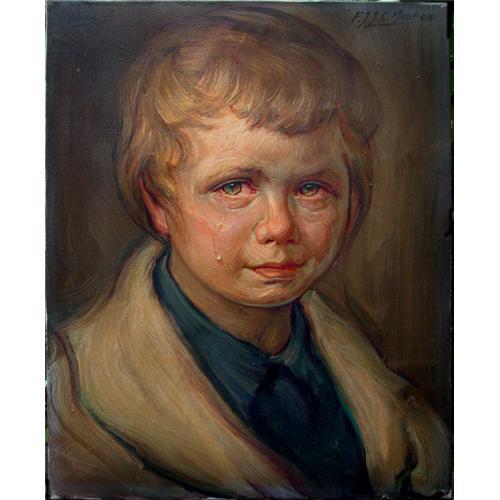 This is about child trafficking in Los Angeles. Here is an excerpt …

I can’t say why, but I was reminded of a Batmobile. That reminded me of the entertainment industry. I began to wonder along those lines like this … Could it be the movie industry is trafficking in children in Los Angeles? Is there a network of actors that are pretending to be parents and snatching up children wandering in the baby stores in LA? Could it be that is where all the missing children ads originate? Not from family quarrels, but from Batmobile snatchings at Buybuy Baby? No way, right?

I know I have taken a long time to talk with you all about this; every time I have thought of talking about it, the Dark has been doing that Mind Slide thing, and forget about it. When that happens, and I notice it, it is a ‘heads up’ for me that something that needs saying is in the works.

Finally I remembered it today. It is a Sunday; it is a blessed day, and there is a lot of good energy on Sundays, in the San Fernando Valley. So here it is …

A few weeks ago … I think it was Monday, 18 June 2018 at about 4 pm … I was in a parking lot on Topanga Canyon Blvd and Erwin Street in Woodland Hills, California. I was near a children’s store … one of those chain stores like “Toys Are Us,” but it was a baby chain store … maybe BuyBuy Baby or Babies Are Us … that was about to close its doors. It was sandwiched between an Office Depot and a See’s Candy store in one of the smaller shopping centers in the San Fernando Valley.

And I saw a child about 5 years old, a boy, who had a special light about him; one of the saintly children that are sent to Earth to help humankind. And this very fair young boy was with his mother.

Immediately I saw him, and thought how wonderful it was that we had another Lightworker in the San Fernando Valley, the Dark came swooping in, and said that it would be there, any minute, for ‘pick-up’.

Typically, I used to … in the old days … say: Well, this will never happen. But I was at a concert a year or two ago … not in Los Angeles, but elsewhere … where a similar thing happened: There was a 4-year-old girl wandering around in the outdoor concert area. And she had a beautiful, Lightworker Light about her. And I had a feeling, then, that the Dark would attack her at night, when her parents were watching the concert and she was wandering around.

And I did not do anything about that. And always, after that, I regretted it; I had a feeling that some terrible thing may have befallen her.

So this time, it happened again, and I said to myself: I won’t let this happen. I’ll just go stand guard, and see whether I can prevent some catastrophe from happening. And then again, maybe I am completely wrong … so then, no harm done! Right? A few minutes lost.

So I noticed that the child and his mother were going into this baby store. There was an entryway area … kind of a hallway, entryway, horizontal area from one left door to one right door, in that building. And beyond that, was the parking lot. On the other side of the entryway hallway, was the area where the toys were on sale, inside the building.

So I went and stood in the entryway hallway, so that I could watch both exits and entrances, to see what might happen, right? I was just wondering: Could this presentiment be right, or not?

I was standing in the entrance way, and normal people were walking in and out … parents with children … the parents a little weighed down by the care of taking care of their children, you know? Wanting to be good parents, and to have enough money to sustain their household … Those kinds of normal cares, right? So that was fine.

A strikingly beautiful, and well poised woman, but not wearing much makeup at all. And very clearly, not a parent. You know? She walked in and started schmoozing and talking up … ‘flirting up’ … one of the cashiers. There were two cashiers, both male. And they had been keeping an eye on the comings and goings of the grown-ups and the children.

So she came in and grabbed the attention of one of the cashiers. So I was watching her, and I was also watching for the child to come back out, unhindered, right? I had a bad feeling about her … Maybe she was a salesperson that came in to the cashier about a line of product. But, it seems to me unlikely, because cashiers are generally not owners.

It was an unusual occurrence … The ‘wrong’ kind of person had walked into the store. It was just weird; parents of young children don’t look like that, as they walk in and out, typically. They look a little harassed; they’re wearing their casual clothes, and so forth.

So she kept talking. So there was she, standing right by the cashiers … which I could see, because the entrance corridor was made of glass on the side by the store. And there was also glass, looking outside, and glass on the doors. So it was a good vantage point for me.

Shortly after she walked in, a man walked in. He was taller than she by about a foot; about her age; and I would say, well proportioned. Like her, he was a Caucasian, but unlike her, he was dressed casually and unobtrusively, in loose-fitting slacks and a casual, solid color shirt.

And he was very reserved. He was doing that thing, you know, where you fit in with everyone, and you say just the right things, and you do the expectable thing. And not the thing that is deep in your mind, but the thing that the other person expects you to do. You know? Two-faced … but not apparently so. Very good at dissimulating.

And so he came in, and from appearances it would seem that he did not know the woman, right? The woman in black. But he stood near her, looking uninterested, right? He stood near her, by the cashiers. He was just standing there.

Now this scenario continued for some time. And I kept watching … anxiously watching the children going in and out … because I did not know how many players were involved in the thing, or whether a performance was taking place, right?

It seemed like a long time went by, but most likely it was only 10 or 15 minutes. Finally, I spotted the child and his mother coming out of the door opposite me. They went out with a couple of other people, so it was kind of complicated … There was like a ‘glom’ of people at the door … one or two other people, the child, and his mother, all leaving through the door at about the same time. The child was very active … he was a very alert and active child.

Just as they went through the door, in that gaggle, the woman in black came sliding through the midst of them. And the feeling that I got was her mind, her thoughts, were ‘hooking into’ the child. But just at that moment  the mother reached her hand backwards towards the child, and bade him come to the right.

Then the woman went out, slightly to the left, and straight ahead, into the parking lot. So I went and looked. And the man was not there, at that time. He was not one of those people.

So I went and looked what was going on. I saw the mother and her child join two other people (not the people that had been in the doorway, I’m felt) in a car. I assumed that was ok.

And I saw the woman in black get into a white sports car … looked like a brand new car, and make off.  The car was long and low. The hood of the car was very unusual … flat and wedge-shaped, set at an angle that went from the windshield almost down to the ground, with two rows of about 5 slits set at opposing diagonals along the hood, so that it the car seemed to me cruel and swift, probably custom, and probably very expensive.

I am sorry to say I have been unable to find a photo of a similar car online. This photo is the closest in ‘feel’ to the car that I saw, that I can find …

Video: “One-Off Ferrari 458MM Speciale,” by TheStradman … https://www.youtube.com/watch?v=KMtlEryQBPg … COMMENT: I see from online these are right expensive cars, which leads m to guess there must be a great deal of money in child trafficking.

I can’t say why, but I was reminded of a Batmobile. That reminded me of the entertainment industry. I began to wonder along those lines like this … Could it be the movie industry is trafficking in children in Los Angeles? Is there a network of actors that are pretending to be parents and snatching up children wandering in the baby stores in LA? Could it be that is where all the missing children ads originate? Not from family quarrels, but from Batmobile snatchings at Buybuy Baby? No way, right?

Then, on the psychic plane, I heard this: I heard that there is a witch’s coven near that place, and that they were located there on purpose, to snatch children from that place for the child trafficking trade. Whether there is any truth in this, or not, I do not know.

But I do feel that our community should be on the alert for their children in those kinds of stores. I feel that with definite certainty: Watch out for your children.

I feel certain law enforcement, were they to hear this story, would say:  So what? Nothing happened. And of course I understand their point of view, since I am sure they have their hands full, dealing with the nitty gritty.

But from my own point of view, something did happen: It was like a play within a play, or a scenario taking place, that had a feel to it, of a well rehearsed game plan. So, I feel: 50-50, might be true. Better be careful.

All right, parents, take care! And take good care of your children, who are the blessing of the future of Earth. God bless you all.

Alice B. Clagett
In love, light and joy,
I Am of the Stars