Here is an interesting read, in case you know anyone diagnosed with obsessive-compulsive disorder …

In my own work, from an intuitive stance, I find indications that the psychiatric diagnosis of obsessive compulsive disorder sometimes seems to relate to multiple personality disorder (dissociative identity disorder). That is because it seems to me that full-on OCD may be accompanied by fugue state and acting out of violence that is unremembered in the normal, laid-back state of OC (that is, the likeable OC personality that we associate with the TV series “Monk” and with the Jack Nicholson movie “As Good as It Gets”).

I note in the above-cited NIH article a quotation by James S. Julian. The quotation was taken from his book “A Secret Life,” 2019, p 9, 163. Apparently James Julian was diagnosed OCD and received medications for that.

He says he has felt as if he were possessed by the devil. Then just after that there is a quote by him that has to do with other people’s minds. This is the sentence that begins with the words “Wherever you”. It is interesting to me how that sentence is phrased, as it seems to me it might be difficult for most people to figure out what it means.

It seems to me, as an intuitive, that James Julian may be saying in that sentence that he is able to read other people’s minds either through possession (by being inside their minds with them), or else by sending his mind to hover just outside their minds, so that he can discern what they are thinking.

END_OF_DOCUMENT_TOKEN_TO_BE_REPLACED 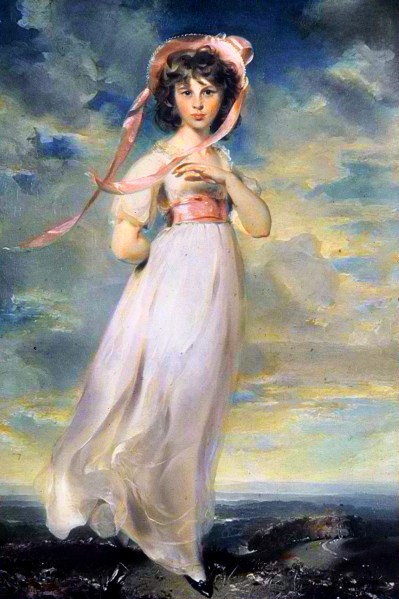 END_OF_DOCUMENT_TOKEN_TO_BE_REPLACED

I have a new drawing for you … ‘Rough Young Man Possessed by a Demon’ … This was a person I saw in Santa Monica, California, at 2:20 pm on 5 February 2020. I was on my way to a dental appointment. I was paused at a stop light on Santa Monica Blvd or thereabouts. A man approached me from the north side of the street. He was a Caucasian man, a little taller than 6 feet, very handsome in a ‘biker’ way, about 35 years of age, roughly dressed. I noticed him because he looked very like an acquaintance of mine, but as if he were the second man’s son and near likeness.

In my mind I thought of the ‘mimicry’ or ‘actor impersonator’ instances I had run into from time to time in recent years. I sensed the Soul signature of the man on the street was the one that had been causing me a lot of concern in the dream world lately.

Could it be a glom that was occurring astrally, in dreamtime, because of his physical resemblance to that of my acquaintance? Could it be that the astral form of a person while dreaming by any chance homes in on people who look like other people, and creates these astral gloms of which I have spoken in past? If so, that would explain why these dreams prove false; they might have a nightmare quality because the napping astral traveler mistakes one person for a person whose physical form is similar … I wonder if that might be so.

At any rate, as to the Santa Monica man, I was instantly put on alert as I sensed he was full of vital force (as is often the case with antisocial personalities). As well, I psychically sensed a demon riding him, similar to the demon I had seen on the back of an Oriental grounds worker in Northeast Los Angeles in 2016 …

I was also reminded of a man whose car had sped past me on Pacific Coast Highway in the early 2000s. That was a 20s or 30s Caucasian man, handsome like a movie star, sitting on the front of the trunk of an expensive convertible (on top of the back seat). He was wearing a long scarf that blew in the breeze. He seemed oblivious to the danger in which he had placed himself. Like the man in Santa Monica, he was staring at me. Psychically, I saw a demon riding on his back.

Then there was the sudden obsession of the short, white-haired man with the trembling pinkie in North Hollywood, which I witnessed, psychically, some years ago. That was a man who had been stalking me for about a year (but nothing bad came of it, thank goodness). I wrote about it in the year 2019, but the event happened in about the year 2013, as I recall …

That is just four instances of ‘demon sightings’ in about 20 years. Not a lot. I think maybe what I saw psychically may have had to do with the people in question suffering from drug addiction. That is just a guess.

At any rate, this last man, the one in Santa Monica, made for my passenger-side car door. I sensed imminent physical danger, and eased off the brake just as the light changed. Fortunately, that was an end to it.

The drawing below is not really accurate; it is too innocent in character. The person in question seemed almost like ‘consummate evil’ and at the same time capable of being infinitely alluring. That is how it seemed to me. That is, I feel, the ‘glamour’ or ‘black magic’ that demonic obsession or possession lends the physical form of the person so unfortunate as to be obsessed of possessed by a demonic entity … 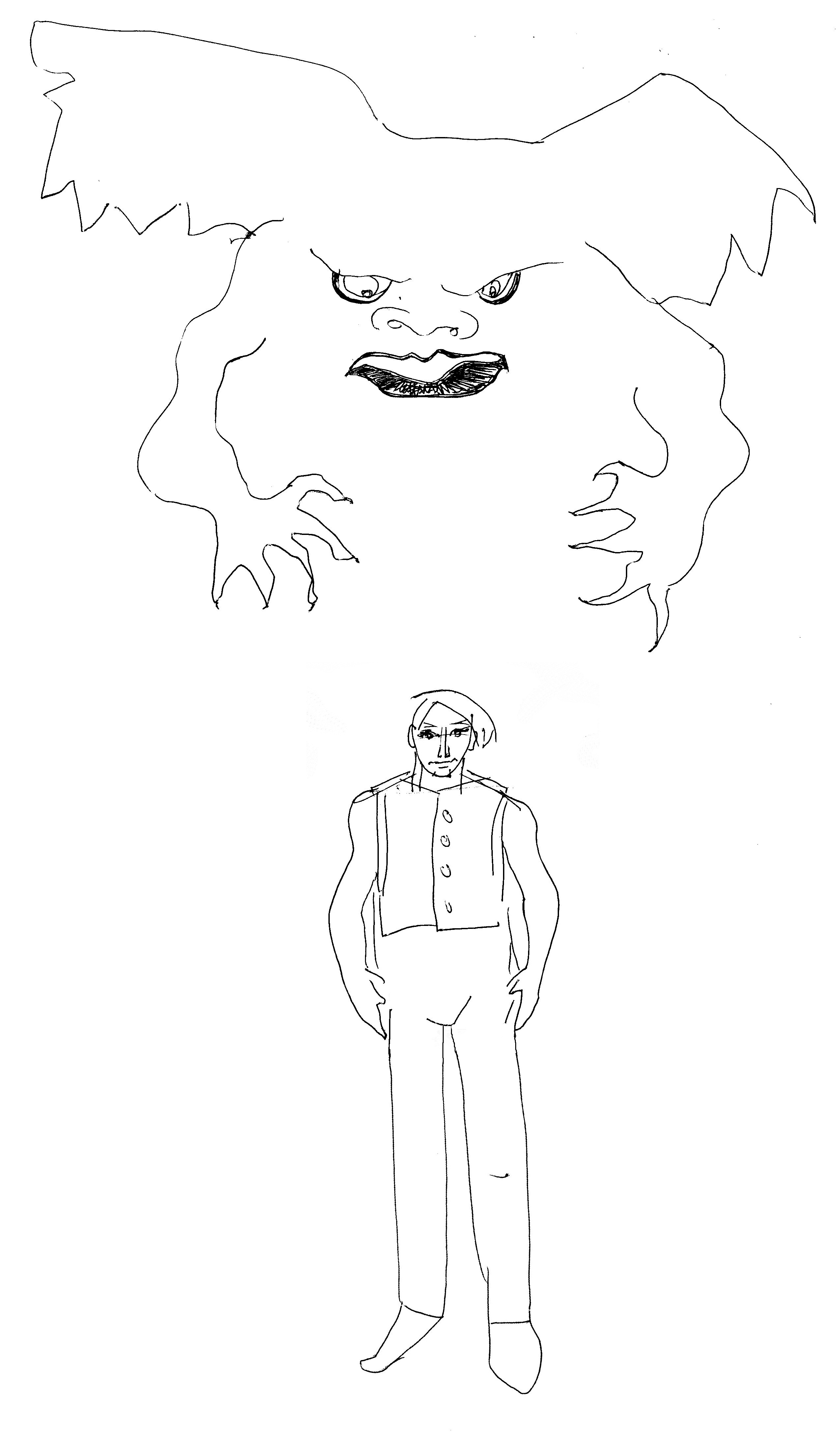 NOTE: One thought I had about these encounters was that they might have had to do with the ‘allure’ a person exudes when under the influence of ‘hard’ drugs. Or else, it might have been a dreamtime realm dimensional crossover or ‘merge’ with the real world (a merge of 4D with 3D) that was so seemingly real and physical it qualified as a ‘vivid waking dream’ according to Ascension lore. They might also have been complicated instances of the clair ability known as psychokinesis.

Written and published on 9 July 2019
Previously titled: Encounter with a Multiple Personality? 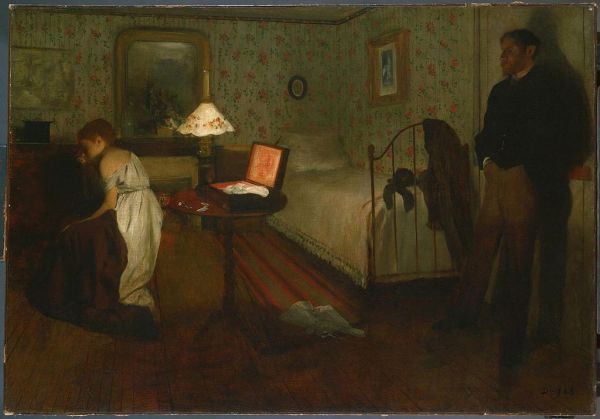 I ran into a case, recently, of a man with two very opposite personalities and ways of dressing. I will be describing these personalities in the current blog. This man is different from the man described in ,,,

The Theory of Multiple Personality Disorder

The Theory That Some People Are Leading a Double Life

It might also be that these men are consciously using different ways of dressing and behaving because they are leading double lives.

The Idea That the Man Is Selling Drugs to Children. For instance, one of the people I have spoken with about it thought the man described below might be selling drugs to children or otherwise misbehaving.

Sales of drugs to minors is an issue we are looking to prevent through Neighborhood Watch here in my neighborhood, and that might account for the high alarm in the emotional affect around prior astral stories I overheard regarding the man I saw on the physical plane recently, as described below.

THE MAN WITH TWO PERSONALITIES

Here is the story of the multiple personality with two personalities. He is a man I had met several times a long time ago, so I recognized him. This man is a Caucasian in his mid-forties, with regular features generally considered good looking, and of  average weight for that age.I had known him as a kindly, upstanding person, as in the second persona described below …

The Mean Hombre at In-and-Out Burger in Moorpark

The first time I ran into this man in recent years was the afternoon of Saturday, 15 June 2019.  He was waiting for an order at an In-N-Out Burger in Moorpark, California.

The man was wearing a shirt and jeans with no fabric to spare, His hair was in a buzz cut with a topknot, like the samurai haircut now in fad, but without the beard …

As he turned away from the counter and toward me, I saw a look of utter hatred on his face; yet his eyes were not focused upon me. It was nothing personal, I felt. Rather, he had a sort of zombie look, almost as if he were enspelled … as if voodoo had been done on him. I had the sudden, fleeting thought that here was a man who had lost his Soul, and who was somehow obsessed by a feeling of hatred. It was a striking encounter.

The other encounter took place one week later, the afternoon of Saturday, 22 June 2019. In that instance, I saw the man walking a beach rental bicycle at a crosswalk near the Venice Beach boardwalk, about 40 miles from Moorpark. It was at the intersection of Windward Avenue and Pacific Avenue, catercorner across from the restaurant Mao’s Kitchen.

This time the man wore loose casual clothes: a light brown T-shirt and jeans. He had a few days’ growth of beard, and he wore a medium brown, medium length man’s toupee, which was a little lopsided on his head. He acted as if he were lost and confused … ‘out of it’, as they say. Again that day, It looked as if his eyes were not in focus.

That was a few weeks ago, and I have been wondering about it ever since, especially since I had met him some years ago, in a different context.

COULD WEARING A RAM’S HEAD WHILE HAVING SEX CAUSE DOUBLE PERSONALITY?

A few days ago I had a flash of intuition. Of course, one can never tell about intuition; and in this instance the hunch was downright weird …

I thought, maybe this person has been wearing a ram’s head as part of one of those witchcraft or black magic cults?

Could it possibly be that wearing a ram’s head, or maybe a Satan head with horns, might, over time, lead to multiple personality? … the famed Dr. Jekyll and Mr. Hyde effect … 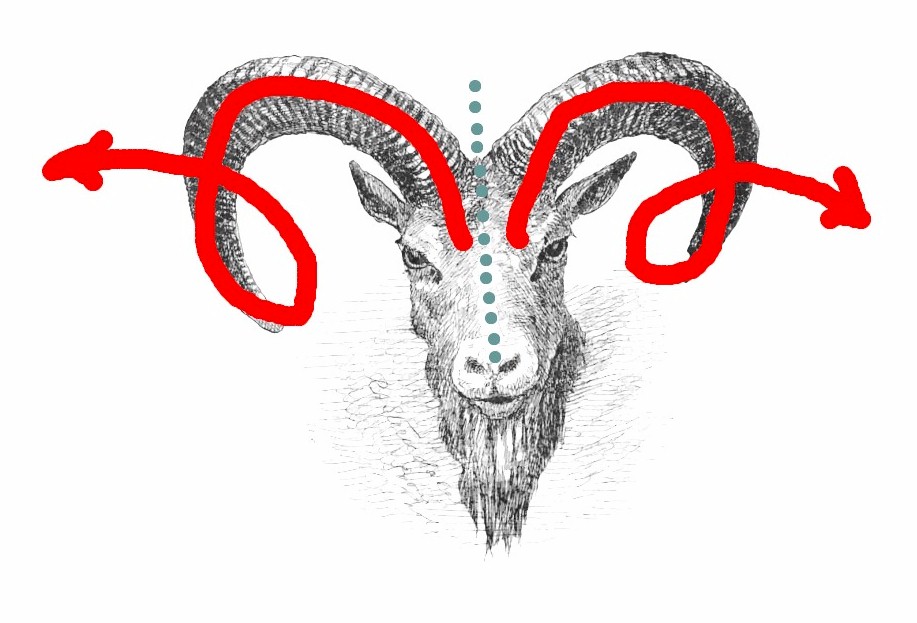 I would be the first to admit this is a pretty wild theory.

Link: “Hellworld Scenes versus Personal Empowerment,” by Alice B. Clagett, written and published on 4 April 2018 … https://wp.me/p2Rkym-8xd … See the section: GHOSTS OF PEOPLE WHO SUICIDE ON DRUGS

Written and published on 13 July 2018; revised
For the Madame Blavatsky text, I expressed bolding as BLACK FONT, and lack of bolding as MEDIUM GREY FONT. My comments are interspersed throughout; I used violet for my comments that are bolded, and medium blue for my regular comments.

Here is a passage on men who lack Souls, by the Theosophist Helena Petrovna Blavatsky. Subheadings, bolding, bulleting, and paragraphing are my own.