This is a children’s story, with masks and drawings to illustrate each point.

Here is a video about imposter spirits, and how to avoid being fooled by them …

END_OF_DOCUMENT_TOKEN_TO_BE_REPLACED 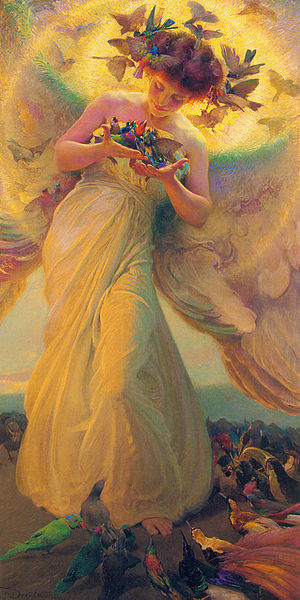 Image: “The Angel of the Birds,” by Franz Dvorak, 1910, in Wikimedia Commons … https://commons.wikimedia.org/wiki/File:Dvorak_angel.jpg … public domain …

COMMENT: This painting seems to me to be of a deva of the songbirds.

Here is a series of six videos on “Talks with the Songbirds of Earth.” There are Summaries after each of the videos …

END_OF_DOCUMENT_TOKEN_TO_BE_REPLACED 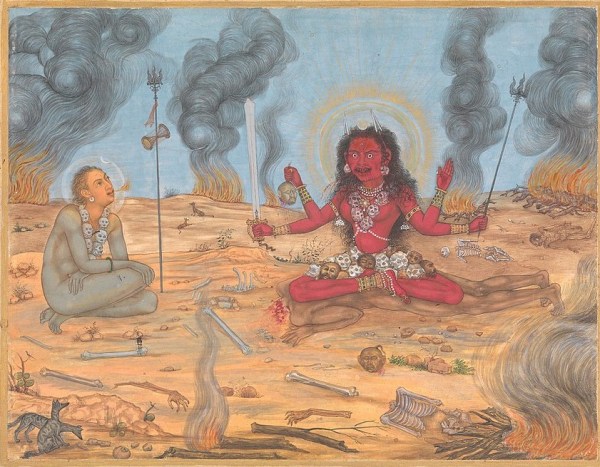 I have clairly found that Intersex genetic and sexual features (that is, hermaphroditism) may be linked to a variant of antisocial personality disorder. I term this variant ‘Intersex Antisocial Personality Disorder’; that is a name I have coined for it. END_OF_DOCUMENT_TOKEN_TO_BE_REPLACED

Here is a tidbit for the budding shaman … raven onomatopoeia? I have heard grown-up ravens patiently teaching their young how to warn the flock of hawks circling overhead, and of the number of hawks in the air nearby (by the number of calls ‘hawk!’).

END_OF_DOCUMENT_TOKEN_TO_BE_REPLACED 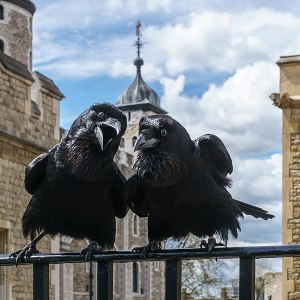 Image: Raven Talk, by Colin, 30 April 2016, in Wikimedia Commons … https://commons.wikimedia.org/wiki/File:Jubilee_and_Munin,_Ravens,_Tower_of_London_2016-04-30.jpg … CC BY-SA 4.0 International … DESCRIPTION: “Jubilee and Munin, Ravens of the Tower of London. Jubilee was hatched in Somerset in 2012 and wears a gold band. He was given to the Queen on her Diamond Jubilee. Munin was hatched in North Uist in 1995 and wears a light green band. She is the oldest raven at the tower. Identification confirmed with Chris Skaife, Ravenmaster at the Tower.”

Here is raw footage of raven talk from Paramount Ranch. Note the red-tailed hawk that circles above the trees twice during the video. There is some talk during the video, but it is raven talk, so there is no Summary after the video …