The day before yesterday I found this on my outdoor barbecue. It feels to me to be symbolic of the struggle of the poor to gain a financial foothold in the world, and especially here in America … 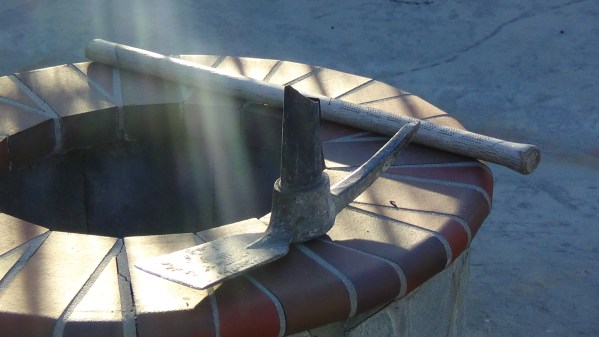 END_OF_DOCUMENT_TOKEN_TO_BE_REPLACED

Here is a Call to Action: Would someone in the know please prove or disprove the allegation that the Spectrum Internet provider has a sideline or ‘second income stream’ of phone-pole wired and/or internet surveillance offered to the highest bidders in the arena of corporate and national competition? END_OF_DOCUMENT_TOKEN_TO_BE_REPLACED

Written and published on 2 September 2021

Link: “How to Speak Directly to an IRS Agent,” by TaxSlayer Pro … https://support.taxslayerpro.com/hc/en-us/articles/1260807635769-How-to-speak-directly-to-an-IRS-agent?fbclid=IwAR0YxdrIsFBFMpYBPqU96aDOJFBFM7AnhepCJmk9G1paSqCmWJCoJlGOWpU ..

… but I had to sit down and call, time after time, to get to an open line. What the person with whom I spoke said is that 2020 tax returns are still being processed. That is a 4-month delay from the usual processing time. She said it has to do with understaffing because of COVID.

That might be the partial cause; but in addition I feel that, if the IRS budget was strained by lack of income from 2020 tax returns (say, because taxpayers made less than the IRS projected based on prior years) then the IRS might have needed to hold back on 2020 tax refunds till the date of the third estimated tax payment for 2021. That is 15 September 2021, about 2 weeks from now.

My hunch is that influx of cash in the next few weeks might make it possible for the IRS to honor its commitment to send us our 2020 tax refunds.

In addition I have found USPS mail delivery in some American small towns (Durango and Upper Marlboro in my case) to be unreliable since about 2014. The US Postal Inspector is apparently unable to set things aright.

Three barometers of the American way of life are taxes, mail delivery, and the right to own real estate. As two of these are faltering in a way that seems from my stance to be unprecedented, my hunch is the United States may be undergoing a ‘sea change’ similar to that experienced by the USSR when it decentralized in December 1991.

In 2019 I wrote an article addressing the issue what we might anticipate here in the US were such a process to occur, in case you would like to take a look …

Link: “What If: Will the United States Become Less Centralized?” … https://awakeningwithplanetearth.com/what-if-the-united-states-became-less-federal-and-more-regional-in-government-by-alice-b-clagett/ ..

To that blog I added the following today …

In the event of decentralization here in the United States, I feel the United States might expect to enjoy three power blocks along geographic lines of the three COVID pacts now in place amongst states in the Eastern States, the Midwest, and the Western States …

The Eastern States Multistate Council to do with COVID consists of the states of Connecticut, Delaware, Massachusetts, New York, New Jersey, Pennsylvania, and Rhode Island …

As well, there is the Midwest Governors Regional Pact” to do with COVID. This consists of the states of Illinois, Indiana, Kentucky, Michigan, Minnesota, Ohio, and Wisconsin …

There is also, to do with COVID, a Western States Pact involves the states of California, Colorado, Nevada, Oregon, and Washington …

Here is the map of the power blocks for these pacts, which, I feel, may well be expanded to assure continuity of taxation, mail delivery services, securance of real property rights, and local military defense, in the event of decentralization of the United States … 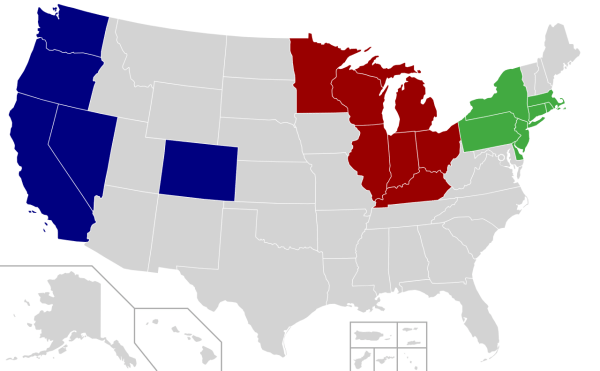 In love, light and joy,
Alice B. Clagett,
I Am of the Stars

See also … Link: “Western States Pact and Possible Decentralization of the United States,” by Alice B. Clagett, written and published on 2 June 2020 … https://wp.me/p2Rkym-is3 .. 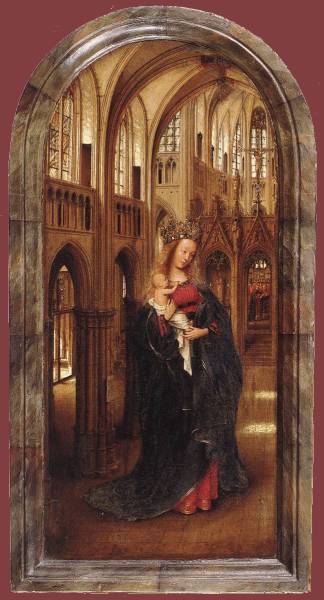 END_OF_DOCUMENT_TOKEN_TO_BE_REPLACED

Quite some while ago I did a Mystery RIFF on the American telecommunications company Sprint. As I recall, at that time, before its merger with T-Mobile US, Sprint had been blitzkrieging me with enticing mail offer upon mail offer of very low priced internet and phone service.

The people from Sprint were at the telephone pole just outside my backyard time after time, always with a good reason why they were there.

This did not make sense to me from an economic standpoint. I could not figure it out; how could they be going to such effort and expense paying for advertising and putting in utility lines when their price for service was so low? We already had a telecommunications service in the area, which worked quite well.

I mulled it over, and as is often the case came up with a Mystery RIFF along the lines of conspiracy theory and disclosure. The RIFF went like this …

I am the first to admit that my Mystery RIFFS are ‘out there’. I really do not know what the operational strategy of Sprint was. Yet I see a value in this Mystery RIFF. For instance, might another utility company come up with this sort of hanky panky?

Here in America, the law still provides us privacy in our backyards. I feel it for the best to uphold and preserve our right to privacy in and behind our homes insofar as we may in the years to come. I feel it is good to keep an eye out, just in case. 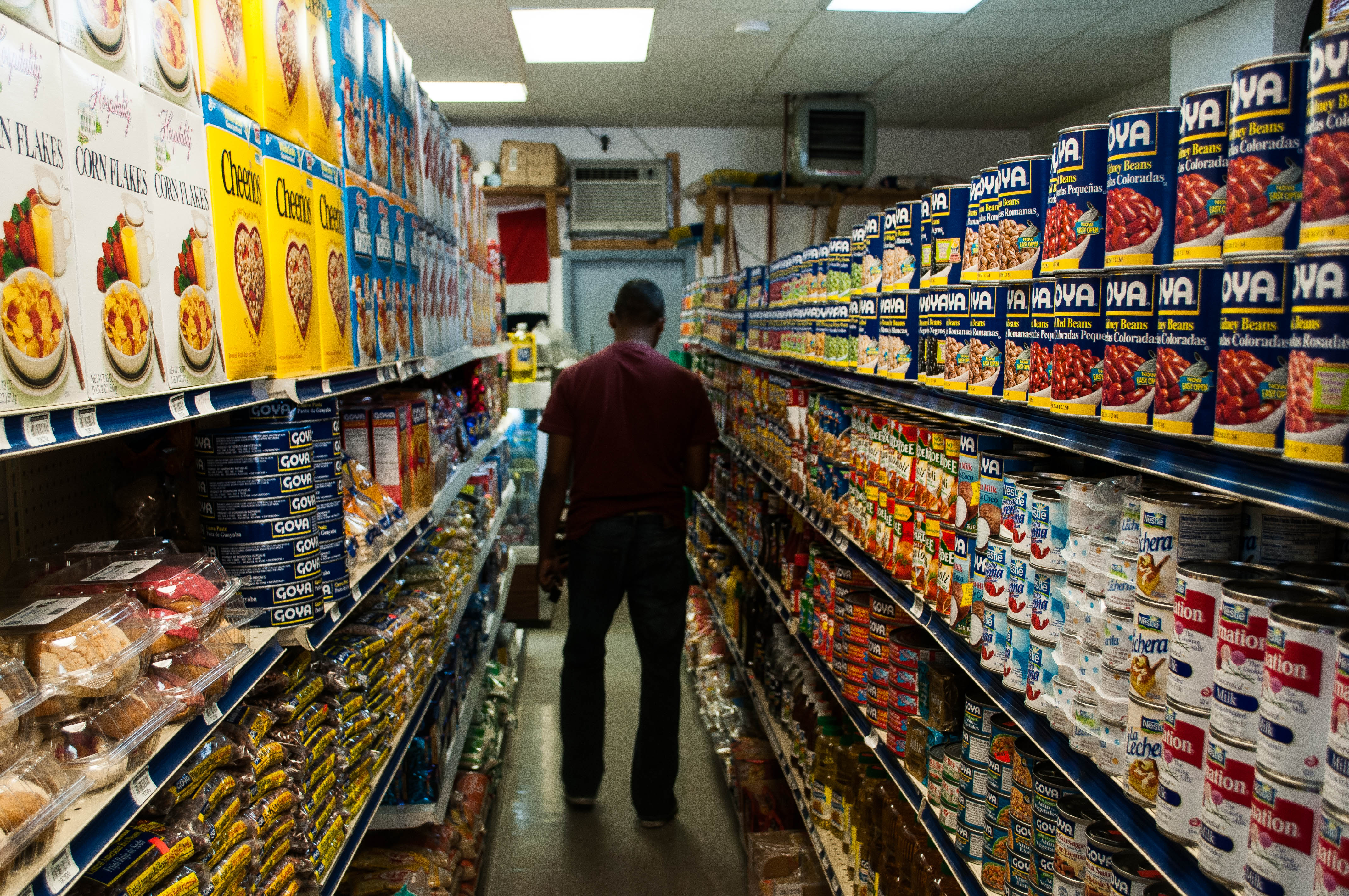 The HVAC then circulates the virus throughout the store, and other shoppers breath it in. To inhale the virus is an ‘insult’ to a person’s immune system, I posit. The more the ‘insult’, the greater the ‘viral load’, and the harder it may be for the immune system to confront and overcome the virus without exhibiting serious COVID-19 symptoms.

I urgently ask Mayor Garcetti and Governor Newsom to mandate that California retailers sanitize the air filters in their HVAC systems daily.

I urge that President Trump propose similar measures to managers of high-rise buildings nationwide, with emphasis on New York and New Jersey.

FORMATION OF THE WESTERN STATES PACT

As you may know, a Western States Pact has been formed in response to the COVID-19 issue. To date, the states involved are Washington, Oregon, California, Colorado, and Nevada …

This is a power block or united front asking for financial help from the federal government in response to the impact of COVID-19 on their states’ economies.

While this power block has a focused purpose, it does present a small step towards consolidating a Western economic region, in a way that is reminiscent of this possible timeline for relative decentralization of the United States into economic regions, with less control by a federal government as a possibility in years to come …

Link: “What If: Will the United States Become Less Centralized?” by Alice B. Clagett, written and published on 6 December 2019 … https://wp.me/p2Rkym-fnm ..

COVID-19, AIDS, and Less Federal Revenues. Among the stressors, in the current scenario, would be COVID-19 affecting the current economy of the large United States cities; AIDS (which prevents having viable offspring) affecting the Eastern Seaboard economic region (which is hard hit by AIDS) first, and other regions later; and in the short term, inability of the federal government to provide financial aid because of decreased tax payments next year because of unemployment caused by lockdowns this year.

The Price of Water and the Potential Need to Grow Crops. In addition, here in Los Angeles the price of water has made it untenable to raise crops; water prices may rise elsewhere in the United States as well. For those in the cities, I suggest a power block lobbying for reasonably priced water. For those who can move away from the cities, I suggest moving to regions of plentiful rainfall, so that a sustainable or survival-oriented lifestyle can be maintained if necessary.

COVID-19 LOCKDOWNS VERSUS THE COMMON GOOD

My feeling is that riots and curfews are happening in New York, Los Angeles and elsewhere because people who have no savings have been prevented from making a living by lockdowns in the urban areas of the United States. My hope is that our mayors and governors will see the wisdom of balancing relatively few lives lost through COVID-19 against social unrest caused by inability to get work.

Italy, for instance, was very hard hit by the epidemic, yet their people are going back to work and reopening churches. In addition, Dallas, Texas is doing so. From available news, the resurgence of COVID-19 in Wuhan, which reopened for business a while ago, has been far less in numbers than the good caused by the ability of the people to feed and clothe themselves.

In other words, I feel that, in terms of lockdown or return to normalcy, we must weigh the common good against our fears regarding possible, but as yet unproven, negative outcomes. For all we know, the worst is over, and better days lie just beyond the horizon, nearly within our ken.