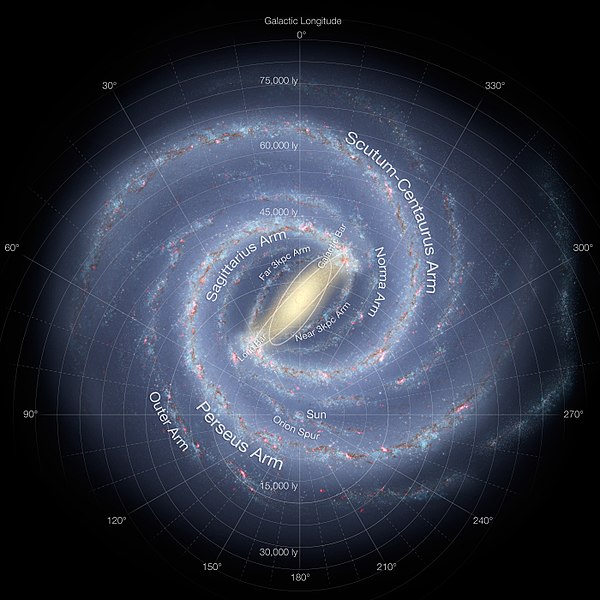 FOR THE LIGHTWORKER: HOW TO PREVENT NIGHTMARES AND DARK DAYDREAMS

Among the darkest, densest noospheric energies on Earth are Reverse Kundalini or Black Tantra nightmares at night, vivid waking dreams, or clair-sensing of astral stories that involve these energies.

These may include visions or clair auditory experiences of Slave Planet Blues … of men raping women; men sodomizing men; people obsessed or possessed by the Demon Realm or made into human ‘donkeys’ by voodoo cults; people overdosing on hard drugs such as cocaine, heroin, and morphine; conspiracy theory marijuana day dreams (‘pot dreams’);  visions of child trafficking or child abuse, pariah or shunning or expiation, torture, genital mutilation, mafia ‘hits’ or murder of the innocent, cannibalism or blood sacrifice, or other Satanic practices.

These noospheric strands are not caused by Lightworkers, Wayshowers, Pathfinders, Gatekeepers, and healers, whose noospheric energies are of fast-pulsating, un-dense Light, such as the ‘ultraLight’ spoken of by Judy Satori …

For the average person, the experience of Duality is therefore not too shocking. They may have a middling upbeat thought; then in their dreamtime or daydreaming realm a thought of middling sadness, fear, or irritation swoops in as countering opposite. Or vice versa: They may have a middling upset thought; then someone else’s middling upbeat thought form swoops into their ‘mini-noosphere’ … the portion of the noosphere of Earth that is ‘heard’ or ‘seen’ by their own brain.

The sensitivity of a Lightworker is that of healing and upliftment of humankind, of perfection of Soul wisdom and experience of Christ Consciousness … the experience of Heaven on Earth. For that reason, I feel, our glimpsing of the dark underbelly of Earth’s noosphere … the hellworlds of Earth … through the law of attraction of noospheric opposites can be uncomfortable, unsettling, even repugnant.

Repugnance for the densest energies of Earth can cause a Lightworker to tumble headlong from the Higher Dimensions into the realm of cause and effect, whose laws characterize the fourth dimension … the astral realm … and the third dimension … the physical realm beloved by all humans as God’s gift of the experience of life in physical form.

I feel this tumbling down of Lightworkers to be more likely during the 5 years of Solar Minimum that take place during each 11-year Solar Cycle. It is during the Solar Minimums … such as that from which Earth is just now emerging … that there is greatest influx of Cosmic Rays into Earth’s magnetosphere. These Cosmic Rays pierce the Lightworker’s energy field like barbs or darts, inserting tiny pricks of Darkness in our fields of Light …

Link: “Health Risks of Space Weather,” by Alice B. Clagett, written and published on 11 May 2017; revised …https://awakeningwithplanetearth.com/wp-admin/post.php?post=27634&action=edit&classic-editor … See the section: Health Dangers of Cosmic Rays

When we Lightworkers fall from the Higher Dimensions into trying to cure the ills of the physical world, then the Dark lays hold on us.

Attempts at whistleblowing make it clear that law enforcement, for instance, is enmired in the survival of the criminal world, of the mafia, confidence men, and drug lords, because the survival of law enforcement groups depends on the existence of criminals. In other words, without the existence of criminals, the jobs of law enforcement personnel would be at risk. In a way, there is an easy camaraderie amongst these two opposing noospheric energies: the protectors of humankind and the antisocial personalities whose Soul purpose is to devolve to a state of shared consciousness as members of an animal Group Soul … a state of Awareness that lacks individuation through retention of an individual Soul as one of its subtle energy bodies.

In the world of Duality both types of Souls exist: Souls intent on Soul evolution towards God Awareness, and Souls intent on Soul devolution, towards animal consciousness, and eventually towards that innate but not unfolded consciousness of the mineral world. There are also Souls newly born … as it were, just now awakening … just emerging from their protective shells, and not yet sensing the pull of God’s love for them.

When Lightworkers attempts to upgrade these denser energies through whistleblowing, I feel it likely they will find both members of a Dark Tango … both the protectors of humankind and the antisocial personalities involved in the dance … will turn upon them and attempt to change the energy of the Lightworker into an energy more like their own.

This may be, for instance, through accusation of crime gangs that a Lightworker is a prostitute hooked on drugs, and affirmation by law enforcement through imprisonment, gang banging, and death in prison. Or it might be by assassination, as was the case with President John F. Kennedy and of many human rights activists worldwide …

Why would this scenario take place for whistleblowers, over and over again? I feel it takes place because there are Souls which incarnate on Earth with intention to experience the denser realities. I feel that God has agreed to allow them these denser Light experiences, through His creation of this Free Will planet on the far reaches of this, the Milky Way galaxy, which is our home turf.

Were it not possible for Souls to chose Soul devolution on Earth, then how might it be said that we experience the illusion of Free Will? Of course, all Creation is of God and within God, so the struggle is simply that some spark of Divine Awareness … His own creature … we ourselves, for instance … desires to experience His all-encompassing love; or else has forgotten that it is His creature; or else wishes to experience Self without the experience of the All.

No matter what our choice, yet we allow God the experience of love of Other, which, when you are Everything, can only be accomplished through creation of the illusion of Duality. That is pretty good sleight of hand on God’s part, and fun for the Lightworker to view ‘from afar’, so to speak.

Some, for instance, have incarnated as Victims, and others as Victimizers …

The Earth reality experienced by Victims and Victimizers is worlds away from the Earth reality experienced by Lightworkers, Wayshowers, Pathfinders, Gatekeepers, and healers. Yet, from the Higher Dimensional Realities we can peer down into the denser realms … the Purgatory realms and the Hellworlds … and, through the quality of empathy we can experience their suffering, or their anguish.

The truest experience of the Lightworker on Earth is that of neutral observer of the anguish of the lower realms, and of experiencing, within our own physical and subtle bodies, the highest energies of Light. The catastrophic experiences of our fellow Lightworkers with regard to whistleblowing confirm this.

Are we here in physical form to embark on a course of action that will inexorably lead to our physical destruction? No, we are not. We Lightworkers are here on Earth to serve as beacons of the higher Light, to light the way for those who wish to take on such a Soul purpose as their own. We are here to show the way, in case others might also wish to walk such a path.

We are not here to save the world, but to be the Light of Higher Consciousness, within our own energy fields. Let us then be that Way and that Path and that Light. Let us faithfully do those spiritual practices that uplift and preserve our experience of the Higher Realms, knowing that our personal experience of the highest Light is all the good we need to do here on Earth.

Let us allow God, in His own good time, to transform the densest energies of our noosphere, and to inspire those in the Dark Tango to transform their energy fields to the Light, through their own Free Will, in accord with the Divine plan for the return of the physical realms to God consciousness. His open arms beckon everyone to come home to Him, in this the time of Ascension, of the awakening of humankind to New Life on New Earth.

Written and published on 27 November 2020

Link: “Enlightenment I: On Mastering the Subconscious and Conscious Mind,” by Alice B. Clagett, written and published on 17 June 2016, revised … https://wp.me/p2Rkym-5zc ..

Link: “Enlightenment II: Raising the Kundalini to Heal the Human EMF and Alleviate Ascension Symptoms,” by Alice B. Clagett, written in April 2014, published on 15 June 2016 … https://wp.me/p2Rkym-5yX ..

Or see my blog categories on Satanism … Disclosure … Child Molestation … Sexual Abuse … and so on.