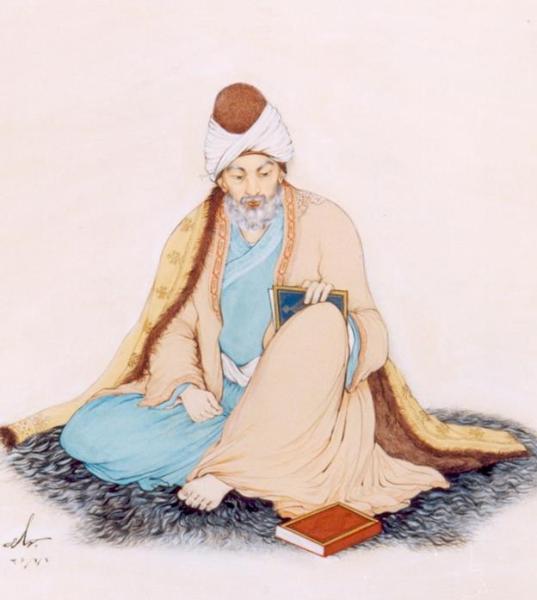 Mystics down through the ages have spoken of the Beloved with whom they feel Divine union. Whether these mystics be female or male, when they speak of the Beloved, they term themselves the ‘wife’ of That One. Why is that? That is because they feel themselves to be totally immersed in the Beingness of the Divine.

END_OF_DOCUMENT_TOKEN_TO_BE_REPLACED

Here is a poem written during the monthly creative writing class I attended at the beginning of May. The stance of the poem I feel to be good for me as a neutral observer of humankind.

Elsewhere in my blogs I express the stance I would take were I a transvestite (a crossdresser) or transgender person dealing with the Ascension clearing process through the Incoming Light. That process also involves neutral witnessing, I feel, but of a different sort: In that field ‘beyond right and wrong’ (to quote the great mystical poet Rumi) each of us stands alone with God, and assesses the what and wherefore of our human condition, the causal incidents of our Soul wounding, and that ruthlessly truthful Awareness that leads to an ever brighter Body of Light.

At writing class last month, we had an assignment to write a story that included certain words. Each person in the class contributed one word at that moment; and the words were: candle, crutch, soar, sadness, transvestite, and excitement.

My gift to the class was a poem that included all those words. Here is that poem for you; the title is “Hold a Candle” ….

“Hold a Candle”
A Poem by Alice B. Clagett
Soundtrack and Words
5 May 2019

Sadness catches
One and all
Then allows us
To recall

How excitement
May sustain —
Double, triple
Each small gain

Trust that
Each transvestite’s fear
May find comfort
Somewhere

Hear their yearning
Sense their call:
I’m God’s child
As are we all.

Written and published on 1 May 2016
Previously titled: “Centering Prayer to Heal the Aggressor-Victim Mental Filter (aka V___ D___ Syndrome),” by Alice B. Clagett

Link: “Holy Spirit Retreat Center: Where People of All Faiths Can Come to Seek the Sacred” …  https://www.hsrcenter.com/ ..

… and there I learned the Method of Centering Prayer described here …

This is a prayer technique taught through Contemplative Outreach, LTD., whose spiritual guide is Fr. Thomas Keating …

It is a simple technique of shutting the door to the senses and the world, focusing on the heart. This center of Awareness could be center of the chest, or the physical heart, which is slightly to the left in the chest …

I took to this meditation immediately, and found it right away led me into the sort of Divine love described in the poems of 13th-century Persian Sunni Muslim theologian, jurist, Islamic scholar, and Sufi mystic Rumi, whose sacred poetry is acclaimed worldwide.

I was practicing the meditation last night, while lying flat on my back in ‘corpse pose’, and noticed the victim-aggressor mental filter (also known on the clair plane as V— D— syndrome) playing out in my mind.

In electromagnetic field terms, I would describe this victim-aggressor mental filter as a filtering of the Incoming Light by a glitch of about three points of Light closure in my crown chakra (7th chakra old-style, located at the top of my head).

As I brought attention from the astral play caused by the crown chakra glitch, back to my heart by repetition of my chosen Word, I felt the glitches fill with Light, and the astral play suddenly ceased. All the actors vanished. I was left mainly in the near silence of my softly susurrating heart.

So there it is, and so I have found: Centering Prayer is a way to heal the victim-aggressor mental filter (aka V— D— syndrome).

What a beautiful song by one of the great mystical poets, sung by Snatam Kaur …

Image: One child is swinging on a playground swing, and a boy is Jumping off a swing. It looks like a four-story school, with dormer windows, and a church steeple in the background. Photographer unknown … https://maidenmermaid.files.wordpress.com/2014/06/a214a47c7102ce2937146cdcc9f4e4ba.jpg?w=720 ..

HOW, WHEN I WAS LITTLE, I THOUGHT I COULD FLY

I remember when I was little, I always thought I ought to be able to fly. Why could I not fly? What was up with this? I remember testing this out in early childhood, over and over. Once I climbed up on the roof of our house, and jumped off onto the concrete kitchen porch. Ouch! Big ouch! I hurt the instep of my left foot.

So I went inside and told my mom my foot hurt. She was pretty busy with cooking and like that, and the distracting demands of my younger siblings. I told her my foot hurt. She said, Why is that? On receiving the explanation, she said: it serves you right! Maybe you’ll stop trying this silly stunt now!

I can remember limping for years. I figure, in the deepest sense, this was God telling me to pay attention to the Earth rules, and take good care of my body. No matter how odd, how limiting, how frustrating, the grounded experience might be.

I’M FROM ELSEWHERE, AND I INTEND TO END UP THERE?

Years ago, I went to a kirtan, a spiritual music concert, and there was a grab-basket of spiritual quotes that were passed around. The quote I got was from the Sufi mystical poet Rumi, who said, to paraphrase, that his Soul was from somewhere else, and that was where he would end up as well.

My gut reaction was: No! Not me!

Consequent to which, I have spent plenty of time visualizing grounding to Earth, tending to my physical and emotional balance and nourishment, reaching out to communicate with other people, and like that.

I do not want to be ending up elsewhere! At least, not now. I want to participate as much as possible in this unique Earthly experience. Though it does seem foreign to me.

I have done some research on Starseed characteristics. There are loads of posts about this, and they are very varied. Here is one I really resonated with, straight down the line:

Link: “Are You a Starseed? 27 Starseed Characteristics That Might Give You an Answer,” by Cara Hebert, 26 April 2016, in Gaia … http://www.gaia.com/article/are-you-starseed ..

Today I figured out that we Starseeds have a mental filter. For the sake of being transparent, I will just call it the Starseed mental filter. I also realized this morning that we are going to have to fight to lift it off.

There are plenty of perks of being a Starseed; these have to do with the paranormal abilities that ‘come with the terrain’. Something we often overlook, being special and all, is the importance of honoring our bodies and the grounded experience.

And so, dear ones, let us Be Here Now. Keeping in mind, we won the lottery. Loads of beings want to be on Earth. While they are graciously and lovingly overseeing our Earth experience, if they have not been here in physical form yet … and the likelihood is they have not … then they cannot possibly know, unless we tell them, the difficulties we are encountering in human form.

So, I have learned, I have to be very specific with my Ascension team. If my left instep aches from time to time, I have to let them know, so they can help resolve this wounded memory.

I am also thinking, to reach out more often, on the physical plane, for spiritual camaraderie with other star beings, Start a program of physical fitness and endocrine gland rebalancing….

These are my personal goals, my intention being to alleviate the drawbacks of the Starseed mental filter. As a Star Being, I’ am quite certain that, if you like this notion, you will want to develop your own to-do list… That us just the way we are!