After the physical realm (3D), the next higher dimension is the astral realm (4D), also known as the emotional realm of Earth).

The daily rotation of Earth from West to East creates in the fourth dimension a current of astral matter that connects the cities of Earth along latitudinal lines.

Thus the emotions of cities and nations lying along each of Earth’s latitudes can be envisioned as strands of energy woven together in East-West fashion, along Earth’s lines of latitude.

Emotions generated in a city in a particular latitude are, within about a few days, affecting a city in the same latitude on the opposite side of Earth. This is because the astral realm is emotional in nature, and the ‘air’ of the astral realm consists of astral matter, which whorls and circles about, sometimes in local gyres and clouds, but also in global astral currents such as the East-West current mentioned above.

EFFECT OF AMERICAN MASS MEDIA ON EMOTIONS IN AMERICAN CITIES

At this moment, people in American cities are experiencing feelings of anxiety and of being threatened. This has to do with the shock waves of negative emotional energy being sent out by our mass media, which are affecting our tightly packed urban peoples adversely.

Mass media are responsible for the current unsubstantiated but seemingly very real, feeling of threat energy in the large cities of America. Though without basis in fact, this feeling is affecting all of America, and especially the congested urban areas.

Most specifically, feelings of being threatened, propagated by the American entertainment and news industry, are flooding through Los Angeles, California, and Washington, DC.

Along the 34th Parallel North lie The City of Los Angeles and the Persian nations of Iraq, Iran, and Syria, as well as Pakistan and Afghanistan.

THE STATE OF ASTRAL MATTER ON THESE PARALLELS

The tide of negative emotions coursing through the people of Los Angeles and Washington DC is creating waves of anxiety and unsubstantiated threat energy in the Persian Nations and in North Korea, respectively. If left on course, these feelings will become more intense, as for instance, occurs in the case of an anxiety attack. Anxiety attacks feel very real, and can become quite severe in intensity, but are in fact based only on a hormone response within ourselves. This can be the case with cities and nations, as well as individuals.

EFFECT OF VISUALIZATION AND PRAYER ON ASTRAL MATTER

Visualization and prayer have an amazing restorative effect on the astral currents of Earth. They can instantaneously return the latitudes of Earth to a state of balanced calm and normalcy. This has to do with the nature of grace and the relative ease of influencing the nature of the astral (emotional) currents of Earth. Astral matter, being much less dense than physical matter, is much more easily transformed through the power of visualization and prayer.

Let us visualize love and Light, peace and joy, flooding like a tide of celebration, from East to West along these latitudes …

Here is an image for the meditation … 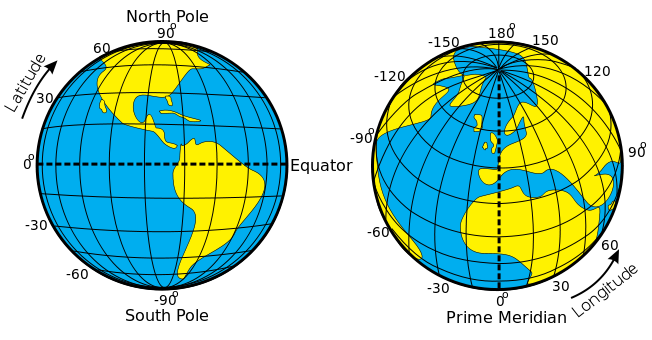