Here is a video on a rhythm of speech to create a calming effect on energies of astral rape in the noosphere. There is a Summary after the video …

This has to do with a few with a few things: It has to do with arrogance … you could say … or a lack of relationship to the Mother, which results in lack of empathy, and increased male bonding, not counterbalanced by the feelings of empathy and love such as a mother would have.

And so, when they descend, what you say is (and paying attention to the soft tone of the voice, and the smooth, slow rhythm of the voice) …

“I Am Irresponsive to Your Plea”
by Alice B. Clagett
Soundtrack and Words
1 January 2019

The next bit of banter may have something to do with a kind of a very mild taunt by one of the men in the astral rape gang; and it goes like this …

“I Thought You Loved Me More Than Anything”
by Alice B. Clagett
Soundtrack and Words
1 January 2019

I thought you loved me more than anything! (Seeming sincere, right?) And this is as far as I have gotten as to the response to this; you will notice it has the same tone and rhythm as the last response  … and it goes like this …

“That Dandelion Thing Is Not for Me”
by Alice B. Clagett
Soundtrack and Words
1 January 2019

All right, everyone … very good luck with this. I hope this works, because the turning of the Atlantean age, which is just taking place right now … back to an era of balance between the Divine Masculine and Feminine … requires us to find a pacific counter to the energies of misogyny that have arisen to a crescendo in 2012, and are now beginning to abate.

Iambic Tetrameter: The Mother’s Heartbeat. I just did some research on the rhythm and the accents of the two examples that I gave, and I found out they are both examples of Iambic Tetrameter … That is, more or less, sets of an unstressed syllable, followed by a stressed syllable … that is the Iamb … it is the rhythm of the heartbeat; and Tetrameter means that there are four such sets of syllables in the line.

As you can tell, it is the feeling of a steady heartbeat, the loving heartbeat of the mother; the very first rhythm that a child ever knows. While still unborn, it feels that rhythm; so it is a very reassuring, calming rhythm. And it helps in cases of anger or upset or rage, or even of unbridled sexual attraction. It helps calm a person’s heart, I feel.

Iambic Pentameter: The Slow Gallop. It is worth noting that there are other examples of the iambic poetry; for example, the one that I always loved: Iambic Pentameter, which is five sets of Iambic syllables. To me that feels kind of like a horse in a slow gallop across a beautiful, summer meadow.

There are examples of Iambic Pentameter in the writing of William Shakespeare, John Donne, and Geoffrey Chaucer. I think that Iambic Pentameter gained popularity because, in those days, people often rode horseback; and that galloping feeling … that slow, galloping feeling … was something that allowed them to compose poetry while on the hunt, for example, or going to war, or just riding a horse for the fun of it. And reciting that poetry probably reminded them of all those adventures that they had on horseback, in their lives.

I found something that helps, in the evening, to still clair chatter in the eighth chakra above the head. What I do is, I direct a clair message, in a calm and kindly tone, to my eighth chakra.

For me this chakra is about three inches above the head. On the clair plane, I am imagining it up here … 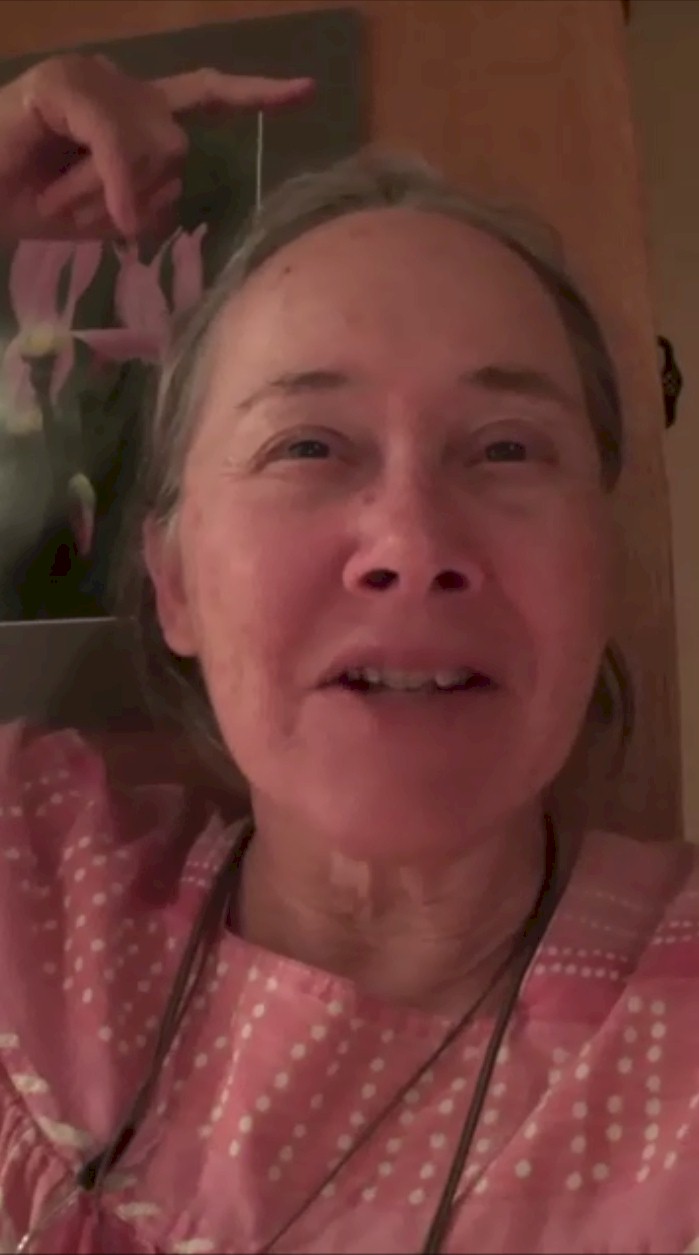 Image: “8th Chakra,” self-portrait by Alice B. Clagett, 14 November 2018, CC BY-SA 4.0 … DESCRIPTION: Head and shoulders view. Right hand points to about 3 inches above the top of the head.

DESCRIPTION: Head and shoulders view. Right hand points to about 3 inches above the top of the head.

On the clair plane, I can hear it up there, repeating. The body elemental of the eighth chakra repeats it for a while. It works like a charm. And it goes like this …

“Affirmation to Still the Eighth Chakra”
by Alice B. Clagett
Soundtrack and Words
14 November 2018

It is as if you are mind controlling what I used to call the ‘astral thuggees’ up there. But another way of looking at it is just as a body elemental, and you are lulling it to sleep … It will just be snoozing up there; that is a kindly way of looking at it.

THREE-MINUTE MEDITATION TO TRANQUILIZE THE MIND

Here is a Meditation to Tranquilize the Mind, from the teachings of Yogi Bhajan. It takes only 3 minutes, and works very well for feelings of anxiety occasioned by sensitivity to solar events. It is useful as an adjunct to traditional medicine …

This is one of the most effective meditations I know of to tranquilize the mind. I used to use it while teaching beginner kundalini yoga classes many years ago. Nearly instant peace of mind, wow!

Take care to place the fingers in position exactly as described.

The link mentions chanting a mantra. A mantra is a word or word phrase used to regulate one’s own mind. The words of each mantra have a particular quality, rhythm, and effect. In the case of this meditation, since the mantra is to be repeated 11-21 times, all on the same breath, I always used to pick a pretty short mantra. Here are a few possibilities:

Of course you can use a longer mantra, too. A few examples:

“Jesus Christ, Lord of the Universe” or
“Jesus, Light of My Life” or
“Mother Mary, pray for me” or
“God, please guide me”

But if you use a longer mantra, you will want to repeat it less than 11 times … just keep within your comfort zone.

Keeping within the comfort zone is important for everyone, and especially so for young people and for expectant mothers. I figure, I cannot expect to feel my heart and live my life from love if I cannot allow myself always to be in my comfort zone.

Here is a wonderful yogic resource for psychological self-help in times of crisis, when no psychologist or psychiatrist, and no psychopharmacologic medications may be available …

Link: “Crisis Kit,” by Kundalini Research Institute … https://www.harisingh.com/KRI_Crisis_Kit.pdf ... good for both men and women, I feel.

I note these sections in the “Crisis Kit” …

The entire “Crisis Kit” is free to download … See the pdf link above.

In love, light and joy,
I Am of the Stars.

Written and published on 12 August 2013; revised 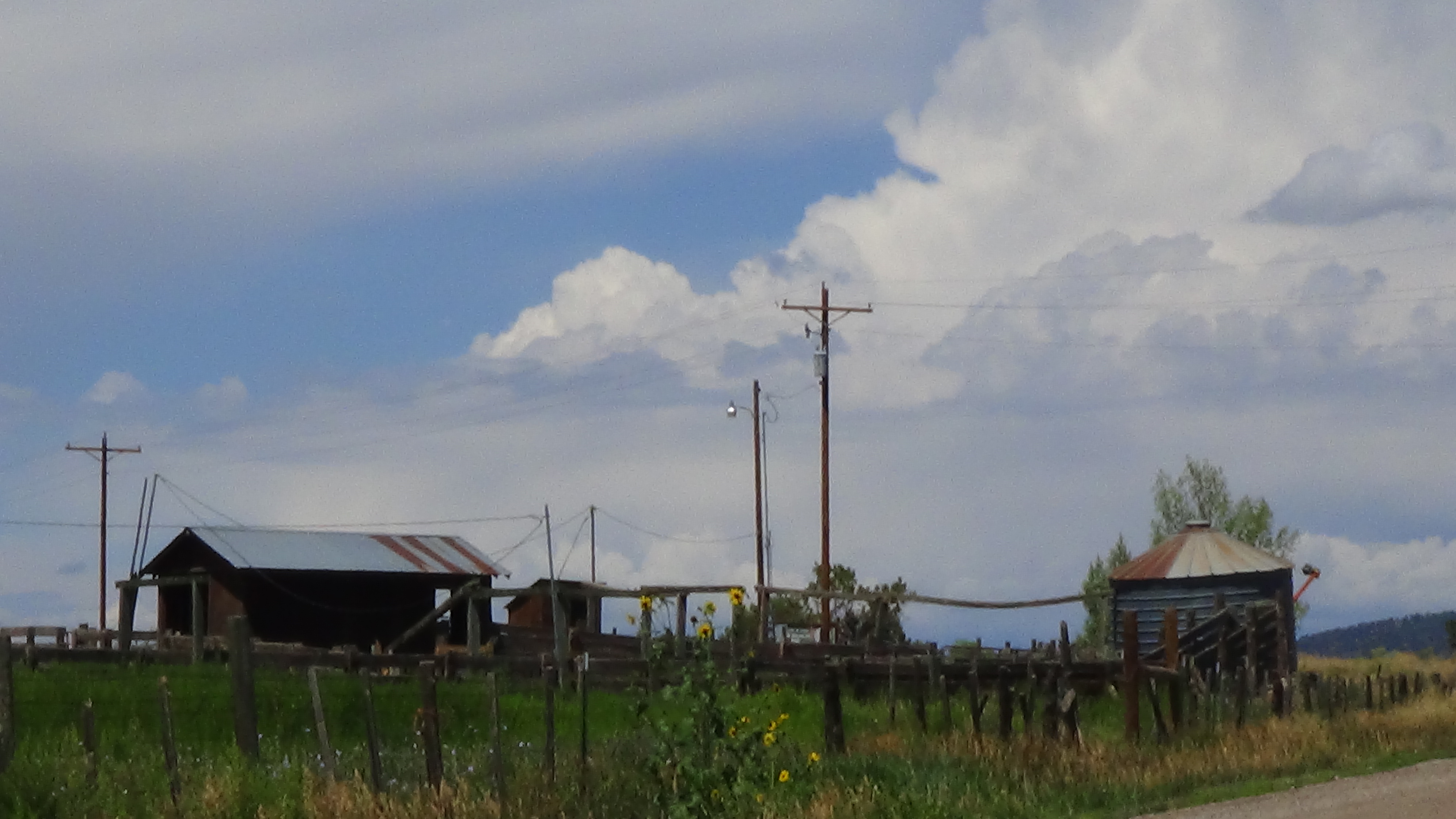