For a person such as I, who has practiced kundalini yoga as taught by Yogi Bhajan, being in the energy field of a person with reverse kundalini is a very great threat to our auric Light. We must learn to recognize this ‘black’ or dark energy and quickly purge it from our auras. 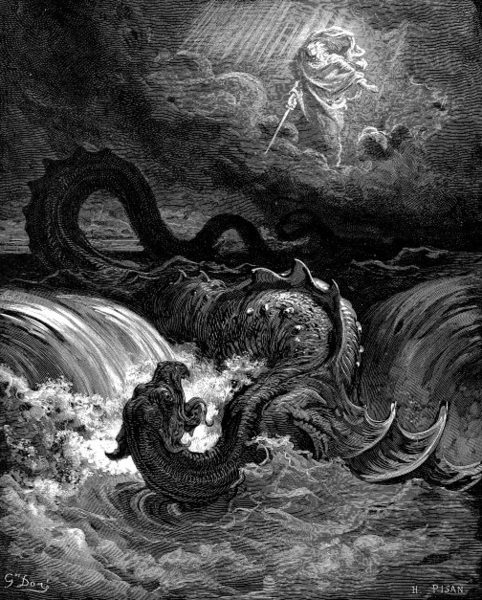 Over the past 20 years I have had many disagreeable encounters with black magicians on the psychic plane. Out of concern to find evasive maneuvers for myself and for others subject to the predations of black magickers, I came up with several large blog categories offering solutions.

The umbrella category is: Transcending the Dark – courage under fire  … Under this category fall several large subcategories: Dissolving black magic in the Light  …  Healing astral intent to harm  … and …  Overcoming mesmerism (hypnosis) through faith

Because of my Christian upbringing, I had always thought it best to steer clear of palm readers, shamanism, witchcraft, Satanic gatherings, and the like. Even reading about the Dark arts seemed to me to be wicked.

I have only just now looked into the topic of indigenous creeds widely practiced in many parts of the world, and apparently practiced under cover of yuppyish spiritual normalcy more and more frequently here in Los Angeles.

I found that indigenous creeds such as Santeria, Candomble, Umbanda, Macumba, and Haitian Vodou are practiced by about 100 million people worldwide. It seems likely to me that the black magic aspects of these creeds may contribute to the noospheric energies of ‘reverse kundalini’ described in my prior blogs.

MACUMBA: INFLICTION OF HARM ON OTHERS

I think this because, according to Wikipedia, some indigenous creeds use their faiths to inflict harm on others. For instance, I read: “Some practitioners purport to use Macumba to inflict harm, financial failure, illness, death, etc. on other people for various reasons.” –from Link: “Macumba,” in Wikipedia … https://en.wikipedia.org/wiki/Macumba … CC BY-SA 3.0

Comments: Getting Round Black Magic Curses and Spells

Infliction of harm through curses and spells is a feature of black magic. Through psychic research (rather than book reading) I have gleaned quite a lot about this aspect of black magic, and ways to get round it and keep safe. See my blog category: Healing astral intent to harm

CANDOMBLÉ: SPIRIT POSSESSION THAT MAY LEAD TO HOMOSEXUALITY

In Candomblé, there is a ritual of possession of a man by a spirit, in the sense that a woman is ‘taken’ by a man, and this may sometimes lead a man, it is thought, from heterosexuality to homosexuality …

“Candomblé focuses on the worship of the orishas or orixás. [16] Practitioners varyingly define these orishas as “African sprits,” “energies”, or “forces of nature”, … and they are often conceived as being ancestral figures …

“Within Candomblé, it is regarded as a privilege to be possessed by an orisha…. As it entails being “mounted, being possessed is regarded as being a symbolically female role…. For this reason, many heterosexual men refuse initiation into Candomblé; some believe that involvement in these rites can turn a man homosexual.” –from Link: “Candomblé,” in Wikipedia … https://en.wikipedia.org/wiki/Candombl%C3%A9 … CC BY-SA 3.0

That the fear of converting from heterosexuality to homosexuality because of spirit possession exists in Latin America aligns with the discussion of black tantra (M2M group tantra) as a black magic practice arousing reverse kundalini (see above). It adds the further aspect of spirit possession, which I have found to be true through psychic observation. For more on this, see my blog category: Obsession – possession – entity attachment – exorcism ..

Haitian Vodou also practices spirit possession. “Vodou practitioners believe that during this process, the lwa [spirit] enters the head of the possessed individual and displaces their gwo bon anj (consciousness)…. This displacement is believed to generate the trembling and convulsions that the chwal [possessed person, ‘horse’] undergoes as they become possessed; …

Maya Deren described a look of “anguish, ordeal and blind terror” on the faces of those as they became possessed…. Because their consciousness has been removed from their head during the possession,

Vodouists believe that the chwal will have no memory of what occurs during the incident…. The length of the possession varies, often lasting a few hours but in some instances several days…. It may end with the chwal collapsing in a semi-conscious state….

The possessed individual is typically left physically exhausted by the experience….” –from Link: “Haitian Vodou,” in Wikipedia … https://en.wikipedia.org/wiki/Haitian_Vodou#Spirit_possession … CC BY-SA 3.0 [Paragraphing is mine. –AC]

I see in this description of Haitian Vodou several parallels to my psychic research over the last 20 years.

My Mind to Your Mind. For instance, there is the thought that the possessing spirit enters the head of the possessed person. For more on this, search this term in my blog: My mind to your mind

The Human ‘Horse’ or ‘Donkey’. That Haitian Vodou terms the possessed person a chwal (‘horse’, someone who is ‘ridden’ by a possessing entity) aligns with my psychic intel regarding a man who became a ‘donkey’ …

As well, it is in alignment with my intuitive rendition of techniques used by black magicians to degrade the Souls of people so as to ‘lord it over them’. These three techniques are described here …

Link: “A Short-Sighted Demon Elimination Technique,” by Alice B. Clagett, Written and published on 31 October 2015; republished on 20 March 2018; revised on 29 July 2018 … https://wp.me/p2Rkym-4fQ … See the section: How Demons Are Tied Down to an Unwilling Human Being Through Black Magic

For more on the techniques used in voodoo to make a man into a ‘donkey’, see my blog category: Voodoo – donkey man ..

Egoic Terror and the Dreaded Mind Wipe. The anguish of the possessed described by Maya Deren I can relate to because of several encounters I had over the years with a Los Angeles black magic cult that practices a mind control technique they term the ‘mind wipe’. For more on that technique, see my blog category: The dreaded mind wipe ..

The first time I experienced this invasion of my Higher Mental Body, and swiping of its contents, which were replaced by the unfortunate mental processes of whatever did the wiping, I can recall being overcome by an feeling termed ‘egoic terror’.

That feeling has to do with over-identification of Soul Awareness with the Higher Mental Body … as if our experience of incarnation had to do only with the thoughts in our brain. Looked at in a positive way, though, the first experience of being ‘mind wiped’ led me to an understanding that it is my Soul Awareness that reflects my true nature, and that this Awareness will stand me in good stead at the moment of death, when both the body and the brain that housed my mental field will no longer be available to me. Thus the second experience of ‘mind wipe’ was much less traumatic to me. And the third attempt, described here, was a ‘fizzle’ from the standpoint of the expectations of the black magicians lying in wait for me …

Fugue State While Demonically Possessed. That Vodouists believe the possessed person will have no memory of the time interval in which he or she is possessed aligns with psychic intel I got while in Durango, Colorado, in years past. That intel had to do with a person who lapsed into a fugue state, committed acts of atrocity, and then snapped out of it, maybe with inexplicable blood stains on his white shirt. For more on that, see my blog category: Fugue state – dissociative fugue ..

Vampirism (Catastrophic Energy Drain) Through Spirit Possession. That the possessed person is left physically exhausted by the possessing entity is in alignment with a psychic experience I had about 10 years ago, to do with vampirism (catastrophic drain of my vital force) through visualization of rectal intercourse by a black magician who was at an unknown distance from me on the physical plane.

In the ensuing years I have heard, on the psychic plane, that black magicians in Los Angeles have afflicted other Angelenos with vampirism through use of similar visualizations. For more on this, see my blog category: Vampires ..

I take it that this experience of catastrophic energy drain may have to do with juxtaposition of the ‘reverse kundalini’ of the black magician’s astral body with the astral form or physical body of a victim whose kundalini is not reversed. As to whether a possessing entity enters the fray, my best guess would be: Sometimes yes, and sometimes no.

I feel the same about shamanic practices. I read online there are 8 million or 9 million people worldwide practicing shamanism. I know that shamanism is considered ‘up and coming’ by many here in America, and that I am swimming against the stream in this regard. My feeling is, though, that insofar as shamanism has to do with curses and spells, it is in alignment, to some extent, with the energies of the person experiencing reverse kundalini.

In ‘bucking the tide’ of reverse kundalini energies worldwide, the person aspiring to the state of kundalini risen must take into account the antipathetic effect of the noospheric energies of black magic practiced by indigenous creeds and by followers of shamanism worldwide.

Written and published on 30 July 2020. Edited and added to a longer blog as well.

This blog has been revised and added to … Link: “Kundalini Risen to Protect Against the Predations of Black Magicians,” by Alice B. Clagett, written and published on 25 July 2020 … https://wp.me/p2Rkym-jgo ..