Filmed on 1 March 2016; published on 12 March 2016
Written in Santa Clarita, California, on returning from a trip up the California Central Valley in springtime.
Previous title: The Great Depression, Homelessness Today, and Criminal Justice Reform

A video about the homeless encampments of the Great Depression, the situation in America today, and the solutions implemented by President Theodore Roosevelt long ago. What answers to this problem might be usefully considered today? Also, American work furlough programs as the wave of the future for prisoners convicted of less notably violent crimes.

There is an edited Summary after the video. Then there are additional sections that supplement the topic of the video.

I thought I would tell you a story that my mom told me, in relation to a newspaper story that I saw the other day. The two are related, but they are miles apart in terms of years and generations …

When I was very young, my mother told me the story of the Great Depression. That was the time she lived through before I was born. In the time of the Great Depression, there was no work to be had. There were a number of reasons why many men could not find work at all. And so, she said, they left their homes and their families, in hopes of finding work elsewhere. And they roamed around and lived under bridge abutments, off the sides of roads, in crude encampments of tent dwellings … and looked for work from there, in hopes that they could get money to support their families.

These tent villages were huge sometimes; and there was some lawlessness there …  sometimes fighting and brawling and alcohol drinking, and maybe even occasionally murders … and of course there was a problem with sanitation, and how they might find enough food to eat; and whether their tents would hold up in a rainstorm, whether they could be warm in the snow, and so forth.

These were desperate men. And the people in the towns, who lived near these homeless encampments, would come to the tent villages, and there would be huge fights and killings and drivings off of people, and so forth.

Then finally it came to the attention of the government, and they tried to think of a solution to this problem. One of the things they came up with, was the idea of hiring these people to do public works projects all over the United States … and often in areas that were rural.

One of the ideas I have is that then they could get into no trouble; there would be no alcohol; they could get their food supplied for them; and they would be with other people who were in equal economic straits, in a place where there was really nothing to be done but very hard work … with good results too, because among these public works projects of the 1930s, many still remain today. Bridges were built all over the United States. They worked on all kinds of public projects, including roads. And they did great work, very enduring work that is still there. They built the transportation system of America.

During a time when there was no hope, the government helped to supply them with a living for themselves and their families.

A Recent News Story about a Homeless Encampment

Consequently the government ordered that everyone leave that area. Some people complied, and some people would not comply. At the time that I read this newspaper article, there were people who were determined to stay and express their right to be where they were.

It is important. This time is now. We do not want homelessness and lawlessness in our cities. But the answer is not violence. The answer is not government edicts to move on. The answer is some constructive thing that can help them to achieve whatever goals they may have that are positively oriented towards society.

I hope this will be considered in the near future, for America. We thought of it long ago. This is just like a redux; it is a return to something to help them maintain their ideal of the American dream, just as we who are homed hope to maintain that ideal.

On Restorative Justice and Work Ethic Education of Prisoners

There is one more thing that I found out during my recent road trip north through California. I was in Ukiah, the county seat of Mendocino County, where there was a work realignment program that allowed all but violent criminals to work at jobs like emptying trash receptacles and road work, and so forth, and then just be in prison at night.

I believe this was for people who had been convicted of crimes that were not notably violent. This seems to be the wave of the future for criminal justice: Not so much to house people in hopeless circumstances, where they simply scheme to get back at society for what has been done to them, but instead to allow them a chance to work towards a change in their attitude … a chance to have jobs like other people have, and a chance to be treated more humanely, so that they can begin to learn the true rules of society. I say this because I feel it likely that people who operate from the perspective of the criminal mind have not been granted that kind of view of the way that society functions, that most people get. So this is a chance to do that.

You all take care. Love you lots. Bye bye. 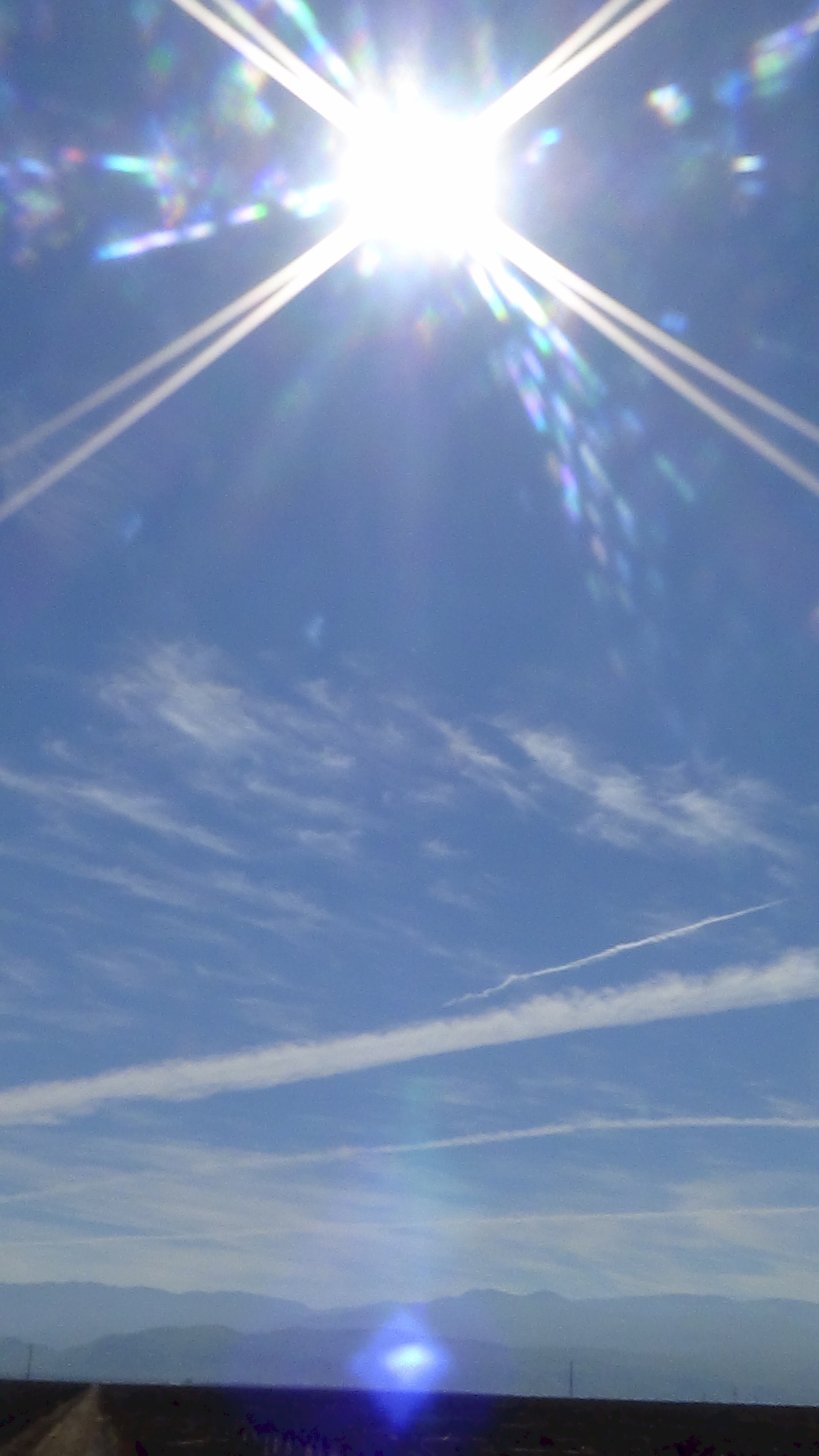 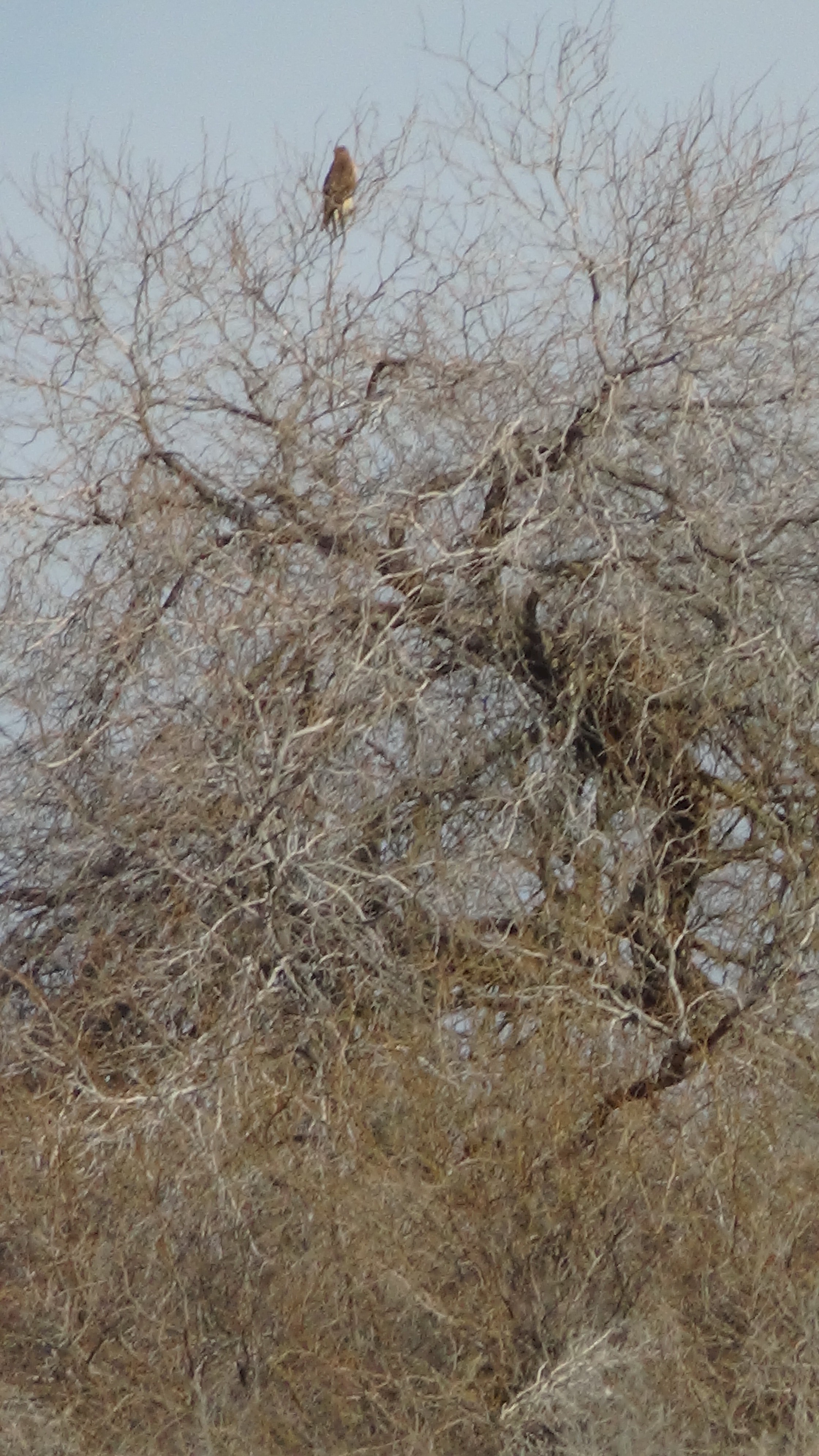 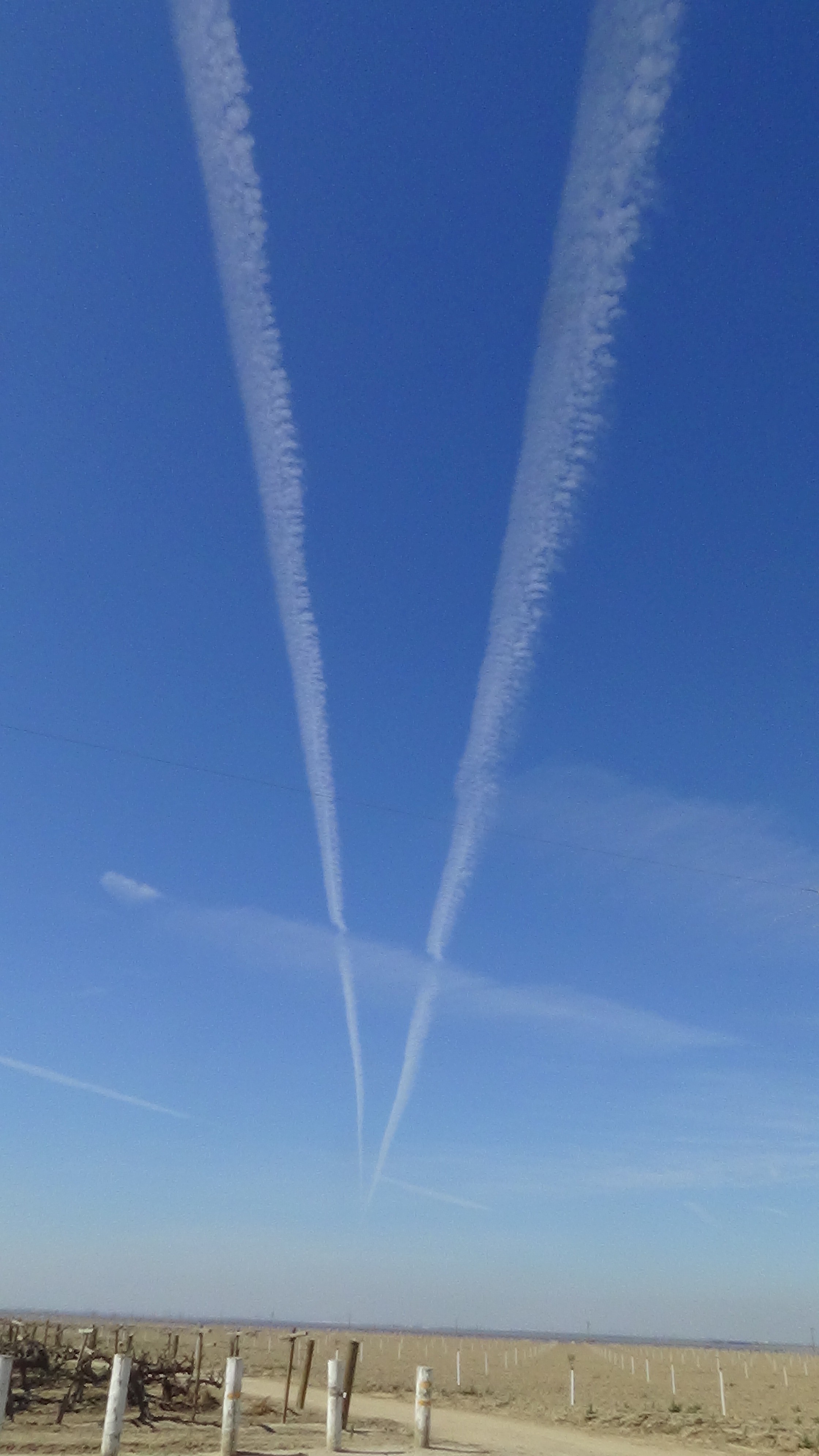 [This is the end of the video. The following are supplemental sections …]

HOW SAN FRANCISCO IS DEALING WITH ITS 6,000 HOMELESS

I recently perused an article that mentioned there are now 6,000 homeless in San Francisco …

San Francisco’s response to this problem was to evacuate a tent city on Division Street, citing health problems. Of course, the larger problem is: What to do about the homeless all across America.

THE SHANTYTOWNS OR ‘HOOVERVILLES’ OF THE GREAT DEPRESSION

This Wikipedia article describes the homeless encampments of the Great Depression …

In the early 1930s, millions were homeless. Those living on the streets numbered in the hundreds of thousands.

In bitter derision of then-President Herbert Hoover, homeless shantytowns were termed ‘Hoovervilles’.  Homeless families were camped out in New York’s Central Park. There were eight Hoovervilles in Seattle. There was a very large Hooverville in St. Louis as well, with 4 districts and its own mayor.

“The Bonus Army” was a group of World War I veterans who established a Hooverville in the District of Columbia. At its peak, this shantytown numbered 15,000 veterans seeking their benefits. Apparently, there was much violence surrounding this encampment. Here is a very famous photo of veterans fighting with law enforcement …

The Bonus Army shantytown was finally burned down … 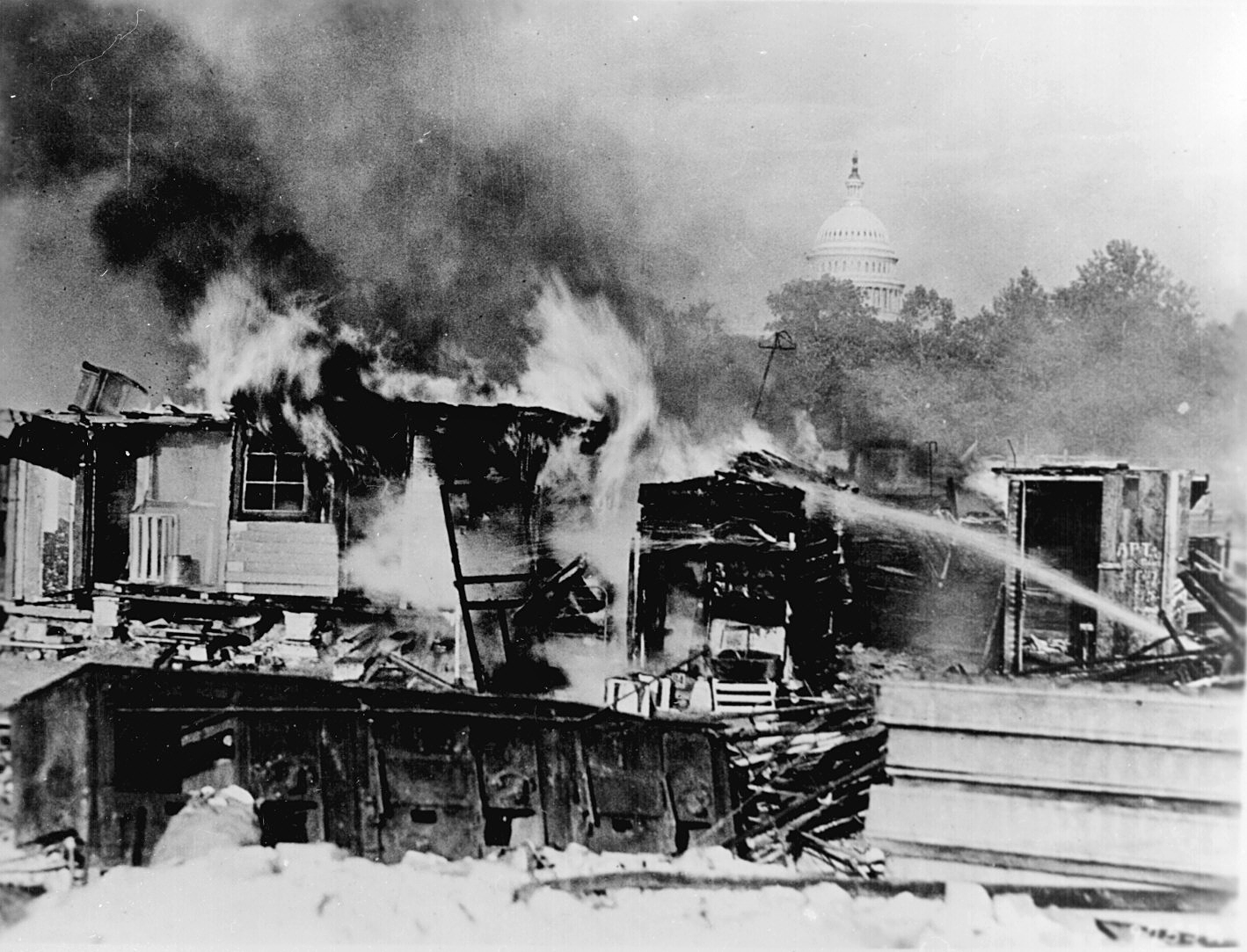 Image: “Shacks, Put Up by the Bonus Army on the Anacostia Flats, Washington, D.C., Burning After the Battle with the Military. The Capitol in the Background,” Signal Corps Photographer, 1932, in Wikimedia Commons … https://commons.wikimedia.org/wiki/File:Evictbonusarmy.jpg … public domain

Image: “Shacks, Put Up by the Bonus Army on the Anacostia Flats, Washington, D.C., Burning After the Battle with the Military. The Capitol in the Background,” Signal Corps Photographer, 1932, in Wikimedia Commons … https://commons.wikimedia.org/wiki/File:Evictbonusarmy.jpg … public domain 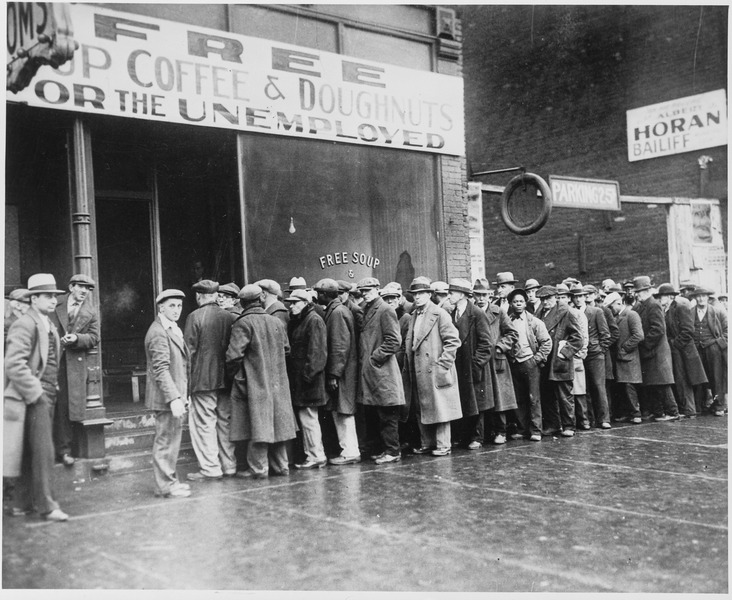 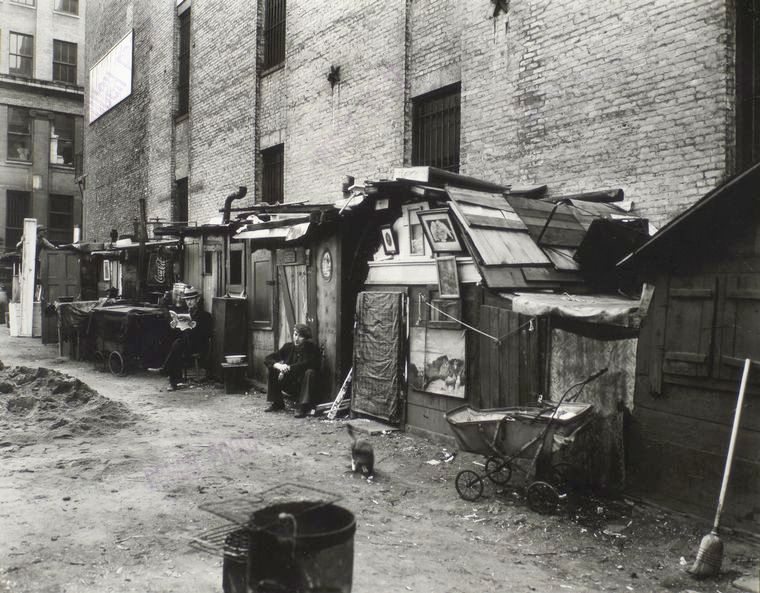 Here are more photos from the Hooverville era …

THE NEW DEAL AND PUBLIC WORKS TO EMPLOY THE UNEMPLOYED

The New Deal was President Theodore Roosevelt’s answer to the Great Depression. See …

President Roosevelt’s Public Works program, mentioned in the video and in the Wikipedia article, put many homeless men to work building bridges, dams, courthouses, post offices, and roads. It might be good to have such a government program today to employ the homeless and help build a better America. 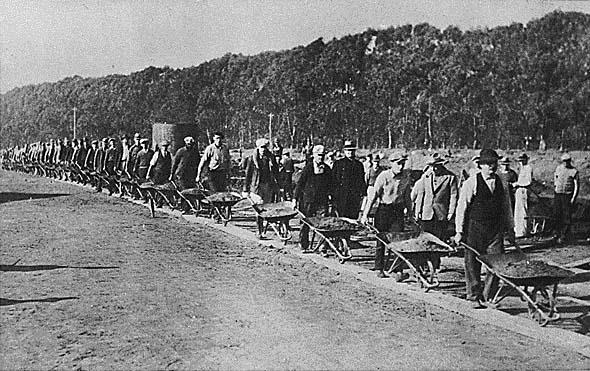