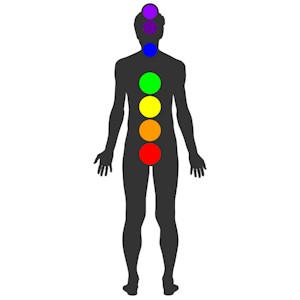 This is about how to clear and balance the navel point energies (the third chakra).

ON CLEARING AND BALANCING THE NAVEL POINT CHAKRA

Last night I tried clearing and balancing the navel point energies, the seat of will power. The navel point is a very complex chakra, leading to many nerves on the physical plane, and to many nadis, or energy currents, on the astral plane. Keeping that in mind, the clearing process was pretty complicated too.

I tried lying down prostrate (on my back) and feeling the point on my back that was aligned with my navel point. I spent some time placing my Awareness there.

As I did that, it seemed that unconscious noospheric ‘trash’ in the form of negative thought forms of other people … people I had known and thought highly of, but whose behavior had, in a hidden way, not matched my high regard … started spilling out of my own navel point.

It was not a vertical, crown chakra spin-off, as I had in 2011 experienced while listening to Judy Satori’s language of light healing work … https://www.ascensionlibrary.org/ … but a vertical navel point ‘spin off’, upward from my prone form, into the sky.

I feel that navel point clutter may have to do with the sin of ‘attachment’, which, according to Patanjali, is one of the obstacles to enlightenment. I feel I was attached to someone, and that a mental filter was in place, that was not aligned with the truth of the person. In other words, I felt attachment to an idea about what a person was.

This attachment, this mental filter, stopped the truth of the subconscious, gut feelings flowing from that person from getting to the center of my navel point chakra, where my conscious mind might have observed them.

Apparently, these negative thought forms and negative emotions from the person to whom I was attached were ‘trapped’ or enmeshed, in the front funnel of my navel point chakra. The cause being my attachment to the good notion of him, which created a mental filter.

Thus, by extension, by concentrating on the back funnel of a chakra … any chakra … it may be possible to shake loose the thought forms from other people that are trapped in the front funnel of that chakra.

If the front funnel of a chakra is infected with negative thought forms … either one’s own or those of other people … it is possible to clear this malware from the chakra by placing the Awareness on the back funnel of the chakra in question.

So far, I have used this clearing and balancing technique, with very good results, on the third-eye point, the throat chakra, the heart chakra, and the navel point chakra. I look forward to trying the technique on the basal and sacral chakras; it ought to be helpful.

Hearing and seeing this ‘shakeout’ or ‘spin-off’ clearing process take place helped me set aside the mental filter, and see things as they truly were. Painful as the process is, I feel it nevertheless sets the stage for the New … for moving into a faster pulsating Light and a more elevated timeline.

All in all, I feel it was a meditation session well worth experiencing. I recommend this technique wholeheartedly.