Written and published on 10 September 2021 and added (in part or in whole) to several other blogs. 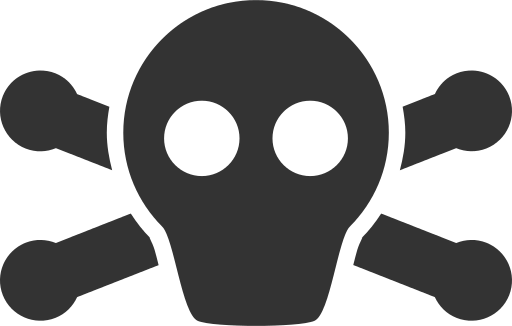 I heard a little more on the ‘astral airs’ recently about an Indian spiritual leader much revered, and who apparently headed up a Death Cult there. I will have more about that a little later, I have this for you today. This has to do with a student of his, a woman who married the leader of a Death Cult in the United States. In my writings, I nickname the woman and her husband ‘Inanna’ and ‘Heart Vampire’.

As fate would have it, I stumbled upon the Los Angeles branch of this cult in West Los Angeles in the years after my mother’s death, and meditated with them and the national head of the group and his wife, who were situated in the Four Corners area, for awhile. Then I got a hint they might be a Death Cult, and fled for my very life, back to my home in Los Angeles.

Here is what I have for you today …

According to the astral airs, Heart Vampire learned the black magic art of making a guest in his house ‘swoon’ …

… from a Hindu ‘saint’ in India. It is my hunch that, were a guest to be completely susceptible to this form of mesmerism or hypnotism, she would fall down in a dead faint on the meditation room floor, and Heart Vampire’s students would then murder her. This form of murder he termed ‘to murder softly’, according to the astral airs.

Through telepathy I heard the rumor that he had ‘softly’ murdered the female leader of his United States neo-Hindu cult, an older woman; in my astral vision I saw an image of him placing a pillow over her face and holding it down with both arms as he leaned the weight of his body onto the act of murder.

The other form of murder for Heart Vampire was to murder violently, by cutting a hole in a woman’s chest, wrenching the heart out, holding it up, and drinking the blood dripping from it, while the heart was still beating. This form of murder he reserved for students who disobeyed him, such as the woman ‘Sacrificial Vic’, who will be featured in her own compendium one day soon.

Heart Vampire told me once, on the physical plane … whispered in my ear as I walked in a meditation garden … that he loved to see people die. He said he loved to see the Light of life leaving the physical body. From that I got he imagined murder to be a way of setting off a fireworks display of sorts, without needing to hunt down a fireworks selling stall beforehand. As well, I thought that, for that spiritually dirty act, he was looking to fabricate, in his mind and that of his followers, a spiritually ‘clean’ interpretation a spiritually ‘clean’ interpretation or ‘spin’ for the act of murder.

Heart Vampire was quite the spinmeister, I feel. On the psychic plane, I heard his wife Inanna say she married him for this quality: because he told her he loved to see people die. I gather that, in this manner, he gathered to himself followers who wanted to be absolved of guilt for murders they had committed.

That confession by him would have the opposite effect on people who had not murdered, and who felt murder to be wrong, I feel. That is what happened in my case; I was repulsed by his confession, and realized he was not at all like me in his beliefs about right and wrong.

Life is cheap in India, and death always knocks at the ‘door’ of the homeless fakir or saint, as it knocks at the ‘door’ of all Indian street people. Without the gift of black magic, I imagine a wandering sadhu might starve. I expect it may be so well known in India that fakirs and sadhus are practiced in black magic that no one ever mentions it. That may be why no one in the United States seems to be aware of this danger to those of us who have the welfare of the world in mind, and enough money to avoid the spectre of starvation.

Be that as it may, on the physical plane, while meditating with the Heart Vampire’s group, as mentioned above, I found that his wife Inanna had been to India and studied with the Hindu saint ‘Ahimsa Master’,

I later heard, through the ‘astral airs’ … those tempestuous, unreliable energy threads in the noosphere … that Inanna had witnessed serial killing by the Hindu saint; thus it might be said she had sought to advance herself spiritually in a Hindu ‘Death Cult’ or ‘cult that kills’ in India.

According to the astral airs, her ‘saint’ condoned murder of 5 pilgrims to his home and of his child brides (6 to 9 of them) to feed his son, and in the case of his young brides, to lay hands on their doweries. While his son got the meat of his brides’ bodies, Ahimsa Master’s female followers got the soup in which this human meat had been boiled. The leavings … bones and offal … were made into a ‘gruel’ that was poured on the soil by the trees on his property so as to fortify them. I expect, this ritual was a way to dispose of the evidence.

It was Inanna’s job … according to the astral airs … to water the trees on ‘Ahimsa Master’s’ grounds with this human ‘gruel’. Intuition has it that she let her spiritual teacher know she found this work ‘uncomfortable’. His spiritual advice to her … according to the astral airs … was to continue to do the work until she no longer found it ‘uncomfortable’.

In that way, I gather, he may have espoused she might attain ‘neutral mind’, a quality that is greatly prized in India. This latter I did not hear on the physical plane or the psychic plane; I just gathered it might have been so from comments I heard on the physical plane while attending Heart Vampire’s meditations.

But if it were true that neutral mind may be attained even though one is a serial killer and one’s young son is a cannibal … if the justification for the cannibal act is that his son must have food to live … then why is it, when I saw a photo of his son, the animal nature of the son’s spirit was so clearly evident? Would not the father wish that his son might, through education and upbringing, become a man of refined spiritual nature?

To get back to Heart Vampire’s followers, on the physical plane, I heard that the female follower whom I nickname ‘Lioness’ also had studied with a saint in India for a few years, but I cannot remember who that was, and I have not heard, on the psychic plane, whether he was a black magic practitioner or whether he condoned murder.

In love, light and joy,
Alice B. Clagett,
I Am of the Stars

This information has been added, in part or in whole, to these blogs (and will likely be features in a Compendium on the nickname ‘Ahimsa Master’ that has not yet been published) …