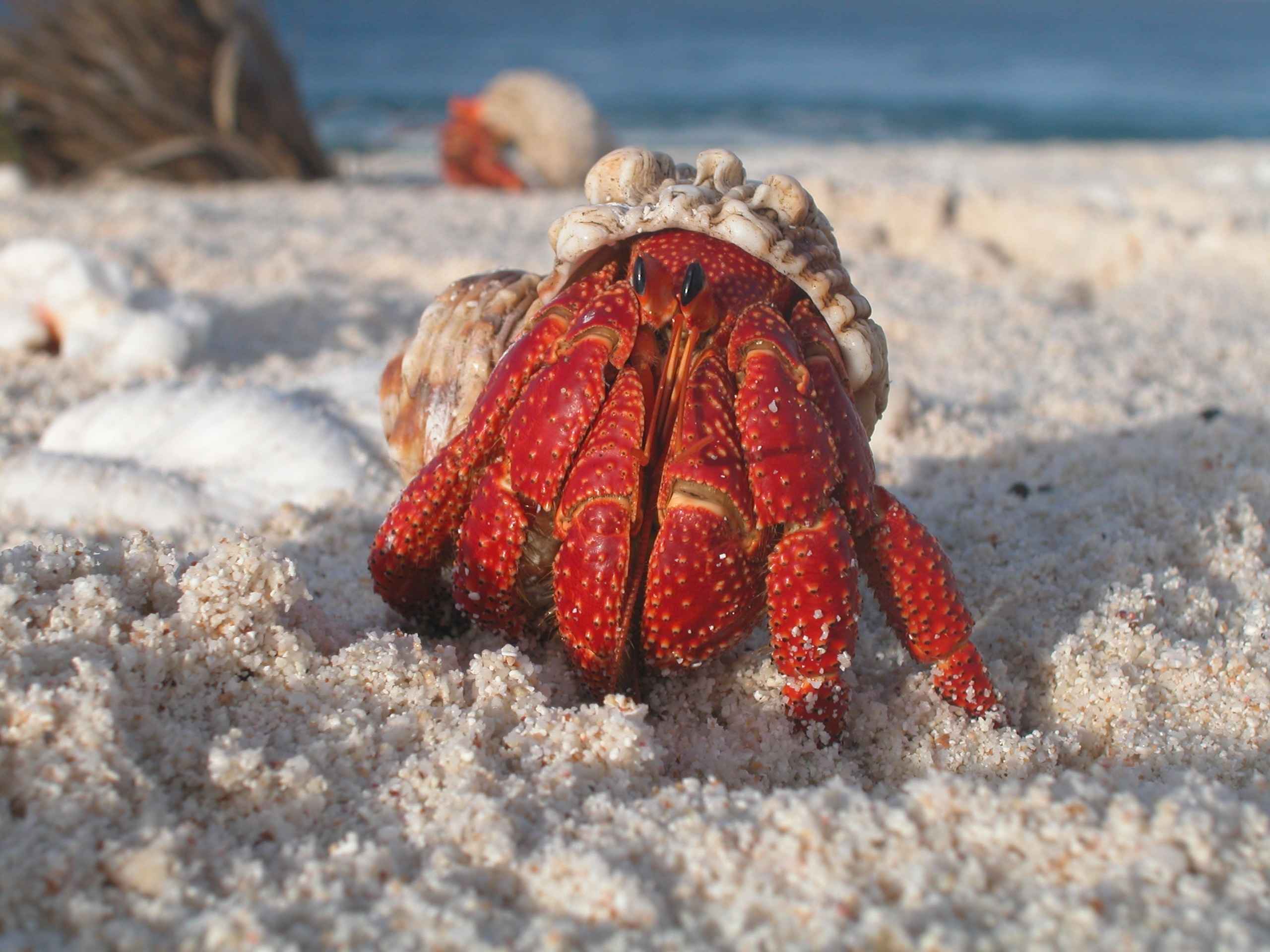 For those not in the know, this blog is not about me; I researched the topic to do with what intuition told me might be a ‘Controller’ who was the head of a ‘killing cult’. I had left the group, and felt at the time (some time ago) that I was in danger of being murdered by members of the group at his behest, and because of his anger towards me at leaving the group as soon as I got a whiff of what was going on there.

THEORY ABOUT THE REASON BEHIND ANTISOCIAL PERSONALITY (ASP)

I have a theory that antisocial personalities (ASPs) have had some completely overwhelming early childhood incident that stops them from developing normally as a child. The budding personality has been shattered, and from that time forth, the ASP copycats other people’s personalities … people who seemed to fit into the norm for society.

Because the personality is copycatted, I feel that ASPs can switch personalities like most folks change clothes. That is my theory! The refrain that the clairly gifted might hear in their minds might thus be: I have no personality!

The copycatting would most likely play out in the ASP’s life as moving from place to place, while dropping one personality and assuming another, along with a new name, new wife, and so on.

Or else it might play out in the ASP’s life as having two personas … one socially acceptable and the other the ‘evil twin’ … which are as different as day and night. In fact, one persona might be the social mask for the daytime, workaday life. And the other might be a ‘creature of the night’ ‘nemesis of the mask’ sort of person.

THE HERMIT … MORBIDLY SHY OR ASP IN HIDING?

This person would tend to be a hermit, hiding out from other people because of the danger of being detected for a lifelong series of antisocial acts. The psychologist looking at this behavior would likely mislabel it as morbid shyness, or Social Anxiety Disorder; this is because ASPs, although more frequently encountered than we as a society believe them to be, are expert at escaping detection, and so this more serious diagnosis will be overlooked.

DISPLACEMENT OF THE ASTRAL BODY BECAUSE OF EARLY CHILDHOOD TRAUMA

An early childhood traumatic incident sufficient to initiate ASP symptoms might be matricide … the murder of one’s mother … before, or just at, the age of puberty. In such a case, the first and second chakra, which have to do with survival and sexuality, would be so injured as to make them uninhabitable by the young child’s astral body. The astral body would shift upward, with its feet at the navel point, and its crown chakra a few feet above the child’s head.

Image: Silhouette of a woman wearing a dress and high heels, side view, with a yellow shadow whose top is two feet above her head, adapted by Alice B. Clagett, 29 January 2015, CC BY-SA 4.0, from “Awakening with Planet Earth,” https://awakeningwithplanetearth.com … CREDIT: Silhouette is from Pixabay, https://pixabay.com/vectors/woman-posing-silhouette-standing-150477/ … CC0 Public Domain, free for commercial use, no attribution required.

Image: Silhouette of a woman wearing a dress and high heels, side view, with a yellow shadow whose top is two feet above her head, adapted by Alice B. Clagett, 29 January 2015, CC BY-SA 4.0, from “Awakening with Planet Earth,” https://awakeningwithplanetearth.com ..

CREDIT: Silhouette is from Pixabay, https://pixabay.com/vectors/woman-posing-silhouette-standing-150477/ … CC0 Public Domain, free for commercial use, no attribution required.

As the child’s astral head would be ‘out there’, he would naturally acquire telepathy. Because of the early childhood trauma, ‘big bad’ astral entities would be attracted to his Soul field, and would influence his telepathic communications, which would become a conduit for transmitting Soul wounding to those he spoke to on the astral plane.

As the child’s astral body (which generates feelings and emotions) would be dislocated to above the first and second chakras, the ASP would normally have no sensation in his rectal and genital area. (This lack of sensation is sometimes termed ‘anaphia’.)

These areas would be available to the ‘big bads’ hovering around on the astral plane. As the child matured, acts of murder, cannibalism, sadomasochism, and rape might be expectable because of negative entity obsession of the lower chakras.

I DIDN’T DO IT! PROJECTION OR OBSESSION?

When confronted with having done such acts, the ASP might say: I didn’t do it! Someone else did it! … Psychology would see this as projection of blame, and in the more normal person this would be so.

However, in the case of the ASP, the assertion ‘I didn’t do it!’ would be true. It would be the obsessing entity that performed the acts. The hope of cure, should this theory of obsession of ASPs who suffered early childhood loss be so, would be in healing of the Soul wounding of the lower chakras, so that the astral form might settle back into the physical body.

THE SINCERITY TABOO WORKS TO THE ADVANTAGE OF THE ANTISOCIAL PERSONALITY

The difficulty with mass media about convicted antisocial personalities is that other ASPs can learn from this and copy their modi operandi, or MOs. On the other hand, if they do ‘copycat’, then folks can look out for tell-tale signs and ID them, I feel. Take, for example, Daniel Perez (aka Lou Castro). I saw the documentary on Dateline some while back …

Here is the Dateline movie about convicted murderer Daniel Perez …

In the above video, note Daniel Perez’s hairdo, the way he makes eye contact, the lack of muscle tension in the face, the way he nods his head, the cadence and tone of his speech. Consider that he may be lying while he is making these statements, as what he is saying in the video is the opposite of what witnesses testified.

In other words, it could be that antisocial personalities are very, very good at ‘putting on’ the garb of sincerity. We of the societal norm ‘go for’ sincerity, which is a much-looked-up-to quality in a human being. When people portray ‘sincere’ we tend to fall for it.

What if we went around believing that people who look and act sincere are the opposite? That would be socially disastrous. This is a very big social taboo: The notion that we can be tricked into believing that very bad people are sincere. Because we repress this thought, the ASP can handily use our gullibility to his advantage, over and over again. Here is an example …

Having a suspicion of what is really going on, we might say to him: Tell me it’s not so! To which he will reply: It’s true, my dear, completely true!

If this is said face to face, one might note the slight change in his facial features: For a millisecond, the social mask, the mask of an assumed personality, will come down, and you will see a flicker of the true man … the man with no remorse, no conscience; the man completely lacking in social conditioning.

Then, quick as a wink, he will reverse himself, and reply: It isn’t so, my dear! I was only hurt by what you said. How could you think such a thing! No, of course it isn’t so!

And you, with great relief, will turn away from the taboo, back into the warm bath of societal expectations.

Regarding ASPs, there is also a theory, along the lines of arcane lore, that the putative overwhelmingly traumatic early childhood incident is of such dismay to the young child’s Soul that the Soul takes a powder, leaving the body like a ‘shell’ in which any passing entity of the ‘big bad’ category can find a home.

Theosophy speaks of such ‘hermit crab’ entities, but only in the context of ‘astral shells’ … For more on this, see the index in “The Astral Body: And Other Astral Phenomena” compiled by Arthur E. Powell …

Should it be true that the Soul deserts the human form, there would be no hope of cure for the condition, as all that would be left of the human being would be a physical shell; all else that appeared to animate this form would be from the demon realm.