Written and published on 21 August 2014; revised

I have some historical information on William Blake, as well as a painting and a poem of his that are relevant. There is also a brief discussion of his stance at the end of the blog:

“[William] Blake was critical of the marriage laws of his day, and generally railed against traditional Christian notions of chastity as a virtue. [73] At a time of tremendous strain in his marriage, in part due to Catherine’s apparent inability to bear children, he directly advocated bringing a second wife into the house. [74] His poetry suggests that external demands for marital fidelity reduce love to mere duty rather than authentic affection, and decries jealousy and egotism as a motive for marriage laws. Poems such as “Why should I be bound to thee, O my lovely Myrtle-tree?” and ‘Earth’s Answer’ seem to advocate multiple sexual partners. In his poem ‘London‘ he speaks of ‘the Marriage-Hearse’ plagued by ‘the youthful Harlot’s curse’, the result alternately of false Prudence and/or Harlotry. Visions of the Daughters of Albion is widely (though not universally) read as a tribute to free love since the relationship between Bromion and Oothoon is held together only by laws and not by love. For Blake, law and love are opposed, and he castigates the ‘frozen marriage-bed’.”

“VISIONS OF THE DAUGHTERS OF ALBION”: A PAINTING BY WILLIAM BLAKE 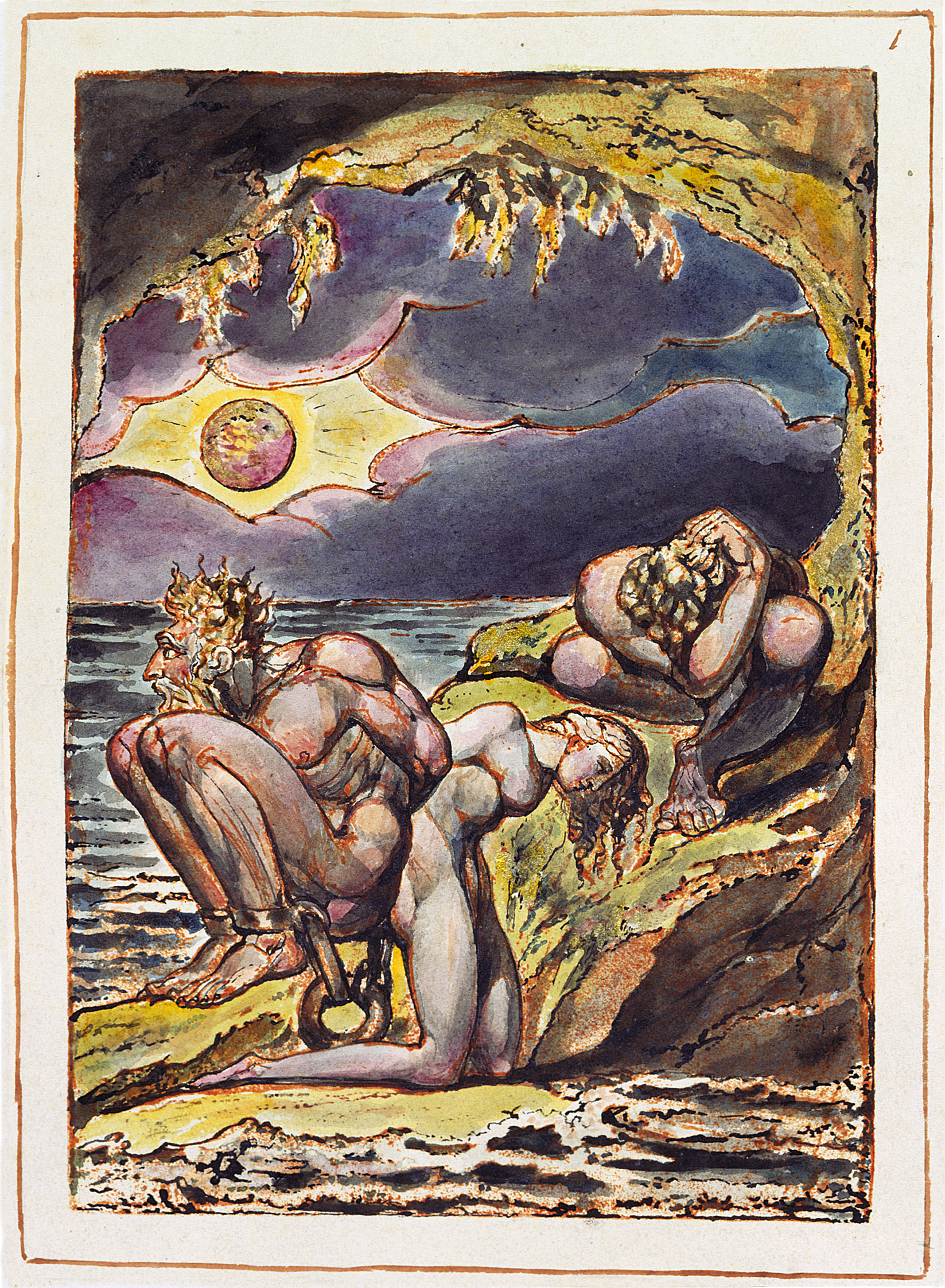 “Earth raised up her head
From the darkness dread and drear,
Her light fled,
Stony, dread,
And her locks covered with grey despair.

“Prisoned on watery shore,
Starry jealousy does keep my den
Cold and hoar;
Weeping o’er,
I hear the father of the ancient men.

“Selfish father of men!
Cruel, jealous, selfish fear!
Can delight,
Chained in night,
The virgins of youth and morning bear.

“Does spring hide its joy,
When buds and blossoms grow?
Does the sower
Sow by night,
Or the ploughman in darkness plough?

“Break this heavy chain,
That does freeze my bones around!
Selfish, vain,
Eternal bane,
That free love with bondage bound.”

PRACTICAL POLYAMORY VERSUS FREE LOVE: COMMENTS BY ALICE B. CLAGETT

I note that the Free Love movement has brought with it many social ills as well as community health issues; thus there is no easy answer for the question of feeling the heart and following the heart with regard to romantic love.

I note also that Blake’s stepping into the notion of polyamory may have had to do with the issue of child bearing, which was much more important, from a social perspective, in his day than it is now.  Thus his stance might be termed ‘pragmatic polyamory’ rather than free love as it is perceived in today’s context.