This video is about societal and group expectations, Source, co-creation of reality, the pranic column energy, the Unconscious Though Cloud of the World, separateness, the Now, and the mind, will and heart of God. An edited Summary follows the video …

Somebody asked, so I thought I would explain … at least according to my understanding of it … Morning sunlight! Wow! … 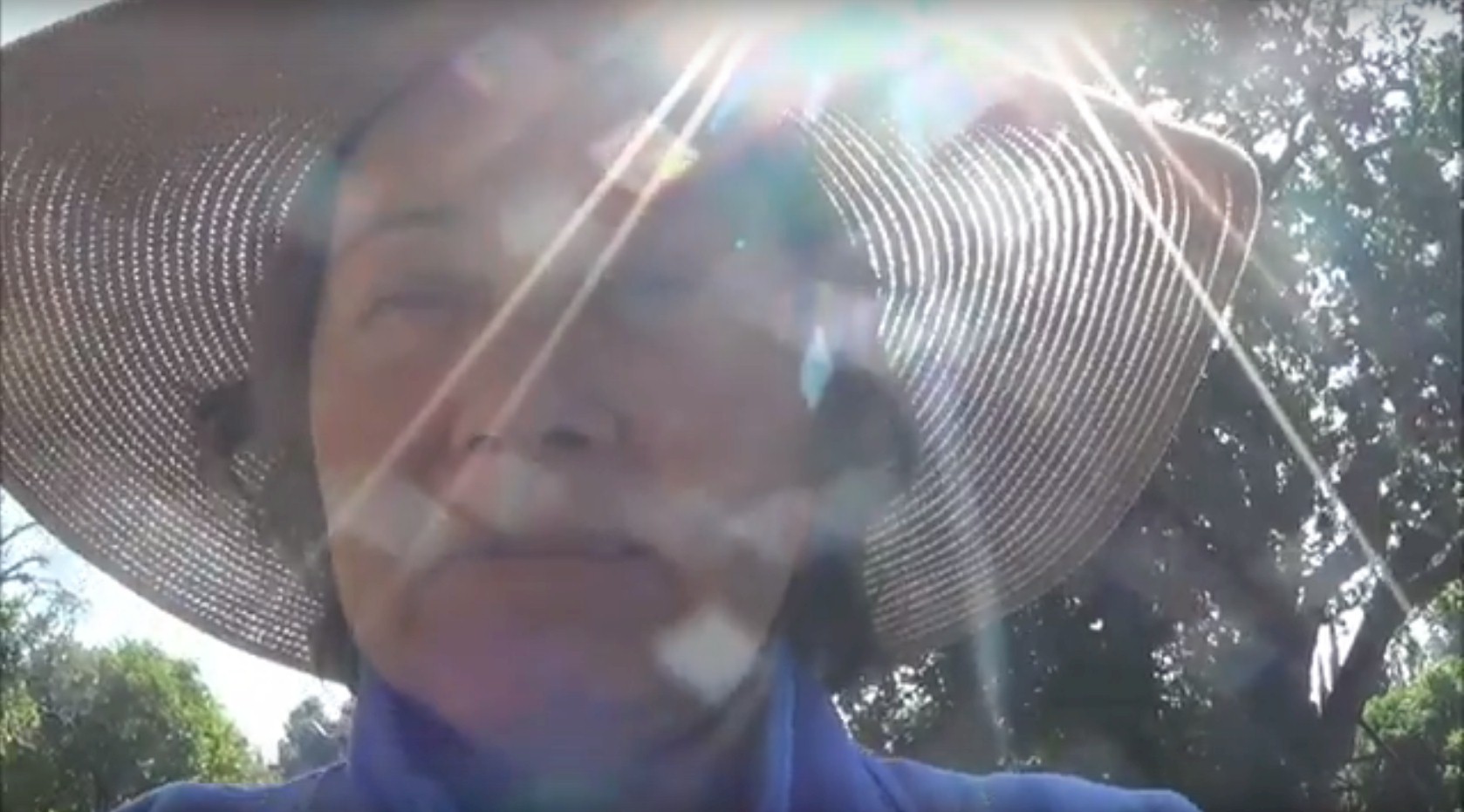 Why is it that we feel trapped by societal expectations? Why is it, for instance, that the expectations or mores of a large group can feel so terrifying to us? Why is it, if this is a free-will planet, that we have such a hard time exerting our free wills?

And I do have an astrogeophysical thought about that … call it a theory … I think that, during the Great Age, the 126,000 () years just passed, when Earth sank in consciousness because of our misalignment with the Photon Belt, there was a barrier in our own stratosphere that made it hard for our own pranic column energy (aka the pranic tube, the central vertical power current, the kundalini, the antahkarana, the silver cord or the silver thread) to extend to Source. That is what I think. And so, the free-will, emotional thought forms of the people here would circle round, under the ionosphere, and through the ionosphere, instead of going straight to Source for co-creation of reality.

And so that’s how, as the ages went on, the collective unconscious, the Unconscious Thought Cloud of the World, got to be accumulated up there, in the lower part of the ionosphere. And so, these unconscious thoughts, this blanket or covering of unconscious thoughts, are apparently what has been, until now, preventing us from reaching from our own small wills to God’s will. And now that the age has turned, and that Ascension is unfolding, we have that opportunity.

Now it is true that the dimensions and timelines are still infolding, and folding over each other, and merging. There is a lot of commotion in the dimensions and the timelines right now. And so, at this particular moment … or what appears to be this particular moment in the Ascension process … sometimes our pranic column energy can get through to Source, and sometimes we may appear to be trapped in the unconscious expectations of other people.

These unconscious expectations, the Unconscious Thought Cloud of the World, rose in groups that are set up by humans, with their varying expectations. And those groups that we are associated with, are that groups that, in times of pranic light occultation because of the infolding of the dimensions and the merging of the timelines … at those times it seems especially apparent to us that we are separate from Source, and we are unable to get through, and that we’re controlled by these societal or group expectations.

A few hours later, typically, you will find that whatever it was that was merging and blending into the great Now that we are about to experience, has merged, and has blended. And that we can once more get through, from our hearts to the heart of God. From our minds to the mind of God. And from our small human wills to the great will of God … through the help of the Ascended Masters, the Angelic Realm, through Jesus Christ, through all the energies of love and light in the galaxies, these things are possible now.