This video is about romance, the duality play, and acting out during the Awakening. There is a Summary beneath the video.

SUMMARY OF THE VIDEO
Text in green font (below) is not in the video.

I have some information for you  regarding the Duality play. It is a little hard to understand or accept right now, but it is helpful from the ‘airport’ perspective …

… for those that are able to create the kind of neutral mind that perceives their body as being the body of Light or the magnificent Soul … that huge, magnificent entity … enacting a tiny play or skit in the physical reality, then this will be all right.

For those that are stuck in body consciousness right now … which is the case for most people … it will not be all right.

Romance and the Duality Play

Soul wounding itself is like pluses and minuses in the electromagnetic field … like crinkling of the etheric net at the Soul wounding site. So there is an attraction: It is like a key in a lock … only you imagine that, in your etheric net, there are many keys sticking out, and many keyholes sticking in. When you find someone that is your ‘one and only’, that is the person who is your opposite: The opposite keys and the opposite keyholes. And these two fit together; the etheric nets stick together, at the Soul wounding points.

What is happening, during the Awakening process, for couples who have this interlocking feature of Soul wounding going on, is that one of them … either the man or the woman … will receive the codes, the downloads of cosmic Light, during the gateways that Sandra Walter … https://sandrawalter.com/ … talks about. (In her Light Intel articles, Sandra Walter keeps us informed of those gateways.)

I like to keep in mind that the gateway dates that Sandra Walter offers can be a little bit larger than what she says, depending on the subset of people involved … the subset of Souls. Or it might be a little smaller.

Some Souls might miss the gateway; but frequently what happens is they get the codes; most people get the codes. And it may or may not be right, on their timeline, for them to install the codes. What decides that is whether or not they have optimized their timelines. In case you have missed that part, it goes like this: When the gateways take place (or anytime you feel it is important that you receive the codes) you say …

And then there you are at the gate … possibly coupled, in Soul wounding, with somebody else. There you are, at the gate. And you receive your codes if it is the right time. Otherwise they are stored; they are there, in your great, massive body of Light … in your magnificent Soul … in your ‘airport’. They are there. But you have not yet unfurled them into your etheric net.

Let’s say you and your husband are sitting there, in the Lion’s Gate … which is the case right now. The Lion’s Gate is like the fiery gate of code downloading of all time! … [laughs] … It happens in early August every year. As we are going through the gate, it is like the lion roaring grace down into Earth, from other constellations.

So you got your codes; but are you or are you not going to unfold them? If you both optimized, and if it is time, then you will both unfurl your codes into your etheric net …

… and your Soul wounding is healed. But typically the way it has been playing out since 2012 is that one person in a couple will optimize or will somehow, by God’s grace, get the codes unfurled and get the etheric net fixed. And then the two of them need to separate physically. There is no longer the attraction for the person that is still Soul wounded to be with the person that is Soul healed. That is because the keys and keyholes do not fit anymore. They go off looking for someone who has Soul wounding similar to what yours used to be.

That is the state of Divine romance when it is furrowed down into the third dimension; it turns into that. Once we get our Soul wounding spiffed up … fixed up … and our body of Light all back together … then we will find that all the people we meet in that mode … in the fifth dimension … do not have Soul wounding, and they all get along just great. That is something to look forward to.

That is the state of Divine romance in this rather dense reality. It is not like the stories in Disneyland … [laughs] … It has to do with the lack of Light; that is what it is about.

On Men ‘Acting Out’ During the Awakening

As they burst open, they can activate encapsulated rage …

… or desire to rape, or like that … especially in men who have a greater extent of aggressiveness than do women, in their repressed emotions.

It takes a very wise man … a very neutral mind … to avoid that behavior during the Shift. If you are one of those who has enacted those behaviors, think of yourself as the ‘Light airport’ (see above visualization link). Think of yourself as the great being of Light. Then look at those behaviors. And then you can proceed onward with the Awakening process, without too much ‘to do’ about that.

So, just do your best! But for men it is very, very difficult; I understand that.

Women: On Keeping Yourself and Your Children Safe During the Awakening

Women: If you are in relationship during this time of the Awakening, I think it is very important to understand that your men may not be acting as they usually do.

Do not place your safety in the hands of other people. Find a safe place, either in your home or elsewhere, where you can be, without worrying about electromagnetic field entanglement with other human beings, as they sort this situation out.

Know that it is going to be all right. Develop that neutral mind and that ready stance that the martial artist has. Invariably, you are going to need it.

And you need to provide that kind of support for your spouse that you would anyway, in the normal times. Even though you may be finding that their behavior becomes inexplicable to you, still send them your love, but distance yourself from them physically, so that you and your children can be safe. There will be a way to do that.

If Both Members of a Couple Optimize Their Timelines. More on codes: If both members of a couple have optimized their timelines, and then they enter a star gate, such as the current Lion’s Gate, both will get the codes. Depending on each person’s optimum timeline, one may install the codes right now, and the other in the future. But because they have both optimized their timelines, they will accrue no further Soul wounding during the wait for the second person’s installation date.

For those who choose to optimize their timelines: Keep in mind that very tiny, fine-tuning adjustments in our Awareness timeline will be taking place moment to moment, as a result of the initial optimization event.

If Only One Member of a Couple Has Optimized the Timelines. If only one member of a couple optimizes his or her timelines, then that person will be able to install downloads at the propitious moment. However, since their significant other has not optimized, then the likelihood is that, if they stay together, they will get more and more Soul wounding as a result of EMF field jangle or discord or as the Light continues to come in.

If Both Members of the Couple Have Not Optimized their Timelines. If the two people have not optimized their timelines, then the likelihood is that they are increasing their Soul wounding through their relationship. They are getting more and more ‘jangle’ in their electromagnetic field, as the Light comes in. So because their electromagnetic field is so ‘loud’ and discordant in its energy, it cannot accept those codes yet. The codes are there, but they cannot accept them.

At times when there is not too much discord in the relationship, or sometimes when they are asleep, or if they pray for them and request them, then they will get the codes installed, and their relationship will be come more harmonious.

It is like when you are on your computer, and get the Windows downloads, and it says: Are you willing to install these updates yet? You keep putting it off. Then one day you ‘bite the bullet’ and say to yourself: Ok, I am ready to install those updates … [laughs] …

Men: On Camaraderie and Other Assistance During the Awakening

For men who have cleared and installed the first updates (which are quite large, generally) in their electromagnetic fields, my suggestion is to seek out other men who have done so, for the sake of camaraderie, and also for tips on distancing yourselves and your families from those men who have not yet received their first downloads, and are still expressing aggressive drives through ‘acting out’ that can be a danger to you and to your families.

It is terrific … really terrific. I know of women ongoing receiving downloads as well. Both men and women are passing, in this way, through the Lion’s Gate, that roaring grace of God.

I have a question right now: How can men who are ‘acting out’ because their emotions are so repressed because of societal expectations … how can they quickly get through the process, without ‘acting out’ any further?

I do not know, really, what healing modalities are out there … perhaps behavioral psychology for releasing those bubbles of emotion? Wives and girlfriends might want to look into that possibility, and maybe present it as a shortcut for changing the ‘acting out’ behaviors …

The only other thing I have is ‘body sense’, because the bubbles that are repressed energy in the electromagnetic field … typically in the area of the tummy, the abdomen … and a little bit lower, at the bottom of the torso … and a little bit beyond the bottom of the torso and outside, around that area … If you can sense physical discomfort in the lower body or around it, then stick with that sensation (do not avoid it), then it will resolve. There is that, as a meditational, healing technique as well.

That is all I have for you in the Lion’s Gate right now. I wish you wonderful changes and updates. May your Soul be completely healed by a few days from now … or right away! 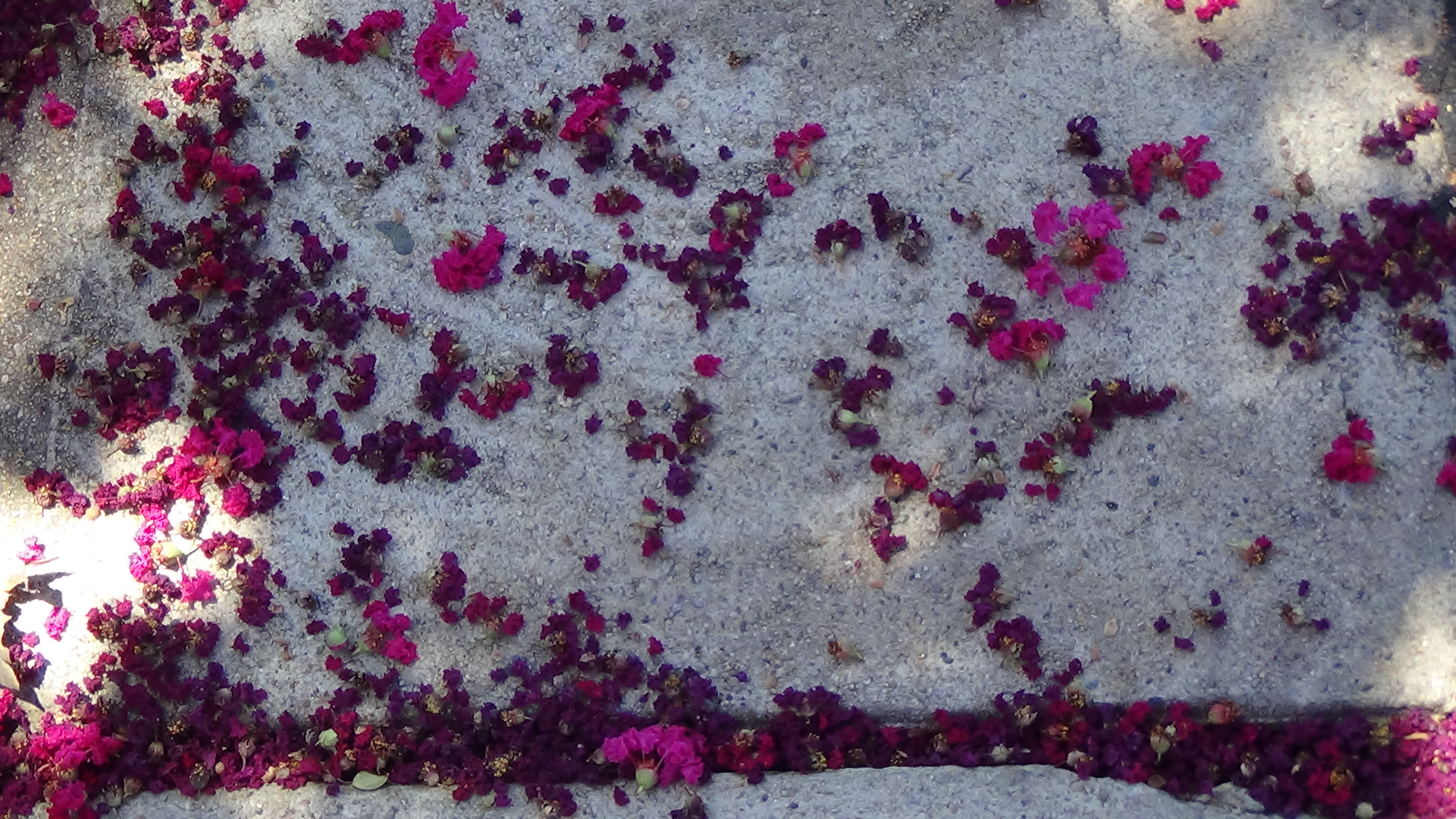