In this video I talk about interactions of players in five of my incarnations, about Soul wounding, Soul clearing, and attaining freedom of mind.

There are nature scenes in the second half of the video, and an edited Summary beneath the video. The blue font indicates what has been copied to the anthology “Incarnational Memories” (that is, the incarnational stories including the poem).

FIVE OF MY INCARNATIONS

I have three stories to tell about incarnations I remember (just a few of them), and my understanding of what I have learned or what is happening. And my thought is that it may help other people to interpret their own circumstances, and to trace them back, and to repair the wounding of old incarnations that were traumatic, and created time loops in our etheric net that need to be untangled and straightened out so that we can be in our full glory. So that’s my thought, and here are the stories. I hope I do them justice.

There was a time, a long time ago, when I was a warrior. And I had a friend who was a companion in arms. It was a very, very long time ago, before the discovery of America, and before the European continent became civilized, and like that. It was just a long, long time ago. 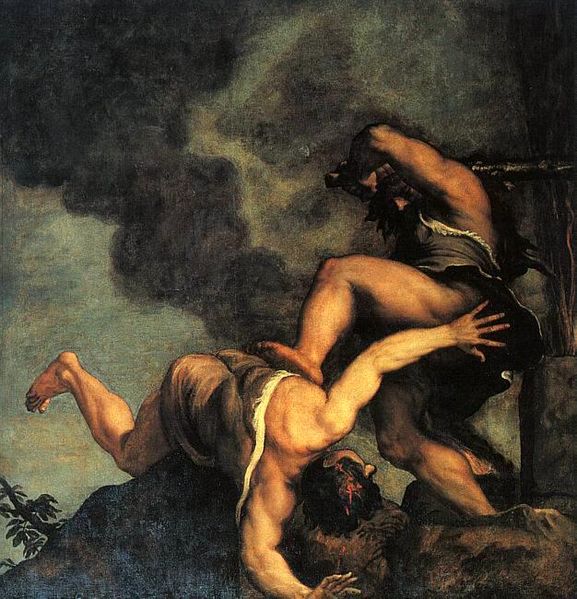 Image: “Cain and Abel,” by Titian, between 1542 and 1544, in Wikimedia Commons … https://commons.wikimedia.org/wiki/File:Titian_-_Cain_and_Abel.JPG … public domain … DESCRIPTION: Cain and Abel are fighting. “Some scholars believed that Cain’s motives were plain jealousy and lust. Both Cain and Abel desired to marry Adam’s beautiful daughter, Aclima (Arabic: Aqlimia’). Seeking to end the dispute between them, Adam suggested that each present an offering before God. The one whose offering God accepted would marry Aclima.” –from “Cain and Abel,” in Wikipedia … https://en.wikipedia.org/wiki/Cain_and_Abel#:~:text=Some%20scholars%20believed%20that%20Cain’s,God%20accepted%20would%20marry%20Aclima. … CC BY-SA 3.0 Unported

Image: “Cain and Abel,” by Titian, between 1542 and 1544, in Wikimedia Commons … https://commons.wikimedia.org/wiki/File:Titian_-_Cain_and_Abel.JPG … public domain … DESCRIPTION: Cain and Abel are fighting. “Some scholars believed that Cain’s motives were plain jealousy and lust. Both Cain and Abel desired to marry Adam’s beautiful daughter, Aclima (Arabic: Aqlimia’). Seeking to end the dispute between them, Adam suggested that each present an offering before God. The one whose offering God accepted would marry Aclima.” –from “Cain and Abel,” in Wikipedia … https://en.wikipedia.org/wiki/Cain_and_Abel#:~:text=Some%20scholars%20believed%20that%20Cain’s,God%20accepted%20would%20marry%20Aclima. … CC BY-SA 3.0 Unported

Story of the Two Warrior Friends

I was a warrior by trade. My friend and I stuck together. War is a very difficult experience, and so it is good to have a friend. We survived a lot of battles. We were kind of rough-hewn; you might have called us barbarians, from the vantage point of current civilization.

My friend had a woman; in current, civilized terms you might call her his wife. I was not the civilized sort; one time he found me with her, in an extremely compromising situation … in flagrante delicto, you might say. He became enraged, and he killed me on the spot.

Now the last thing I remember about that stabbing death is that I loved him so, and I hoped for his forgiveness, and that anguish of that death without finding forgiveness was embedded in my body at the site of the wound.

A terrible story! These are the kinds of stories that we remember, though! They are the first to come back into our Awareness … not all the good stories; just the terrible stories! Because those are the ones to do with Soul wounding, right?

Life as a Forest Nature Spirit

So then, many lifetimes went by. And eventually I found myself in the nature spirit world. I was a nature spirit, and I had a particular deva that I was very fond of. A deva is a very wise overseer nature spirit dweller on the astral plane. They live for a very long time; longer than humans. In fact, my deva may still be alive!

I was tiny; the deva was a huge and magnificent energy. I used to just hang around with my deva in total awe and adoration. And one day, I found myself near a beautiful pool of water. This was in the rustic times, when people lived in small villages.

I found myself, as a nature spirit, near a pool of water in a forest. And there were some human children, playing and diving in the water. And I thought to myself: I would really like to be a human! I saw a child that I recognized there, and that was the cause of my longing.

Life as a Human Woman in the Forest, and Death in Childbirth

So, before I knew it, my deva arranged it! Before I knew it, I was a baby in that village! And as time went on, I, who had fallen in love as a nature spirit with that very young child, found myself married to him.

And what do you know?! It was the same guy that I had sought forgiveness from so long ago. And we were deeply and passionately in love. At a young age we were married. Before I knew it, I was with child. And before time rolled round again, I found myself giving birth. And in the process of giving birth to a beautiful baby girl, I lost my life.

The last thing that I remembered was my life blood draining out of me, over my legs. And a terrible concern for my husband, whom I loved dearly, and for my child, who had just been born. As I left my body, through my astral spirit I asked my husband if he would please take care of our child. And he agreed.

I wrote this poem about that lifetime …

Ah, Tom! Tom o’ the Forest!
Would that I had been there
with you, my own dear love,
as our child grew in strength
. . . and beauty

Return to the Nature Realm

Because of that terrible experience I had: Of deepest love won, and suddenly lost through death, I went back to the nature realm for a while. What was happening back on Earth, with my husband and my child? My husband went into a terrible depression. He could not get over my death. And after a few years, in his despondency, he committed suicide.

And my child was left to survive on her own, with the help of friends in the village. So that is that story.

On Meeting These Two Souls in My Current Incarnation

Many, many years went by. Modern times came. And some fifteen years ago, I was walking along, and I felt a great thrilling of my Soul. A great resonance with some energy nearby. And before long I found out that this resonance had to do with a man and a woman who were friends.

Now what? … you may be thinking!

I felt a very strong kinship with both of them, on the spiritual plane. I did not know why; I could not explain it.

It took a long time, listening telepathically, on the emotional plane and on the mental plane, to finally figure out all this stuff, as to what had actually happened. And why that moment in time happened. The closest I can tell you is this:

Now those feelings are prenatal tendencies and cellular memories that are stored because of trauma. We do not have to be with the people that created the trauma, to set that trauma free. In fact, if we are with those people, we are less likely to do so … because what is set up then is an energetic action / reaction, and ‘acting out’ of old wounds. So it makes it very difficult to clear ourselves.

ON CLEARING SOUL TRAUMA BY WORKING WITH ONE’S OWN EMF

The best way to clear is to work with one’s own electromagnetic field. We have talked about that many times in the past: All the tools that are available to us, and so forth.

The difficult thing is to step back, in neutrality, and understand that it is we ourselves that have to do this thing. We cannot do it with the help of another person. Souls ascend one by one, as Daniella Breen used to say. She is a wonderful teacher!

One by one, we ascend. Our electromagnetic field can only unfold into its true potential if we are not corded to other people. 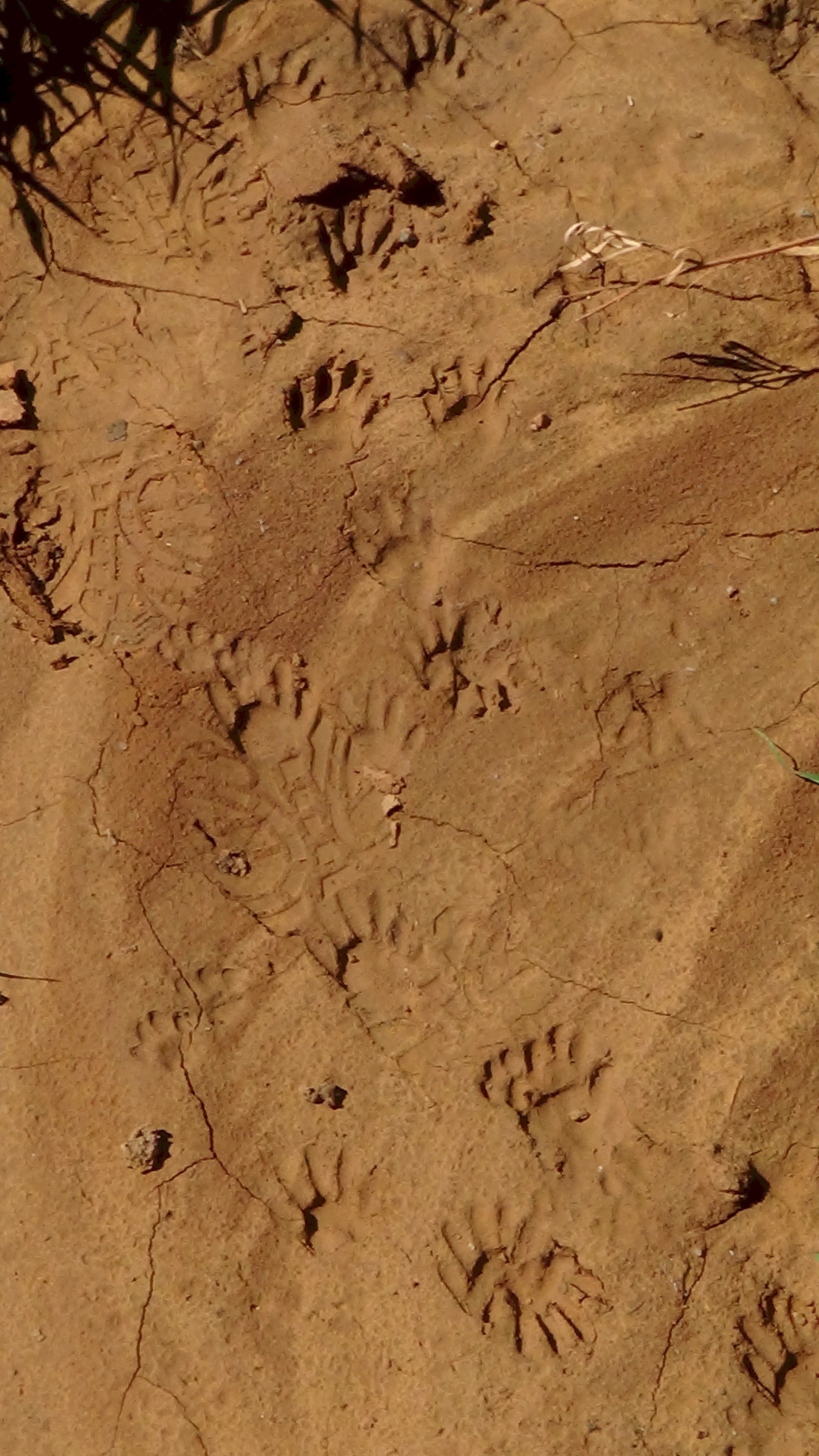