THE METAPHOR OF THE DUCK IN THE BATHTUB

Imagine a little duck in a bathtub that is filling with water. The little duck is bobbing up and down because of the waves created by the water from the tub faucet …

Now here is the metaphor … You are the little duck. The bathtub is Earth. The water coming in is the Incoming Light, the grace of Divine love uplifting you. When you bob ‘down’ you are ‘having a Dark Attack’. When you bob ‘up’ the angels are protecting you. Overall, the level of the tub water stays pretty much the same, but it is all the while rising.

BALANCE: THE GODDESS MA’AT AND REVERSION TO THE MEAN

This action of water ‘chopping up’ and then reverting to the mean level of the tub water is an energy of universal ‘balance’ that reminds me of the ancient Egyptian goddess Ma’at, who personified the forces of truth, balance, order, law and morality. 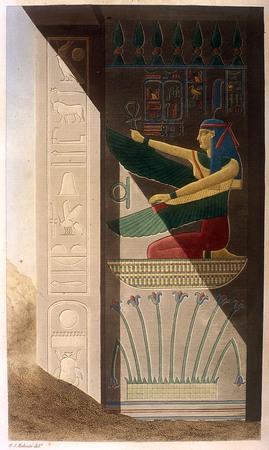 HOW MA’AT ACHIEVES EQUILIBRIUM ON GAIA

This ‘bringing back into equilibrium’ of Light forces and Dark forces is expressed in the world today, even as the Shift occurs, in several ways, at least as far as I can tell….

Equilibrium within a Personal Timeline

It may express itself in myself personally as a feeling of chaos and Darkness, followed by a feeling of elevation and greater clarity.

It may express itself in myself as a feeling of prolonged clarity and loving energy, juxtaposed geographically or psychically with a ‘nearness’ of Dark energy, usually flowing through the subconscious minds and Soul wounding of other human beings, who themselves are on the mend … who are through this ‘attack’ process becoming aware of their own Soul wounding, so that they may transform and clear it.

It may express itself as an ‘opposite twin flame’ interaction …. one Soul expresses more Light, and the other expresses less Light. Thus the opposite twin flame electromagnetics keep both humans locked in a ‘Wobble Dance’ … one goes a little bit higher, the other pulls that person back down, and both rise with the Incoming Light.

California: Los Angeles … Mount Shasta. It may express itself as a geophysical ‘opposite twin flame’ interaction …as in the case of the interlocked energies of Los Angeles (shiver me timbers! There’s some pretty Dark stuff clearing out of LA these days!) and the mountain energy of Mount Shasta in Northern California (Christed ET and Christ consciousness ‘opposing’ energy). However, like the human opposite twin flame interlockings, the geophysical opposite twin flame interlockings … painful as they may feel to the Souls involved … are also slowly rising with the incoming tide of Light. Other examples of the geophysical:

Middle East: Israel … Palestine … Gaza. The war energy of Israel-Palestine-Gaza is being balanced and healed by the conscious peace energy of the Gatherings around the Pond.

Ukraine. The Ukraine war energy [at the time of writing of this blog] is being balanced by Lightworkers bathed in the healing energy of the devic world, including nature spirits, elementals, and their representatives the dragonflies, unicorns, and dolphins.

As I understand it, those humans who are doing Earth Light grid work are consciously assisting Ma’at in balancing light and Dark as Earth ascends.

And in terms of clarity of the Soul energy of humankind: The Soul wounding energy of conscious Darkness is being balanced by the Soul healing energy of the Cities of Light.

Those Lightworkers who send forth sacred healing sound help balance the ‘tearing down’ … low subconscious sounds emanating from Earth’s cities and highways right now … These latter ‘low’ sounds come from gas-driven motors … automobiles, HVAC in homes, even hair driers … all kinds of engines. (Note that the ‘low’ engine sounds have their own purpose; they tear into our subconscious secrets, releasing them to the Light, and then the Lightworkers’ beautiful sacred healing sounds build up our new consciousness.)

Timelines are also weaving in and out to maintain the balance of the Shift. Some timelines wobble ‘down’, others wobble ‘up’ … but all are destined to reunite through the beautiful balancing energy of Ma’at.

The Hathors are assisting in this timeline balancing work, and also in purifying the waters of Earth through sound. This latter work helps relieve the stress on Earth’s magma and on Her tectonic plates as the Shift continues.

Sometimes too, as I hear it, those with too great a Light are circling out of the current timeline, into what might be termed ‘the future’ of our own timeline, and then they are surfing back into our timeline when Dark events unfold here on Earth. I’m very grateful to say that this circling back of humans of higher Light is taking place as the needed for balance of Light and Dark.

And probably Ma’at is protecting us in ways unknown as all humanity is uplifted.

In love, light and laughter,
I Am of the Stars