Here is a video about some recent shenanigans on the astral plane, to do with misogyny (hatred of women) and fear of women by men. After the video is an edited Summary. After that are more sections not in the video …

[short videoclip of lowering sky, rain off in the distance, and the sound of thunder]

Here I am, somewhere in the great American Southwest. There are some beautiful mountains in the background, and a giant thunderstorm brewing. You should see the lightning! And a flock of ducks just went by … I am not totally conversant; maybe it was geese.

I just wanted to bring up one thing that I have noticed in the past. I am only bringing it up because I have finally found a solution. Par for the course, right? It has to do with co-creation of the New Reality, but I am right here to say that, as our powers unfold, and as the clearing is in the midst of taking place for everybody, there are people who are finding very creative ways of exercising their co-creation abilities that do not have a whole lot to do with love and Light.

This is one such instance: As you know, we are in the midst of the clearing of the masculine wound. For the ladies, this really has no import, because it is totally up to the men to do their own clearing thing, because I would not know where to start with it. And I recognize that they have quite a bit of discovery before them, right now.

And so I am waiting for the Light, and I am waiting to see what transpires with regard to that. And in the meantime, the men are in the midst of clearing. One of the things that I can guarantee is going to be clearing is this thing that I am about to talk about …

There is a situation right now … I think I have mentioned it … It is called misogyny: men hating women, and thinking very little of women … thinking of them in terms of lust only, and not as mothers, or as someone that they can protect, or ought to protect … thinking of having intercourse with women as killing women, even. And that is the extreme of it: The idea that they will use the creative act, to actually kill! This is a Shadow aspect that is clearing, right now, from the masculine psyche.

One of the new powers is the astral ability to ‘rope’ … to tie people together through thought alone … that is, when people are not aware of it. So now you are about to find out about it … if you do not know about it already … and you will be able to deal with it.

The ideal situation, of course is to be pranically and energetically protected with your electromagnetic field intact  all the time … through meditation and through visualization, to do that.

Sometimes I forget. I do not know about you, but I forget; when I am asleep, or when I am just waking up, or very tired, then my energetic field, my electromagnetic field is not as strong as it always is. And at those times, when I am not paying too much attention, then it is possible for other people to visualize roping one of their chakras to one of my chakras … or roping my chakra to another person’s chakras. And it takes understanding that we can change the situation, to change it. Otherwise it will continue on for hours.

So the misogynist ploy that has been happening is this: A man who has as his Shadow hatred of women, or misogyny, wants to rape women through psychic rape, on the astral plane. This is probably not something they do in real life; it is an imagination thing … a carrying out, in the imagination, of that, either consciously or subconsciously, or through daydreaming, in the dream world.

So this person dreams of roping their sexual chakra to a woman. What they want is the aggressive drive, the lustful, raping feeling to persist over and over again, all day long, through this psychic roping that they do. But they do not want to be bothered back; they just want to do it. They do not want to be reciprocal about it.

So then the second step is, they visualize this woman that they rope to … her sexual chakra being roped to another woman. So this other woman and she, all day long share a sexual drive.

Today I found out what to do about it. Do not feel bad if this happens to you; it is just really an acting out of the Shadow that is coming to Light for men, and clearing. So do not feel bad about it. But here is the thing to do …

When you notice that this connection that you do not want is occurring, then visualize … very vividly … this man, wherever he is, being roped to some physical object in his environment. For instance, if he lives near a tree, you could imagine that sexual chakra rope looping around the tree, and just getting tied up there: I rope you to this tree!

I tried roping them to other people, but the other people all objected! So I figure this is an inanimate way … I mean, the tree may be objecting, that is true. So in that case, if you feel that the tree is objecting, or if there is no tree, you could rope them together. How would that be?

Or a hitching post? What could you use? Rope them to the steering wheel of their car, if they are in the car! Just think of something local to them, and rope them to that every time.

Visualize very vividly! This is part of learning our co-creative abilities. And I think it is the most loving and the least harmful way that we can deal with this intermediate situation right now.

So there you have it! I am wishing you a wonderful day! I hope you get a chance to walk in the lightning storms, hear the thunder, and emerge completely clear and perfectly safe! [laughs] …

So this scenario is unfolding in the world as we speak … and, no doubt, soon to be resolved. [laughs] [End of video]

TYPES OF PSYCHIC ‘ROPINGS’ OR ASTRAL CORDS, AND THEIR SOLUTIONS

1. A man ropes himself to a woman in the second chakra, and ropes the woman’s second chakra to that of another woman … this is psychic rape.

Solution: Visualize roping the man’s sexual chakra to an object in his environment, such as a tree or a doorknob.

2. A man pretends to be a woman, especially a woman who objects to his attempts at psychic rape, while he is psychically raping another woman. This fosters hatred between women, so that they cannot support each other in preventing psychic rape.

The following psychic roping techniques were not described in the video, but are important. I speak from experience, as this has been happening to me in recent years …

3. A man ropes his sexual chakra to woman’s vagina or rectum, thus interfering with her pranic column grounding. His ratiocination regarding the rectal roping: When I was young, this was the only form of birth control …

Ok, so you love it well. But on the other hand, it is not my kind of daydream.

Solution: Visualize a flow of energy from the man’s sexual organs to your vagina or rectum, and from there up your pranic column and on up to the Central Sun. Say: From my vagina [or rectum] to God.

4. A man ropes his wife’s sexual chakra to that of another woman during the day so that he won’t be bothered by sexual thoughts from his wife. In this way he can spend his day developing himself spiritually.

He may pretend in his mind that all the people involved are other people, and call them by other names during the visualization, so as to redirect the women’s negative feelings about what is happening.

On How A Couple’s Astral Matter Intermingles and Equalizes at Night. To all this I say: When two people are married, they share their astral matter at night. This is part and parcel of being married. So no matter how much the man’s astral matter becomes ‘higher’ during the day, his astral matter will equalize with that of his wife at night. There is no getting away from it.

Women are not ‘objects’. They are not ‘mammon’. They are human beings with Souls. It is the first job of a spiritual adept to protect the auric integrity of other human beings, including women. That is my stand on this topic.

6. A group leader promotes all the members of his group psychically raping a woman who opts out of the group. A second in command to the spiritual leader relays off with him in imaging this psychic rape, so that it takes place 24-seven. This promotes group unity, as none of the women in the group want to find themselves in the shoes of this scapegoated out-group woman. Technically, this is part of the Patriarchal Domination mental filter, rather than the Cowboy Sex mental filter.

7. A man envisions his head on top of a woman’s head. He thinks: My thoughts to your thoughts. I AM HIGHER. This confusion of physical tallness with spiritual and mental superiority arises from the symbolic imaging of the subconscious mind. Technically, this is part of the Patriarchal Domination mental filter, rather than the Cowboy Sex mental filter.

Solution: Imagine a flow of energy from the man’s head to the Central Sun. Say: Your mind to the mind of God.

MEN ‘JACKING OFF’ TOGETHER … VIEWING WOMEN AS OBJECTS

In the above video, note the following themes …

In the below video, from a psychological standpoint, riding the bucking horses might be viewed as an attitude of warring toward women, a feeling that they are difficult to control sexually. The calf roping in the second part of the video might be seen as a way of dealing with this at a safe distance, on the psychic plane … 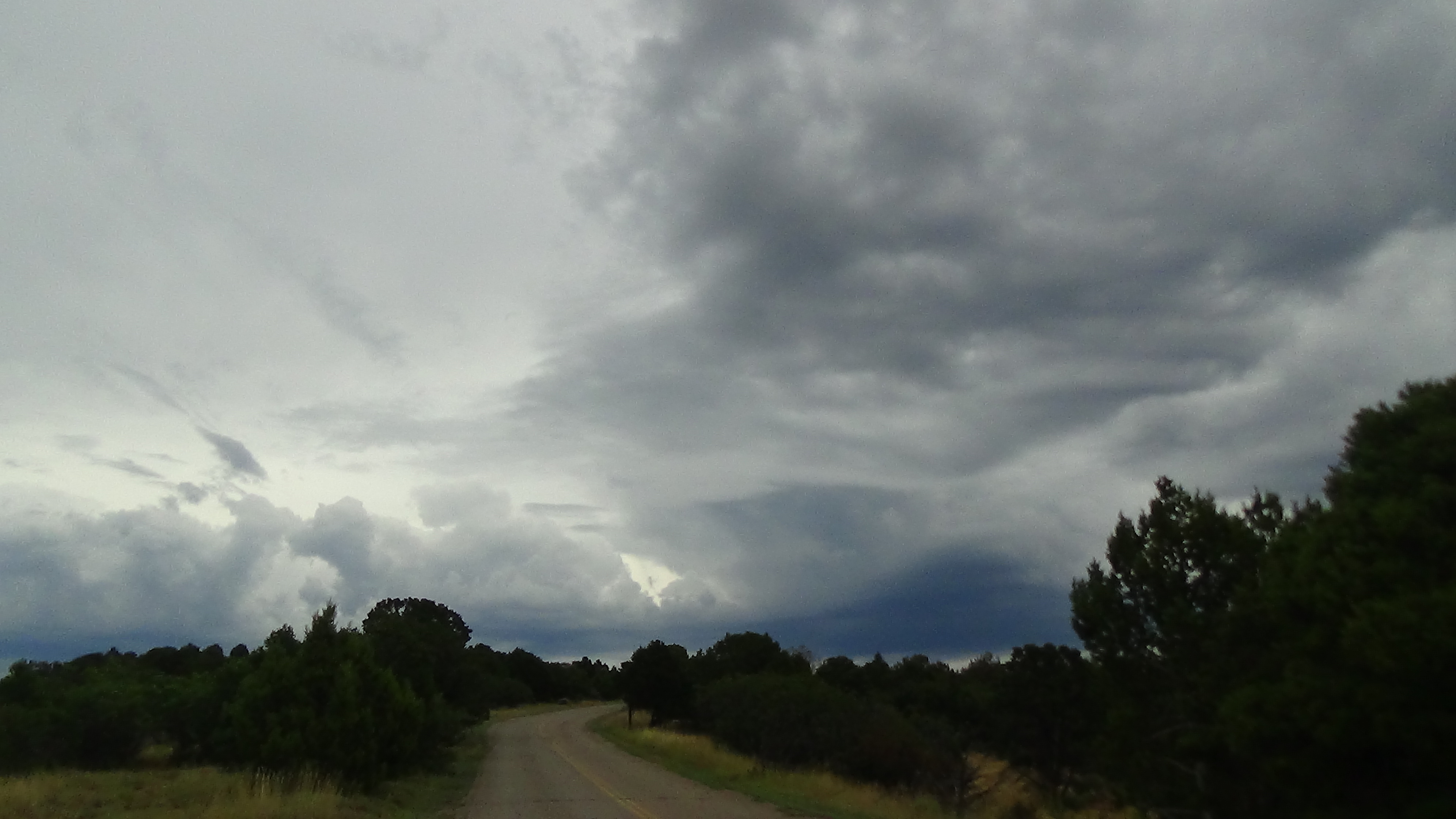