This is a video about reality …

We humans chose the experience of Duality … on both the physical and the astral plane … because it helps us achieve Soul wisdom.

The experience of physicality is but a brief hologrammatic ‘performance’. Most of our causal realm Soul learning takes place during the temporally lengthy intervals between incarnations, during which we are experiencing the astral and mental planes and refining our understanding of our most recent incarnation.

One could view incarnations as ‘field work’ and the disincarnate intervals as ‘classroom time’ in Soul school.

I have a short story to tell you about a science fiction movie I saw many, many years ago, at a time when the effects of science fiction movies were rudimentary, compared to today. But because we did not know that they were going to be getting any better, we really got into those sci fi effects in the early films.

“Fantasia” Movie. The first film that I ever saw was “Fantasia,” a 1940 animated film produced by Walt Disney. “Fantasia was a beautifully rendered cartoon movie with absolutely exquisite music in it …

I loved it. I saw it twice, I think, when I was very young. It was the only movie playing. As I recall, it may have been the very first film to play in a small movie theatre in my home town, Upper Marlboro, which is the County Seat of Prince George’s County, Maryland.

“Rodan” Movie. Then, some years later, I went with some friends of mine to see a science fiction horror film with the very earliest science fiction effects. Called “Rodan” …

This is a trailer from the movie, which I take to be expressing the nightmares of the collective unconscious of the Japanese people following on the atom bomb explosion there …

The movie told the story of a giant monster godzilla animal that was as big as a tall building … or larger … and it went around eating buildings. I could tolerate only about ten minutes of that, and then I went outside the movie theatre and waited for my friends to finish the movie. It was that scary for me. That is the second story.

“The Fly” Movie. The third story has to do with a sci fi movie that I saw some years later; I think it was called “The Fly” …

And then I saw it again, so I remember the details pretty accurately. It had to do with an extremely courageous, innovative, daring scientist who invented a machine … What did it do? Somehow it took you to the future and back; it rearranged your atoms in some way, on the way back. It was a little like your very earliest “Beam me up, Scottie” Star Trek idea, except that this was a Mad Scientist notion.

His wife saw him get into this contraption; he was going to be the first person ever to try that. Unfortunately, there was a fly in there two. On the way back, the atoms of the scientist and the fly got mixed up, and the result was a person with the head of a fly … which scared his wife considerably … and a fly with the head of a person … which talked in a tiny little voice as if it were the husband, only it was so small you could barely see it.

I realize that this is an unhappy story, but I like it, because it has to do with the realms of reality that we are experiencing, too. I could use it.

A Hindu Tale: The God Who Thought He Was a Pig

A long, long time ago, the Hindus came up with a story that was a little like a story I am going to tell that is based on “The Fly.” It had to do with a god who incarnated on Earth and fell in love with a pig lady, and had a lot of little pig babies, and forgot that he was a god …

Then the other gods, I guess, seeing the predicament he was in, made sure that he died and came to the realization that he was not really a pig; and he was very surprised about that.

This is a metaphor for the eternal Soul, I think; and how it falls into a human incarnation … falls into the web of cause and effect in the 3D realm … and forgets how godlike it truly is.

Balance in the Third and Fourth Dimensions: The Dark Network and the Grid of Light

To get back to the story of “The Fly” … In the third dimension, it seems to me, there is a Dark Network and a Grid of Light, and these two are intimately entwined, to the point where it is not really possible to eliminate evil at one point in the gridwork, by shining Light on it, without ratcheting up evil in the Darkness in the Grid of Light. At least, this was the case before the Ascension process happened.

It is a kind of ‘mousetrap effect’. To me, it feels like a skein … a warp and a woof of a blanket … different colored strands woven together to create this reality. As I say, it is not possible to make the Dark lighter without making the Light darker. It all has to balance out …

The Human ‘Fly’: Crying Out for Rescue from the Causal Spider Web

Here are some stills and some of the sound from the end of the movie “The Fly.” In the finale, Vincent Price mercifully puts an end to the high pitched shrieking of the little guy caught in the spiderweb …

This movie ‘The Fly’ reminds me of the Dark Network … the causal trap in which we humans have agreed to play the Duality Game so as to increase Soul wisdom.

Just from the perspective of this third dimension, physical reality … and a little bit higher realm which is also causal, the astral realm … people seem to me to be like that sci fi image of the tiny little fly with the head of a person, crying out, Help me, help me! I am right here! …

And then the friend or wife is just sitting in an easy chair on the lawn, and cannot hear it because the voice is so tiny … it is the voice of a fly, and the mind of a person.

In the causal realm, we are trapped like that. And the people that I hear, on the astral plane, are like that too. It is a transformation, definitely; a transformation … from the eternal now to the stuck-like-superglue causal realm …  so that we can experience Soul lessons. It is not done without considerable skill on the part of our wonderful teams of Angels and so forth. And it is not us. It is not us.

How to Escape the Causal Realm

I just want to explain something for those of you who are coming to the point of understanding the limitations of the third dimension, and the astral plane … the fourth dimension … and you want out …

The way to get out … the exit door for the ‘playhouse’ … is your ‘topknot’ up here [point about 3 inches above head] … your eighth chakra up above your head. The ‘bow-tie knot‘ or constriction, the varying constricted energy that you feel there, is the producer of the astral play that you are experiencing.

If you place your attention … your Awareness … there, then ask for help from the higher realms, the knot will untie itself, and you will be free of the transformative effects of the third and fourth dimensions. You will be closer to your true, Godlike, eternal Soul.

So, just to let you know, the escape hatch … the exit door … from the causal realm is in the eighth chakra, above your head. And all you have to do, to walk out that door, is to place your attention there, and notice the bow-tie constriction. Then ask to align with God’s will and heart and mind, with help from your Ascension team and from the Angelic Realm.

When my consciousness sinks into 3D, I feel trapped like the little guy in the movie “The Fly.”

As soon as I place my Awareness on the eighth chakra, align with the will of God, and ask for help from my Ascension team and the Angelic Realm, I no longer feel trapped in the causal realm. It is a welcome sense of liberation.

For those who prefer the Advaita approach, as I sometimes do, the same feeling of freedom can be attained by calling in the higher selves, the higher subtle bodies.

The below animated gif portrays my sense of shifting from the causal realms into the realms of Light, and back again. Those attuned to the nuances of variations in the Body of Light may sense this shift occurring many times in one day …

Animated Gif: “Dark Network and Grid of Light,” by Alice B. Clagett, compiled on 27 May 2019 from self-portraits on 20 February 2016, CC BY-SA 4.0, from “Awakening with Planet Earth,” https://awakeningwithplanetearth.com … DESCRIPTION: Self-portraits of face while driving; the lighting changes from relatively dark, to mid-lighting-range, to bright sunlight. The animated gif loops five times, beginning with the relatively dark photo, and ending up with the photo in bright sunlight.

Animated Gif: “Dark Network and Grid of Light,” by Alice B. Clagett, compiled on 27 May 2019 from self-portraits on 20 February 2016, CC BY-SA 4.0, from “Awakening with Planet Earth,” https://awakeningwithplanetearth.com … 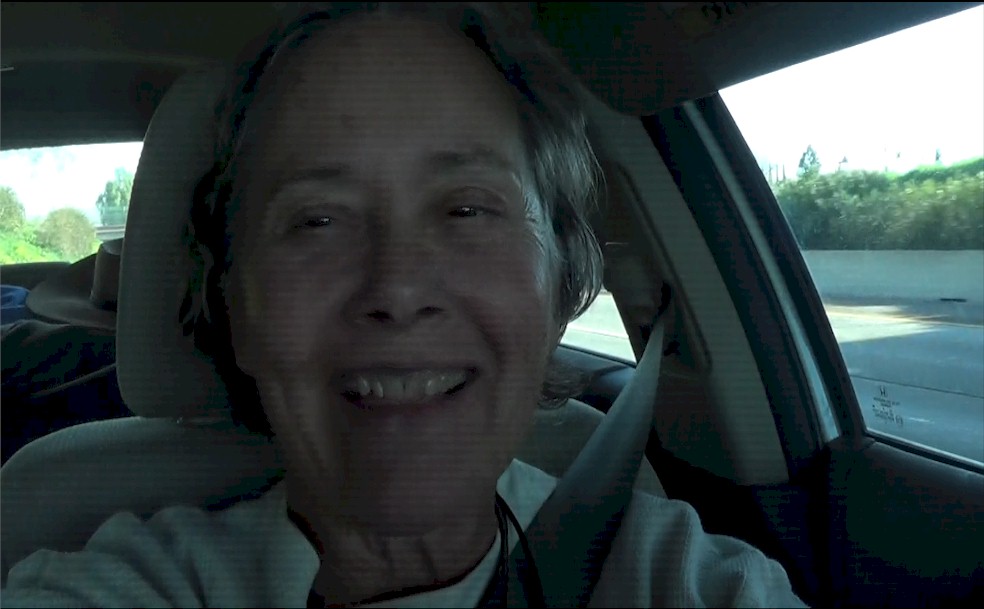 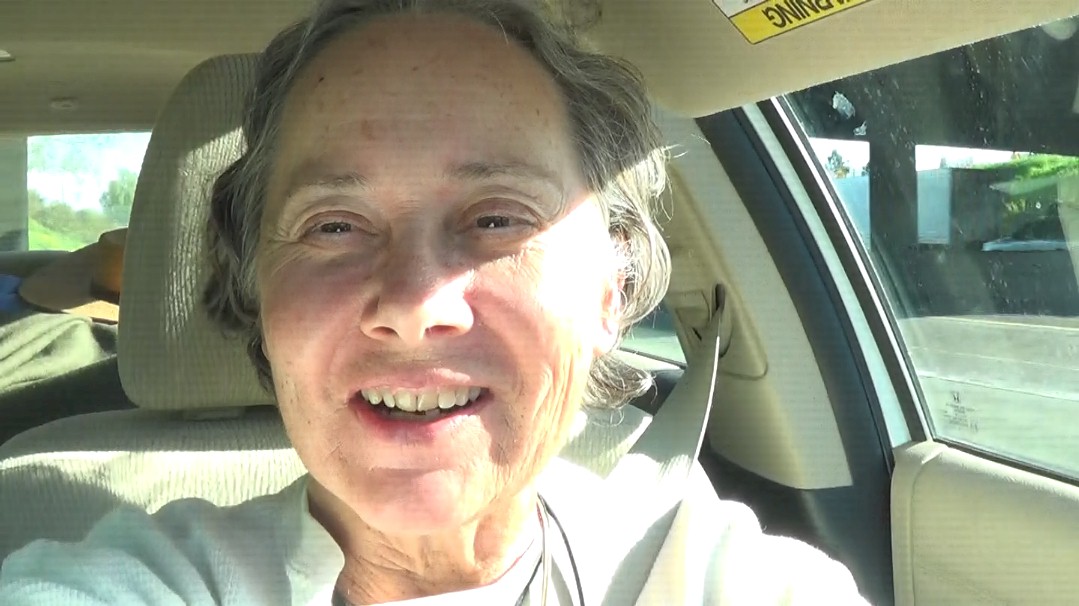 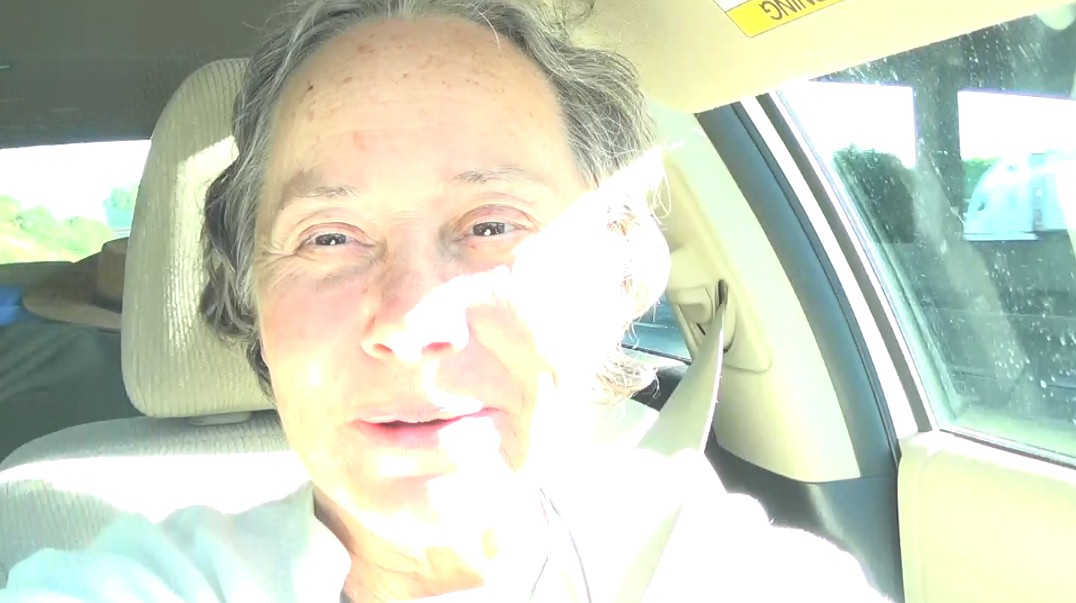 I hope I did not weird you out too much with the stories of the god who married the pig, and the scientist who transformed himself partly into a fly. I hope you are all doing fine and having a wonderful day, enjoying the beautiful sunshine … or cloudy day, if that is what it is.