Here are some views of Santa Monica Bay and some thoughts on Team Dark, the fourth dimension, the physical world, and the pranic column (aka the pranic tube, central vertical power current, kundalini, antahkarana, silver cord, and silver thread).

At the end of the video are clips and stills of Santa Monica Beach, along with the bold  instrumental piece, “Prelude No. 5” from the album “Preludes” by Chris Zabriskie, CC BY 4.0.

This is Santa Monica Bay.

It is early afternoon. The sunlight and the water are just incredible. Look! Dolphins! Dolphins in the Santa Monica Bay. [clip of 3 dolphins surfacing on the bay] … I don’t know if you can see this pretty well … They are having a good time. I wonder what they are up to!

I am here at Santa Monica Beach today, in the afternoon. And it is a really sunny, warm day. The water’s cold, but the sun is nice and warm. And so, I thought it might be a propitious time to talk a little bit about this Team Dark that various people have mentioned … because it is such a sunny, beautiful, bright day.

To my clair perception, the one time that I really sensed Team Dark, it felt to me like a thin, thin layer… flat, nearly featureless, extending out infinitely … so thin it doesn’t really have a dimension … of deep darkness, and a lot of pain, and suffering, and torture, and demonic entities, all twined together with human suffering and trauma and wounds, and like that.

When we lose touch with the physical world, we can sink into that space that’s just about the mind and the emotions … also known as the fourth dimension … I call it the neural and emotional nets … And those things twine up our sensation of the world until it doesn’t bear much resemblance to what I see here on the beach today, which is absolutely beautiful.

So when we lose touch with our physical senses … with our feet on the Earth, you know? … and with the sunlight on our heads, we can fall into that Team Dark thing.

Another good way to get around it, besides walking in Nature, and just actually feeling the Earth and the sunlight, is to practice pranic column awareness (aka pranic tube, central vertical power current, kundalini, antahkarana, silver cord, and silver thread) that Tom Kenyon talks about. And the reason for that is:

The fourth dimensional reality … what I call the neural and emotional net … our connections, as humanity, to that reality, siphon off our Infinite creative power. And so, the way to get around it, is to strengthen our awareness of our pranic column, which sends energy up and down our body. That strengthens our core energy, so that we can penetrate through the Team Dark arena, and then directly into our Infinite strength, and to the multitude of beings that are waiting to help us.

That is the news today, in the beautiful sunshine! I will talk to you all later. Take care.

Next are a video clip of sunshine and sandy beach, then still images of the beach, accompanied by the bold instrumental piece, “Prelude No. 5.” from the album “Preludes” by Chris Zabriskie, CC BY 4.0. 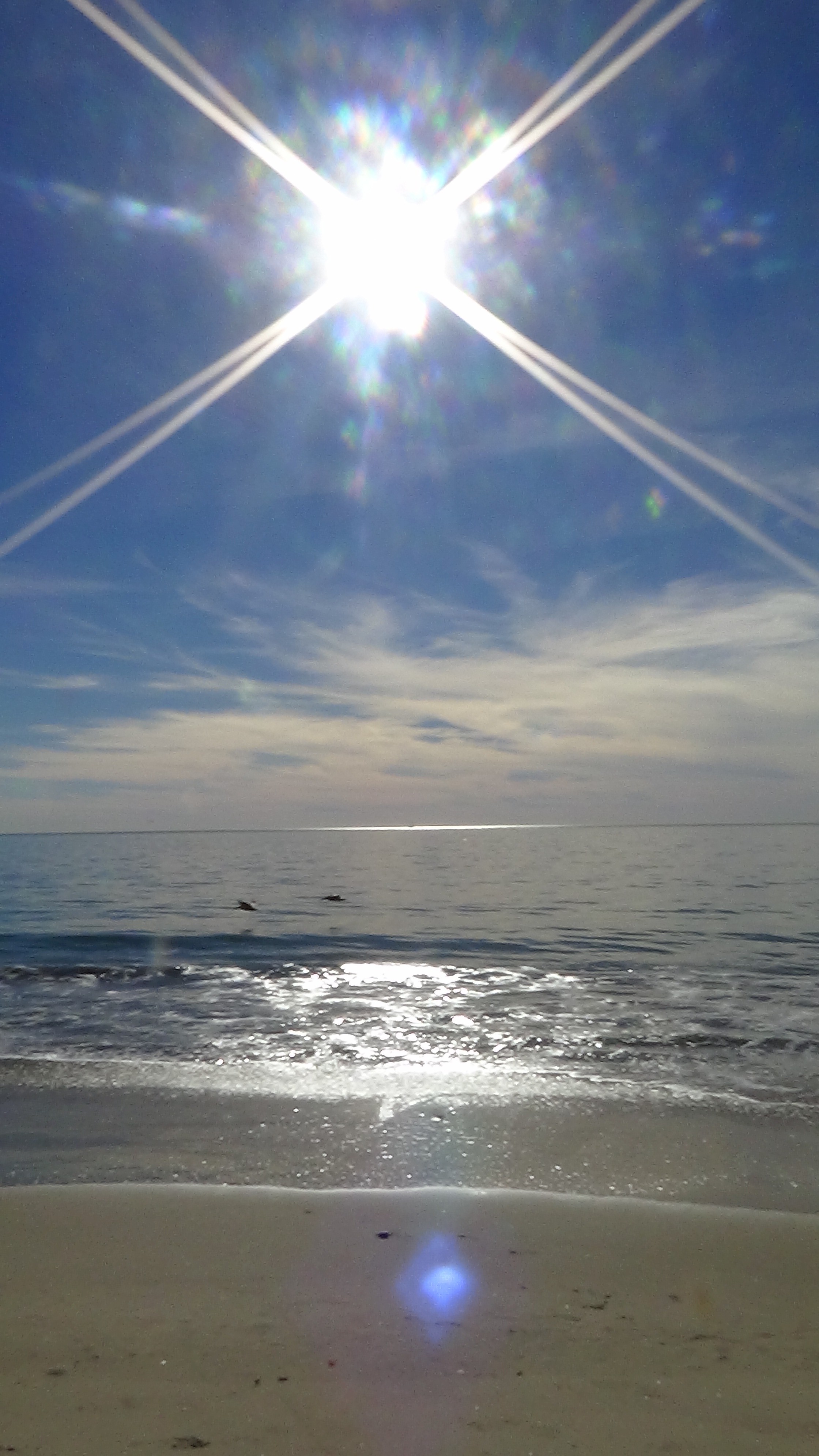