Written and published on 10 October 2013; updated with images, text and videos during October 2021-January 2022.
Biblical references (if there are any) are in light blue font.

This is section “2. Who Is Satan?” from the video series “Satan’s Powers and What to Do About Them,” by Alice B. Clagett. There is an edited Summary after the video …

I have for you today the second section in the video series “Satan’s Powers and What to Do About Them,” by Alice B. Clagett. Today’s section is entitled “Who is Satan?” Here is the Introduction …

I do not know that all people understand about Satan. They think he is a great, powerful dude that can make them great and powerful, when in fact, Satan is more like a leopard or a lion or a tiger … very, very cunning; very predacious; very eager to feed on us.

Satan lacks a Soul; it lacks a Higher Mind. Yet this astral animal seems to have those because of its great gifts of mind control. It seems to be like a great warlord on Earth because of its rapacious desire to wreak violence on others.

I have a picture here for you, called “Evil Eyes.” It is a drawing by me … by Alice B. Clagett. It is really a picture of something like a cat’s eyes in the Darkness, only very mean cat’s eyes, like a predator animal … a lion, a tiger, a panther … something like that, hiding in the Dark and waiting to pounce on a person … 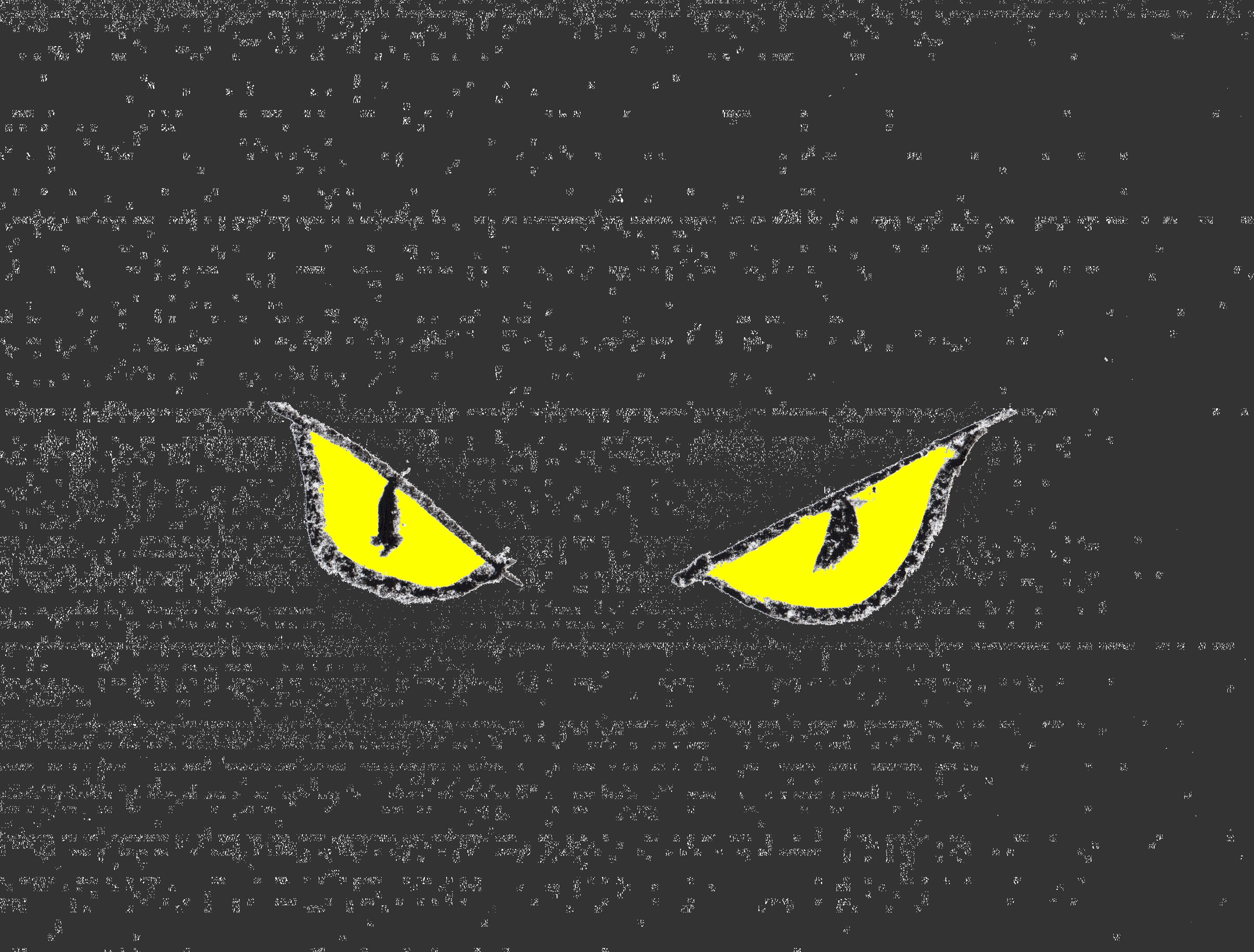 This is more or less my idea of Satan: something that endangers our human existence … our forms, our energy fields. I do not see Satan as a big, macho man that can help us out in human warfare. I see him as a danger to the human race.

Some say Satan is not supreme evil. Instead, they feel it is an intelligent being, an organized force that is necessary to the creation and enactment of Lila, the Play of Creation. Satan’s adversarial actions on humankind … ‘adversarial’ means fighting against, or warring against, or being the ‘adversary’ of … force us to develop spiritual discrimination, and this discrimination leads to Soul realization. That is otherwise known as self-realization or enlightenment or Awakening or Infinite Awareness.

It seems to me that this an excellent explanation of the mission of Satan, from a higher perspective. From the perspective of the minions of Satan … that is the evil beings that are led by Satan … on the other hand, and frequently from the human perspective, this higher mission of Satan is not in focus. Rather, the emphasis is on enjoyment of producing Darkness. [Sudden, loud sound of an airplane flying overhead produces what seems like a ‘Dark Attack’ by the Satan Realm.]

SATAN’S HOLD ON THE WORLD, AS I CLAIRLY VIEW IT

This section is entitled “Satan’s Hold on the World, as I Clairly View It.” ‘Clair means ESP … extrasensory perception … ‘clair viewing’ or ‘clairvoyance’.

I think that there is a Force … as I have mentioned before … roaming the world. I call it the Unconscious Thought Cloud of the World. I have talked and written about it a lot of times. Now, what I have not known until recent years is that it is highly intelligent, and motivated towards the downfall of humankind … of humanity.

I used to think of it as a conglomerate of thoughts that we all have. But in recent years, it appears to be very intelligent, and ‘on a mission’ to preserve Duality; to preserve the third dimensional experience. Some of us are becoming aware of this energy of Satan … very aware indeed.

The sections “WHO IS SATAN,” “WHAT ARE DEVILS?” and “HOW TO RECOGNIZE A PERSON WHO PRACTICES SATANISM” are excerpted from … Link: “Who Is Satan? What Does a Satan Worshiper Look Like?” by Alice B. Clagett, written and published on 31 May 2017; revised … https://wp.me/p2Rkym-7gx ..