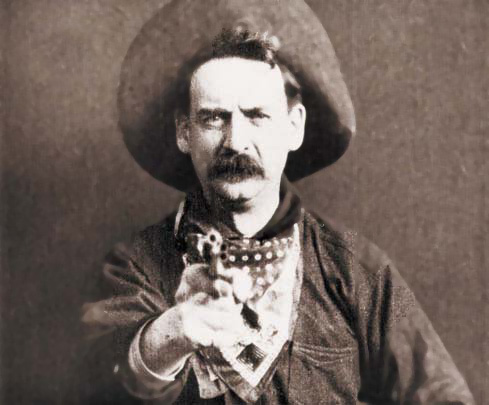 From 2016 to 2020, I had a concern that attempts were being made to shake me down and maybe even to murder me, to keep me from ‘squawking’ about being fleeced by some con artists. Here is how the story goes …

The occasion was what I intuited to be a ‘deep freeze’ and ‘slam down’ attempt on my life and property. That confidence game is described here …

Just afterward, on the psychic plane I logged onto a ‘Reuben Frost’ stock laundering scheme in which a number of shady stock brokers nationwide apparently used the name of one broker, since apparently retired, in New York State. [‘Reuben Frost’ is the name of a fictional book series along the theme of stock brokers who murder their clients and subsume their assets..]

The hunch I logged onto was that these bogus stock brokers, using the name of a retired broker still listed with one of the most prestigious stock brokers in America, were in cahoots with the ‘Slam Down’ con artists, and would transfer the murdered person’s assets out of their brokerage account as soon as the deed was done.

For all I knew, it could be that the con artists themselves posed as the stock broker, and might sweep the account into their own at the moment of the murder.

This seemed on the far fringe of the possible to me, but just in case, it seemed right to move what meagre holdings I had to another stock brokerage right away. I felt all the more urgency about this because I realized I had gotten the referral to my stock broker from a West Los Angeles friend of the three people I felt had been involved in the ‘slam down’ attempt.

On delving around I found that the name of the series’ author Haughton Murphy might have been a pen name for my own stock broker, who was at that time (though it looks like he is no longer) with a prestigious brokerage in the state of New York. As I recall from an online search, that broker may also have been a lawyer who was at that time certified in New York and California; at least, there was a lawyer by the same name.

I gathered my stock broker, being of an advanced aged, might have been subbing out his work to another, younger man with the same first and last name and with a different middle initial and phone number. From the records, I gathered that man had done unauthorized trading on my account, and also sold me some Puerto Rico bonds that tanked. At the time I purchased the bonds, he told me emphatically they were safe and said they were backed by the research reports of his prestigious brokerage.

FLIGHT FROM THE WILD WEST

The putative ‘slam down’ attempt on my life and property took place in the Wild West in the autumn of 2015. The boldfaced nature of this hair-raising attempt on my life by three people who at the time were residents of that Wild West town left me no choice but to flee for my life. I had a hunch that several mean-eyed men might have been ‘hot on my tail’. That is the notion I had at the time, though facts be mighty few.

………………..
Sidebar: Wild West Shakedown Attempt: The Long and the Short of It

That no violence to my person took place in the Wild West had its good and bad side. The good is that I was not murdered. Through intuition I was ‘one step ahead’ and slipped away just in the nick of time.

The bad is that, for the same reason, I have no proof of a murder attempt that seemed to me might have been long and craftily planned by folks well schooled in that heinous art. Without proof, how can I find legal solace? How can I return to that lovely town? I feel in my heart a well-laid plan has for years been set in place in the event of my return, and would unfold the minute I set foot there.

For the good of the people of the Wild West, there might, in a way, be recourse. I have a hunch that murder of woman tourists may be occurring in towns of the Wild West every year, just after the autumn deer hunting season closes.

If the hunch pans out, it might be possible for law enforcement in the Wild West to discover and apprehend the perpetrators when the next murder occurs. That would make the news, and it would make a town safer for tourists, and improve the income brought in through the tourist trade.

TOUR OF THE SOUTHWEST AND RETURN TO LOS ANGELES

What happened next was the Tour of the Southwest described here …

As you can imagine, strangers must have been walking into my home when I went to the grocery store during the year 2016. Things would disappear from my home, with no sign of forced entry, while I was out.

When I told the Los Angeles police about the break-ins and the disappearing items in my home, they called the thefts the ‘perfect crime’. They explained ‘the mob’ works like that. That meant I had to make my home as secure as possible, and that I had to watch out for myself wherever I went, for about four years, out of concern for strong-arm interlopers.

‘CROSSING SWORDS’ WITH THE MOB IN LOS ANGELES

Through dint of long effort, I was able to make my home, my post office box, and my person more secure. I could not get my car key replace, and odd things were happening to my car during my senior fitness classes at 24-Hour Fitness in Fallbrook Mall: I would get in the car after class and the car would not start.

That happened again and again; I began to think someone might have got hold of a spare key from the set of keys that had been lifted, and might be opening my car door while I was in class, and that might somehow be the cause of the ignition failure. That was all my mechanic and I could come up with, although we tried an ingenious mechanical fix or two.

Of equal concern was this: In my senior fitness class at the Mall, I kept ‘crossing swords’ with an apparent accomplice of ‘the mob’, a woman friend of the masseuse described in the “Ice” poem, who had the chutzpah to sign on as senior fitness instructor at 24-Hour Fitness in Fallbrook Mall. Then another woman instructor, of similar personality, showed up there. I did a drawing of the second woman here …

There was quite a commotion at that senior fitness center; eventually I decided to quit the class so as to get round it.

In retrospect, the four years 2016-2020 were a hard slog. For the nonce, though, what with COVID precautions in place, all is quiet in the City of the Angels, by God’s good grace.

For more stories like this, see my blog category: Alice’s Perilous Tales

Written and published on 8 August 2020; removed from online, then republished on 7 July 2021; revised on 24 July 2022.
Previously titled: “Alice’s Perilous Tales: Murder in the Wild West”
No names are added; the account represents concerns I have but cannot substantiate. Because of that, the blog describes fictional goings on, rather than hard facts.