This video covers a range of topics — ascension, telepathy, the gut brain, characteristics of uncleared lower chakras, anxiety, groups and the effect of the collective unconscious, also known as the unconscious thought cloud of the world. Suggestions to counteract the effect of group gut brain telepathy: Calling on beings from higher planes, visualizing our pranic column (aka the pranic tube, central vertical power current, kundalini, antahkarana, silver cord, silver thread), concentrating on enhancing our own body of light, and consciously grouping.

After the video are an Outline and a Summary; text in green font is not in the video.

I was getting ready to do a video for you all about groups and astral cords and telepathy. And then I heard a noise in the water down by where I am sitting. And I noticed there is this big crawdad down there … crayfish … which … I do not know whether you can see it or not; the water is a little bit murky …  See it moving along there? … 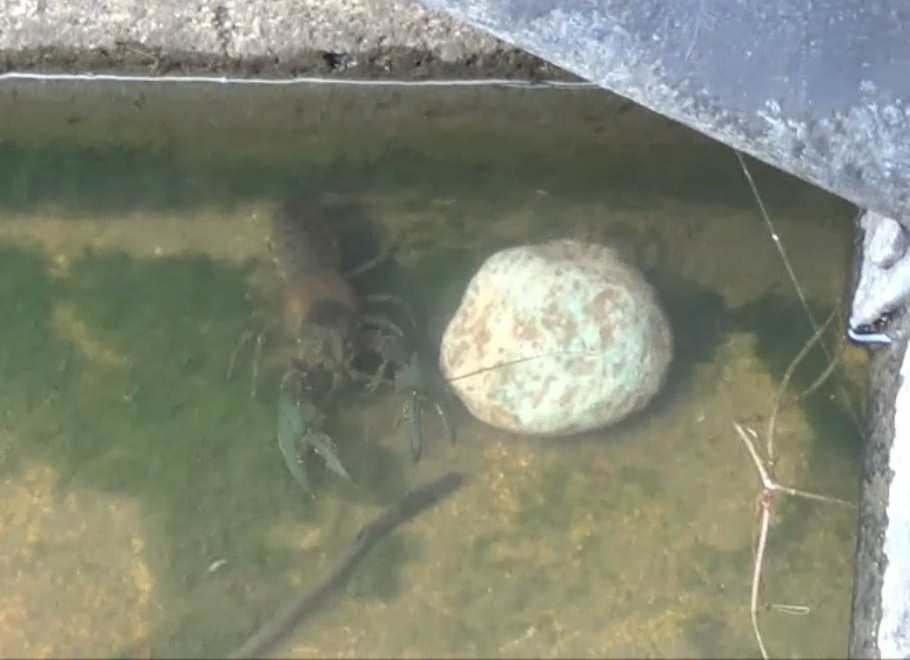 There it goes! It has big claws. And I think it knows I am here, because it has its claws facing toward the sound that I am making here. So, Hello, Mr. Crawdad! … And I will bet there are a few others down there too.

But so, just to give you a glimpse of what I am looking at, right now, I am getting a good view … 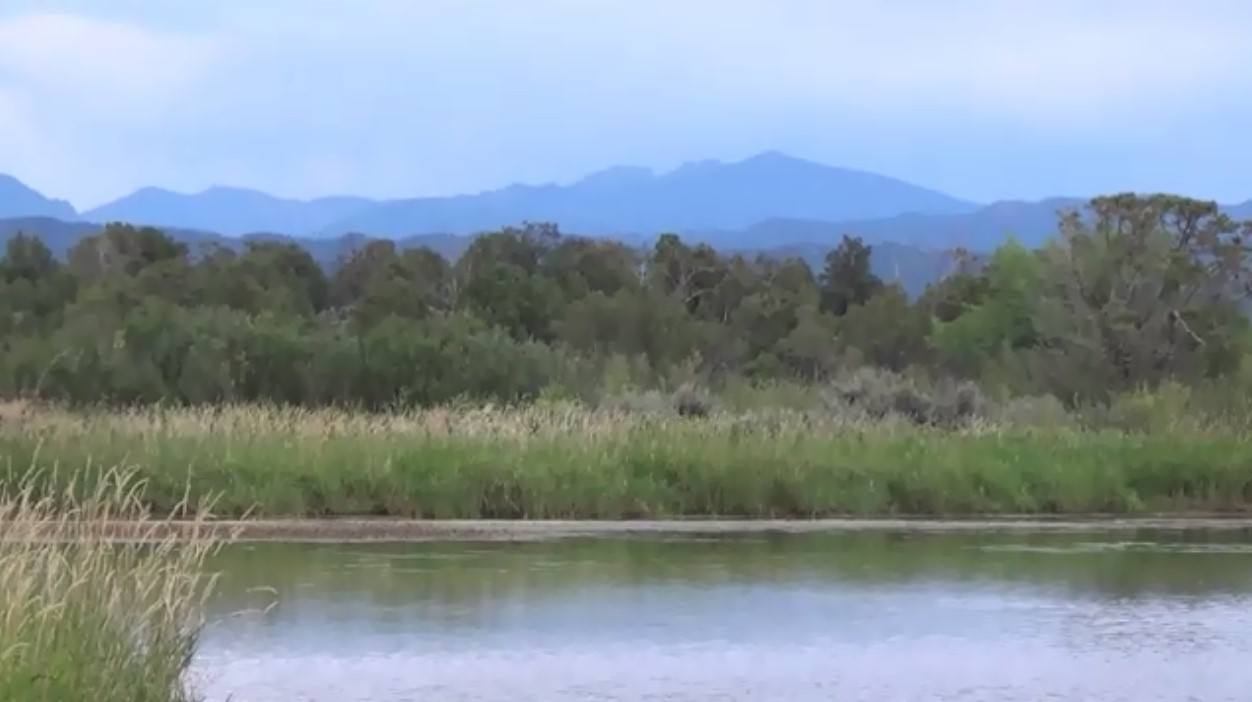 And what you are hearing right now is a fisherman. He was out there fishing in there, and right around this way, over here … 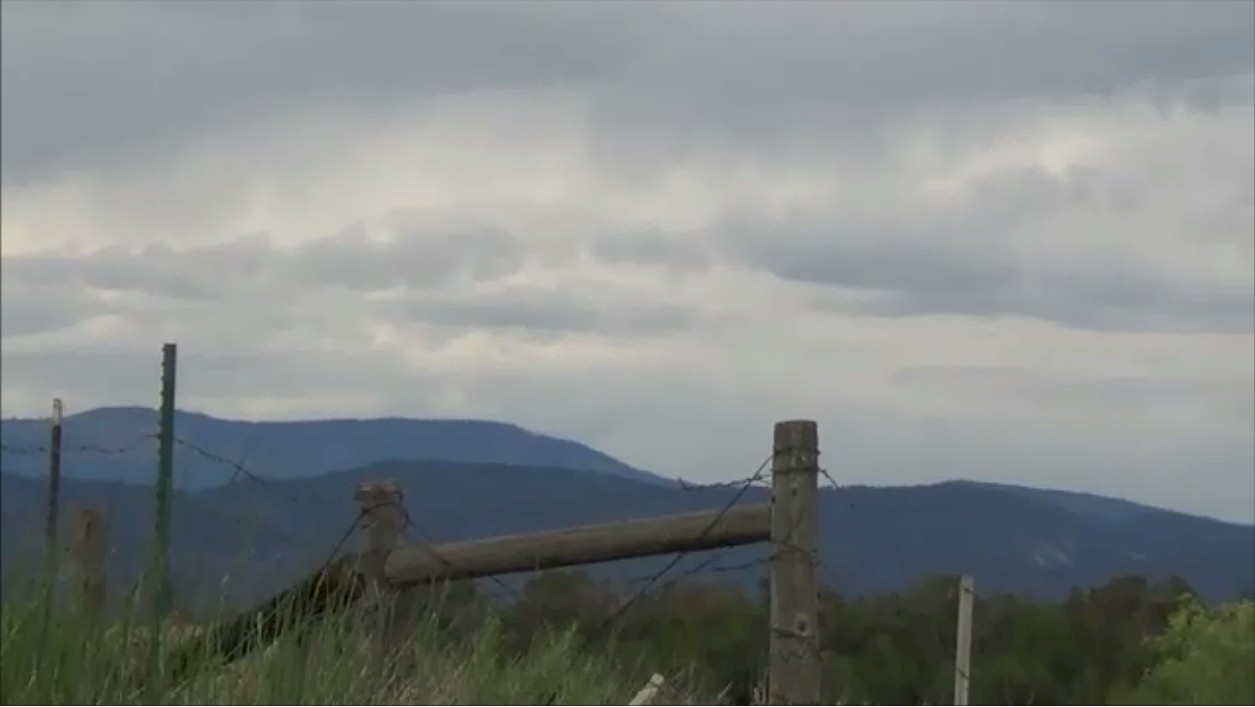 … sometimes you will see a bald eagle circling, but it is leery of the people. I have been trying to get a shot of it for you, but it is very leery of people.

So this is the opposite end when where they were fishing [speaking of the place where sitting] … This is the outlet to the aqueduct, over here; it goes off into the farm country behind me. And I found a place to prop up my camera, which is a big help.

So, I wanted to talk a little bit about groups, as we are going through the Ascension process.

You know, everybody is getting telepathic these days; and that is the truth. And as I have written about a little, apparently there are quite a few different kinds of telepathy. And I am only familiar with the first two kinds, so we will talk a little about that.

Telepathy That Comes from the Throat and Head

Then there is another kind of telepathy. I just read, quite recently, a Scientific American article that was published in 2010 …

And it was about the intestines, the gut, and how they are aligned with neurons. And these neurons form brain cells … and they form what you might call a second brain. And this explains a lot of the experiences I have been having in the last two years.

Alarming Things that Other People’s Gut Brains Talk About Telepathically

Because I have been hearing telepathic communications that are not logical; that have to do with the first few chakras …

Of course, as the chakras are cleared, it is nothing like that. But right now, in the world today, there is a lot of clearing to do in the lower chakras, if you know what I mean.

And so I would have anxiety sessions, and all kinds of things would come up. And then finally one day, I realized that it was just people’s gut talking to me. And from that, I derived an understanding of something interesting, that we might want to consider …

As we ascend, you know, things are changing a lot. What it is … it might be because of astral cording … I do not really know the mechanism … But the groups that we belong to … Could be a work group; it might be a spiritual group; it might be the people at the supermarket; it could be a family group … any group that we feel an affiliation for … Their gut brain, the gut brain of those that we feel close to, is somehow talking to our gut brain. Believe it or not!

So we want to be careful about our allegiance to groups. Because what I am finding is that groups have set ideas about what our heart should be and do. But we have a duty to our own heart: To feel it, and know it, and act on that, on that heart.

But when we have these gut attachments to other people, all night long … believe it or not! … our gut is talking to their gut. And if their ideas are different from ours, we are constantly being inundated by those ideas; to the point where it is hard for us, in our daily lives …

When we wake up, then we have to wonder where these ideas came from, floating through the Collective Subconscious or the Unconscious Thought Cloud of our dreams, and into our brains. And in the morning, we wake up, and there they are. We do not know from where they came.

So, it falls upon us to always feel our heart. And to be very careful about who we associate with. And to do our best to cut our psychic cords, and fill our aura with Light.

I hope this was very clear to you. I think that we will all be discovering it on an empirical basis, as time goes on … or does not go on, as the case may be … because they say there is no Time in the Fifth Dimension. But it seems like there is still time, to us, even though the days flip by very quickly now.

And I think that we will all start noticing the effect of groups on us. And so, when you do, I hope you do not freak out like I did. And, know that there is plenty of help available from higher beings, so we can relate to them. Or, we can relate to our own pranic tube … aka our pranic column, our central vertical power current, antahkarana, silver cord, silver thread, or column of Light … instead of relating to the groups.

Hoping the Posse Will Not Be Hunting Down the Messenger!

Now, I do not know about you, but this information fell on my brain with a thud! And I was very attached to various groups. And it took a while to sink in, what was really going on. And so, I hope it does not fall with a thud on your brain. And that you just consider it as a possibility. Maybe it will fit the facts of your own life, and maybe it will not.

And so: Consciously grouping. Carefully grouping. Or maybe not grouping, and just being ‘I Am I” … you know?

Blessings and love. A beautiful day. Love you.