Here is a video of conversations with a deva and nature spirits at Lake Piru. There is a Summary after the video …

I am over here right now at Lake Piru, and I kept hearing this deep, rumbling, vast voice. I could not figure out who it was. Finally I realized it was the Deva of Lake Piru, if you could believe it … the deva of this entire lake. It sounds vast and magnificent, just like the lake. It is incredible.

So I asked it: Are you the deva of the body of water here? And it said [in a very low voice]: Yes, I am. Only its voice was much nicer than my own, and much deeper …

“Deva of Lake Piru”
Soundtrack and Words
Spoken by Alice B. Clagett
18 February 2020

Then it said: What do you call it?  And I said: We call it Lake Piru, or Piru.

But it did not seem very impressed by that. So I said: But what do you call it?

And the Deva of the Lake said: We don’t call it that. We call it … and then it used a very low voice, the kind that resonates in your heart. And it feels like a wave that has a slight ‘bump’ to it, like waves [on a body of water].

“Period and Sound of the Waves”
Soundtrack and Words
Spoken by Alice B. Clagett
18 February 2020

The sound of the waves is like this, but very much lower: Luuuuuuuuuuu …

That is the name of this body of water. 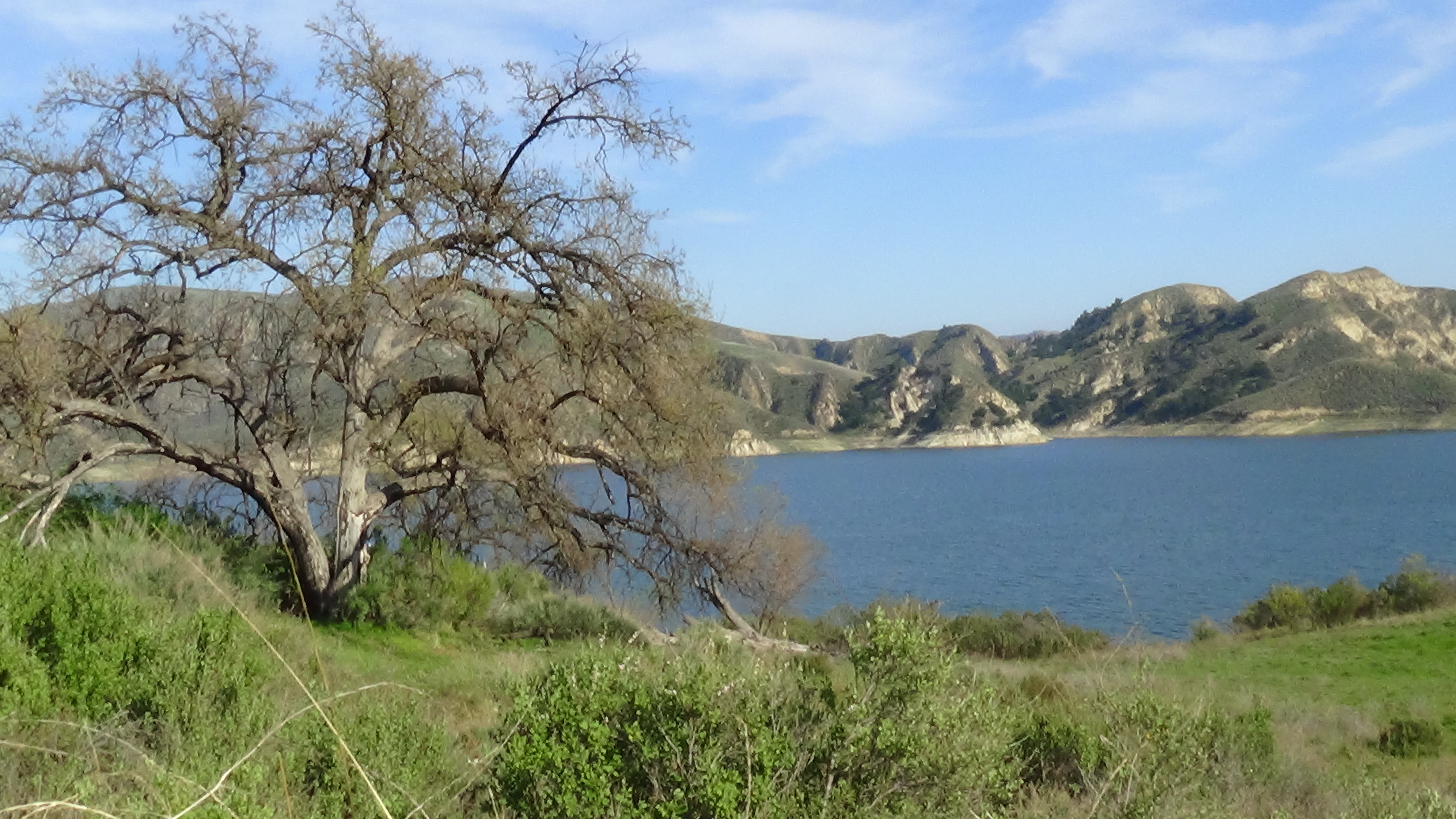 I was talking along right now. I was really talking to myself, and I said: I guess that’s the sound that the air makes when it walks over the water.

And somebody else said … I say it might be a senior nature spirit … It said: Wrong! That’s the sound that the water makes when it walks through the air. It might have been a Native American guide.

I have further word on the Deva of Lake Piru. I heard that same voice.

I said to it first: Are you a mountain lion?

And it said: Well, we might be a mountain lion.

And I said: Well, if you are not a mountain lion, what are you?

I could see a hand reaching down and patting the water. It said: We like the water.

I said: How many of you are there?

And it said like this … [Holds hand palm forward, fingers up]: We are five.

Sounds a little like gnomes, but gnomes do not like water. Maybe this is a new type of nature spirit, and not a deva … I do not know!

Ok, ‘curiouser and curiouser’. I said: Does each of you like a particular place in the water?

And it said: We all like the water everywhere.

Then I said: But what are you?

And it said: We are the wind that laps the water.

Do you suppose they might be zephyrs? … Maybe very large zephyrs; very large Spirits of the Wind … or very old and sage ones.

I just felt a gentle breeze coming up from the lake, and I heard that spokesman of the zephyrs say: What’s your name?

Down there by the water I just heard the voice of the zephyr say: Oh, God, Dharm Darshan’s gone!

And then those children’s voices said: Dharm Darshan went away!

I was talking to that zephyr spokesman. It is way down by the water. And I said: What a beautiful place.

And the zephyr said: Yeah, it is! Heaven made that place!

I turned around and said: How did you know about Heaven?

And the zephyr said: The angels came down and told us about that place.

I am going away from the lake just now, and down the hill. And I heard that being say: Dear heart, would you thank Dharm Darshan?

“Voice of a Fly”
Soundtrack and Words
Spoken by Alice B. Clagett
18 February 2020

Then a little fly buzzed past my right ear, and said in a tiny voice …