Written and published on 19 February 2019 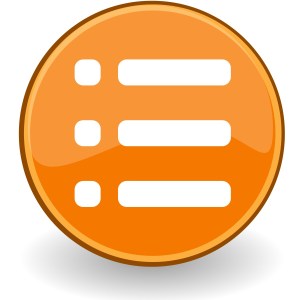 Here is a compendium of the more substantial of my blogs on Neo-Hinduism and Psychic Crime. In the literature I have studied, the word ‘Neo-Vedanta’ is sometimes used as a synonym for ‘Neo-Hinduism’.

I note that psychic crime is not a necessary feature of Neo-HInduism, but only an unfortunate ramification that occasionally shows up in Neo-Hindu groups.

Also of note: From my reading, it seems that, because of the nature of Duality here on Earth, in the third (the physical) and the fourth (the dreamtime realm) dimension, all religious groups … and in fact, all Earth groups … occasionally evidence Dark energy trends, one good example of which is psychic crime.

I see from my reading that Sri Aurobindo, known in regard to the terms that he often used and may have coined … ‘gracelight’ and ‘Integral Yoga’ … is considered a Neo-Hindu. His predecessor was Swami Ramalingam, popularly known as ‘the Vallalar’.

Omniscience and Omnipresence (which bear a relationship to the state termed by Swami Ramalingam the ‘deathless state’) are qualities sometimes found amongst those who follow the teachings of the Vallalar and of Sri Aurobindo.

In those who die without being in the state of complete Liberation, I see from my reading, the result can be a most unfortunate state known as that of the ‘disincarnate god’. This state can cause quite a bit of mischief in the psychic realm.

Thus I have included in this Compendium the below links on omniscience, Sri Aurobindo, and the disincarnate gods. For more on these topics, see my blog categories: Omnipresent and omniscient persons  …  and  …  Disincarnate gods – omnipresence  …  and the general category  … Psychic abilities: for good or bad?

At the top of the list is the most recent blog. My favorites are bolded.

Link: “Characteristics of Negative Astral Beings (Astral Rascals), Observed Through the People They Obsess,” by Alice B. Clagett, written on 24 March 2018; revised on 10 February 2019 … https://wp.me/p2Rkym-8xr ..

Link: “The Spiritual Powers of Omniscience and Omnipresence on Earth Today: Things to Look Out For,” by Alice B. Clagett, published on 15 April 2017 … https://wp.me/p2Rkym-781 ..

For the entire list of my blogs on Neo-Hinduism, click on that subject heading on my home page.