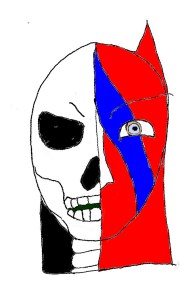 I updated a blog about the ASP (antisocial personality) sense of humor today, and added some personal details to it.

A new section regarding the ASP ‘Victory Dance’ is below …

The Victory Dance is a variant of the ‘Memento’, in that it acts as a memento of a kill; in addition it presents the memento to the world in such a way that no one is the wiser. For example, the Victory Dance may appear to be a commemoration of the ongoing life of the person who has been murdered.

The murderer offers remembrance of the kill under false cover, as a ‘taunt’ to Normals who, viewing the Victory Dance, feel the anticipatable sense of friendship and empathy towards the person killed. But the killer can use the victory dance to relive the thrill of the remembered murder.

Here is one instance I encountered through psychic inquiry in years past: Apparently the murderer put up a facebook page supposedly belonging to the victim, who was a professional woman. As I recall, that was in the year 2014.

In the instance in question, it seemed to me that there were sly comments by the killer posing as a facebook friend; these comments had to do with a new persona invented to cover his tracks … a new name, a new profession, a face job intended to confound law enforcement searches. One comment led me to believe that the killer might have take on the identity of a well-respected person who had passed on in recent years, and whose profession was the same as that of the murdered woman.

Here is another instance I encountered through psychic inquiry, also in 2014: A facebook page was put up for another woman apparently murdered by the same couple. That page offered a photo of the victim, still living; the time of day was sunset. The word ‘sunset’, in this context, had special significance to the antisocial couple in question; it had to do with a street name known to them. In addition, the image word might be taken to signify the end of the life of the victim.

It seemed to me that the facebook page might be a tribute to the woman’s life, as she had been known to the couple for many long years, In addition, it was a victory dance; it commemorated a kill, without providing an inkling of that to the casual ‘Normal’ who viewed the page.

I ought to add that I do not know whether the people spoken of above are living or dead. It could be I was completely wrong in my interpretation of the facebook pages. It is possible that I was logging onto the mind of a serial killer at that time … It was during a summer visit to Durango, Colorado, as I recall … and that the killer’s emotions and mental images somehow got mixed up with those of other Normal people.

Nevertheless, I feel that my description of these facebook pages represents the antisocial ‘take’ on the pages, though they may have been put up in total innocence by a Normal. The antisocial personality has a unique way, I feel, of torquing round what we Normals feel to be reality, till it suits his own world view.

The above blog has to do with Heart Vampire, Hunter-Snuffer, Wifer-Hacker, Alluring Calm, and Three House Hostess, but it is just an excerpt from another blog.