I have the strangest tale to tell today! This is about driving through the Arizona desert, and First Contact with a Star Civilization whose name is Ra-En …

[Short video clip of the desert just east of the town of Yucca, Arizona  … very dry]

I was out driving on Route 40, through Arizona today, and it was a vast expanse of desert flatland, with impressive mountain chains far off to either side … just beautiful, wide horizons, and not that many cars, It was beautiful. Pretty hot. And I was going past a little town called Yucca, and I saw a sign that said “Proving Ground Road.” This reminded me, by chain of mental association, of Area 51, and from there my mind wandered to the Star Nations that have been much discussed and channeled by Judy Satori … https://www.ascensionlibrary.org/ …

So, what with the beautiful expanse of sky. my mind started feeling very expanded. And so then, I was inviting in the consciousnesses of the Star Races. And the consciousness came to me; it was an immense, vast consciousness. a Collective Consciousness. And it rolled in, like REM waves through the mind, only far vaster.

It was an amazing, calming, happy experience. And they are so wise, so tranquil, so different from us. They do not think about things like hairpins, and the ignition of your car … things like that. No.

They are vast, and friendly, and wise. They had a little trouble with saying who they were; they say they call themselves: … Ra … En (which I now term: Ra-En)

And before the ‘Ra’, and before the ‘En’ are pauses that I think I could not translate properly, or understand properly, that had to do with the memory of their race. So but just the part that is verbal, that sounds a little like: … Ra … En

Let’s see; what else could I tell you about them? They came from a water world, a long time ago. And they were attracted to this planet because of the waters here. And they developed, all along, as a Collective Mind … They did not jump into that.

I was reminded, a little, of the Elementals and the Devas in the fourth dimension here on Earth. But they say that their intellect is far vaster than that. And they are not like humans, either, because we have individual consciousness. So they are completely different from us. That much I have a hard time grasping.

So they came here, and then they found the whales here, singing in the waters of ocean. And so they could not colonize here because of that. They must have had some feeling that they should not do that. But they were trapped here … because of the dimensional shift, I guess … for a very long time.

[I have no personal knowledge of the Anterion Stargate; I heard about it on one of Bill Ballard’s videos.  I note ..

… which Meline LaFont has written about here …

Then there is another Pearls2U blog the following month …

You might want to view his other videos around those dates as well. His youtube channel is …

…. And they were pleased to take advantage of that.

I might remember a little something else about them later on. But I want you to know just that there are a vastly intelligent, wonderful races out there, that respect us as humans, even though they are a little puzzled, for instance, by curiosity that gets us into trouble. So anyway: We are a birthing race, but we are nevertheless respected amongst the Star Nations, it seems.

So after that, I went as far as Searchlight, Arizona, and then I found out I was supposed to turn left and go over the mountains, on Joshua Tree Highway. And I have just a little bit of footage for you on that, showing you just how windy it can get in the Joshua Tree country.

That is all for now. Talk to you later. Bye-bye.

More Memories of the Encounter with Ra-En [The Maldekian, Ajna – Remote Viewer]

I began to get a feeling of vastly expanded mind, very fine, very clear — what you might call an experience of cosmic mind. Then I began to sense a group mind, not embodied. This was an entirely new experience for me, so I was very curious.

At first, I sensed this group mind as dormant; I got a sense of an undifferentiated, vastly expanded mind. Then they began to wake up — not all, but a few.

I asked their name. They hesitated, then they voiced two syllables. There was a lot of interference … I sensed this as my fear of them and their inability to condense their name into speech. I got the name wrong a few times, then I cleared my mind and heard: … Ra … En (which I now term: Ra-En). There were pauses before both syllables. The feeling I got was that their racial memories were contained in the pauses, but that I couldn’t grasp this.

They did not understand English idioms (figures of speech) but said they could understand any language, if spoken simply.

They said that I understood, though I was not they (?). That they would like to talk with me from time to time. I agreed; and then I realized they meant the human race; not me personally.

They said they were from a water world. Their sun went supernova, and they came to Earth because of its ocean. There in the ocean they found the beings that sing [whales, I guess] and so they could not settle here.

[This part of the conversation brings to mind a dream I had a few nights ago. I was speaking with a race of Star Beings. Was it them? They thought they must leave Earth soon. That they loved the whales, and could not take them with, as they were too big. I suggested, perhaps a whale embryo, and they thought, surely, yes!

In my waking state, since whales are sentient beings, I wonder at my dream-state ethics. But at the time, while dreaming, I was only one with the longing of this other race. At that time, I thought: Maybe they will take a whale embryo to another suitable planet. There, through their skill at genetic manipulation, they can create a viable gene pool of whales. Then, if ever Earth is destroyed, there will still be whales in the Universe…. What an odd dream!]

To get back to Ra-En: They asked my lineage, and I said I was Arcturian. That I have Hathor acquaintances. They said they did not like … I forget whether it was the Arcturians or the Hathors … as these had confined them to Earth for a long time.

The topic of curiosity came up. This concept was puzzling to them. They said it was curiosity that had gotten them into so much trouble in the first place. I explained that an understanding of the proper balance between the qualities of curiosity and preserving tradition might protect them in future. That this might be a topic for them to research. That the human quality of curiosity would soon be available to all beings throughout the galaxy. [I cannot imagine what I meant by this! Perhaps the light structure of the quality of curiosity?]

They said that, if dormant, they can live 1,000 years. Since they are all One, when ‘one’ is awake, ‘all’ are awake. I asked: If you could stay individually awake for 500 years, would you choose this? They said: We have never been individual, so the question does not apply. I said: I would choose individual. They said: In that case, you could not be one with Ra. I respectfully thanked them for considering this.

They asked my name. I said it was Om Ma.

Another person listening in telepathically asked if Ra-En could provide humanity with any inventions before they stopped talking with us. They said they had already done so … referring to Tesla … but we (humanity) did not use them. I said: So much free electricity might have damaged Earth. That what seemed like a setback was all part of the will of the One that is All. All for the good.

I mentioned the Shift. They wondered what would become of them. I said [I had heard this in one of Bill Ballard’s videos] that beings can return direct to Source now, or they may choose another path. That Ra-En would be in a better position to decide this than I. They said, more to themselves than me: When? I said that [per Bill Ballard] the Anterion Stargate is open now. They asked, more to themselves than me: Can we go now? I said: According to my understanding, yes, through the wormhole. They said: Not quite yet. And then I heard from them no more.

What has become of them? Is there an Anterion Stargate and a wormhole, as Bill says? I guess so. Maybe they went that way. Maybe they just went dormant again, and will see how things are a little later on. What I don’t know about all this could fill a pretty big book.

How It Felt to Me

When they began the first part of a thought, I could understand the whole thought, as if the thought were a tangled thread which, when grasped, imparted through a tactile sense awareness of its entire nature.

As we talked, I began to feel neural activity rolling like big ocean waves through my head. At first it felt like this … 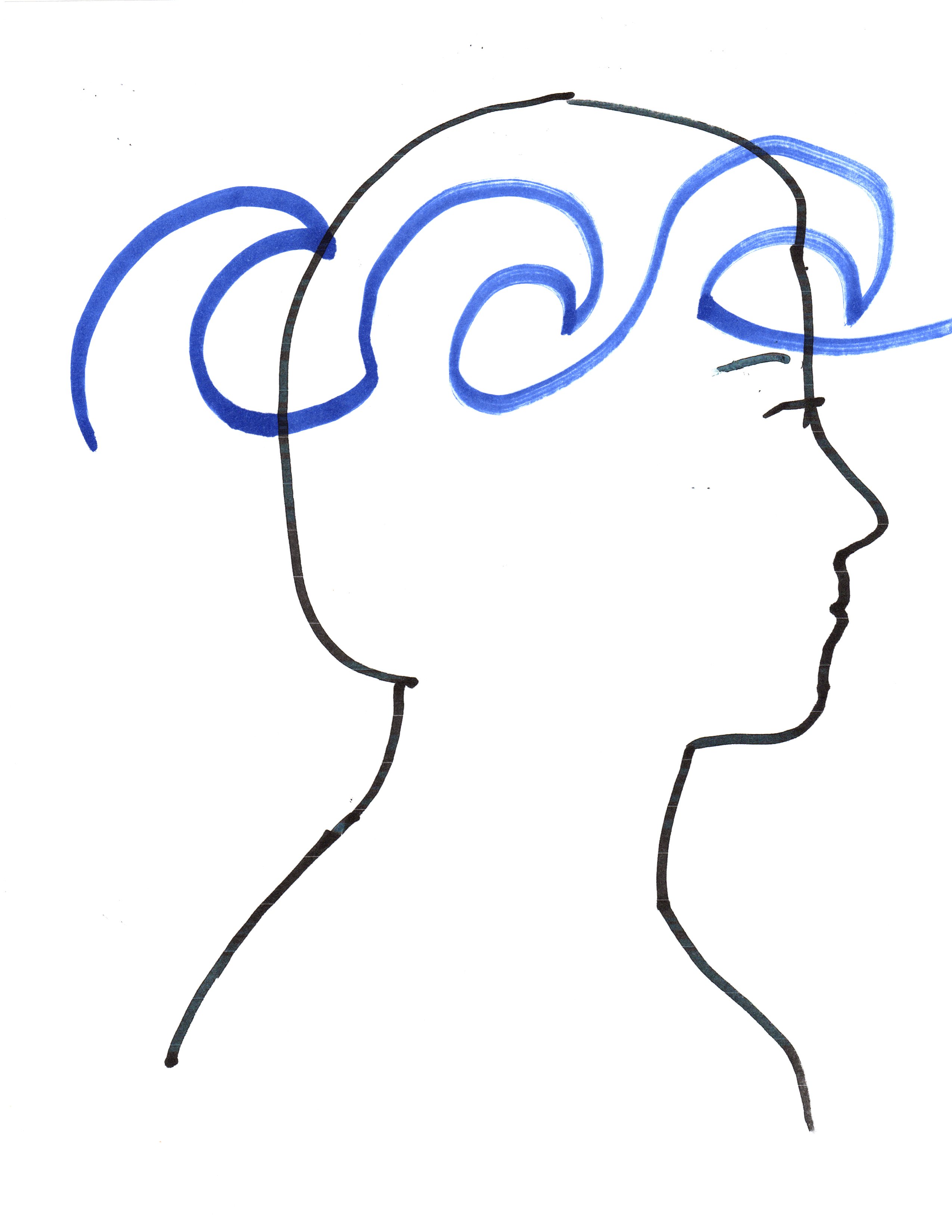 Drawing: “Ra-En Seeking Brain Wave Optimization,” by Alice B. Clagett, 13 March 2019, CC BY-SA 4.0, from “Awakening with Planet Earth,” https://awakeningwithplanetearth.com … DESCRIPTION: Outline of a head, with Kelvin-Helmholtz waves rolling through the brain from back to front, above the level of the eyes.

DESCRIPTION: Outline of a head, with Kelvin-Helmholtz waves rolling through the brain from back to front, above the level of the eyes.

It was a little like REM wave action, but more exuberant and less contained. I liked this feeling very much. It is a bit overwhelming, I feel, but very nice, very peaceful. 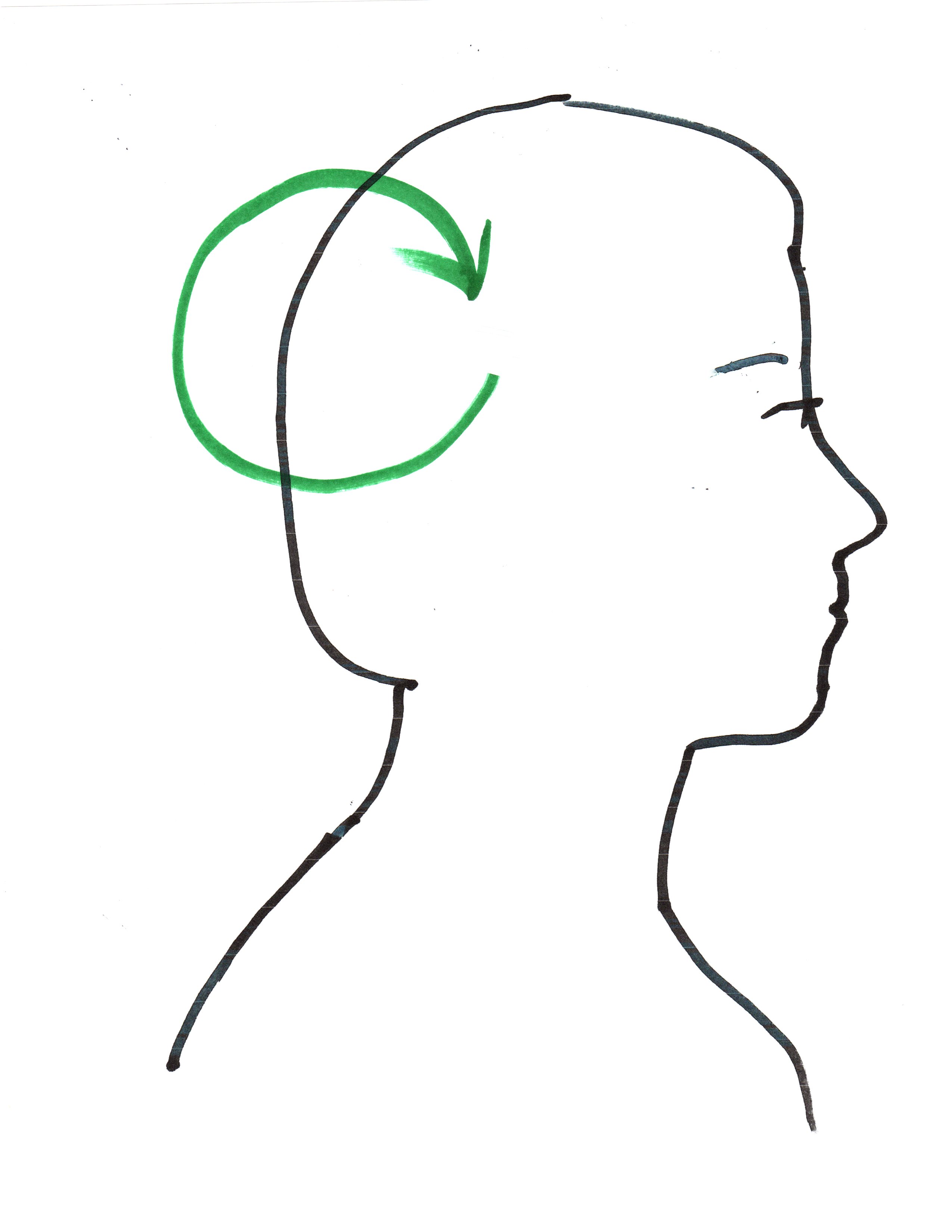 Drawing: “Ra-En Optimizes Brain Waves,” compiled by Alice B. Clagett, 13 March 2019, CC BY-SA 4.0, from “Awakening with Planet Earth,” https://awakeningwithplanetearth.com … DESCRIPTION: Outline of a head, with a clockwise circular green arrow circling through the back part of the brain.

DESCRIPTION: Outline of a head, with a clockwise circular green arrow circling through the back part of the brain.

… and the rest of my brain felt very vastly expanded — way past my skull.

Well, that is it for strange encounters….

Here is more on Kelvin-Helmholtz Instabilities …

Link: “Kelvin-Helmholtz Instabilities and Light Intel from Our Star Brethren,” by Alice B. Clagett, 24 November 2018 … https://wp.me/p2Rkym-aQr ..

… and on records of regular geomagnetic pulsations, from the Polarlightcenter … https://polarlightcenter.com/ … a magnetic observatory in the village of Laukvik on Austvagoy Island, one of the Lofoten Islands of Norway.