Blog written and published on 3 June 2019; video published on 14 February 2022; revised
Location: Santa Monica Mountains, California
This is an original, new theory I am presenting that geostorms may affect the optic nerve of human beings in such a way as to produce hallucinations and mystic visions. 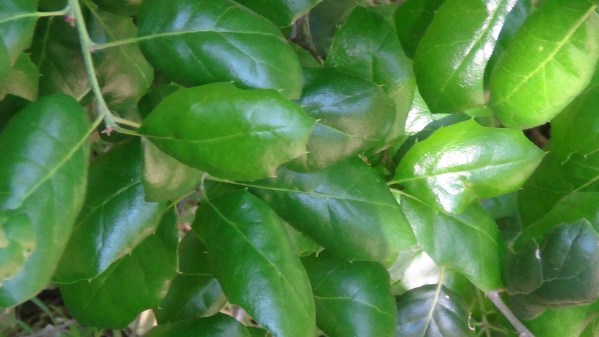 This blog is mainly excerpted from an earlier blog … Link: “Geomagnetic Crack and Weekend Noospheric Unrest,” by Alice B. Clagett, published on 18 March 2019 … https://wp.me/p2Rkym-bWa … so as to highlight the thoughts proposed in the second half of the earlier blog.

The original topic is: Do geostorms cause sensations of pain and visual hallucinations? To that I have added the topic: Are geostorms one cause of the mystical experience?

The video is elaborated upon by the below Summary.

I would like to pose the question: Does turmoil in Earth’s magnetosphere and ionosphere due to severe geostorms cause increased sensations of pain and visual hallucinations in human beings?

ELECTRICITY AND THE HUMAN NERVOUS SYSTEM

As you may know, the nervous systems of human beings have electric and magnetic properties. Nervous system messages are communicated via electricity within the body …

Link: “How the Body Uses Electricity: Electricity is everywhere, even in the human body. Our cells are specialized to conduct electrical currents. Electricity is required for the nervous system to send signals throughout the body and to the brain, making it possible for us to move, think and feel.,” by Amber Plante, in Graduate Student Association, at University of Maryland Graduate School … https://www.graduate.umaryland.edu/gsa/gazette/February-2016/How-the-human-body-uses-electricity/ ..

STATIC AND DYNAMIC MAGNETISM AND DAMPENING OR EXCITATION OF NERVE MESSAGES

From what I can tell, a static magnetic field may damp down nervous system signals …

Link: “The Effect of Magnetism on the Nervous System,” in “Magnetic Therapy Bracelets” … https://www.magnetic-therapy-bracelets.com/effect-of-magnetism-on-nervous-system.html ..

The National Center for Complementary and Integrative Health Care at the National Institutes of Health has, as yet, insufficient evidence for the widely held popular belief that magnets reduce osteoarthritic pain, but it has found that electromagnetic mats can do so, to some extent. It has also found them effective in the treatment of migraines …

The striate is a wedge-shaped area in the posterior of the occipital lobe of the brain, at the back of the head opposite the eyes …

Conversely, it seems to me possible that dynamic magnetic fields might result in visual hallucinations, due to interference with smooth pursuit eye movements …

MAGNETISM AND ELECTRICITY IN EARTH’S MAGNETOSPHERE AND IONOSPHERE

“The magnetosphere is the region above the ionosphere that is defined by the extent of the Earth’s magnetic field in space. It extends several tens of thousands of kilometers into space, protecting the Earth from the charged particles of the solar wind and cosmic rays that would otherwise strip away the upper atmosphere, including the ozone layer that protects the Earth from harmful ultraviolet radiation.

“Electric currents induced in the ionosphere generate magnetic fields (ionospheric dynamo regions). Such a field is always generated near where the atmosphere is closest to the Sun, causing daily alterations that can deflect surface magnetic fields by as much as one degree.” —from Link: “Earth’s Magnetic Field,” in Wikipedia … https://en.wikipedia.org/wiki/Earth%27s_magnetic_field ..

Then there is the question of the effect of geomagnetic storms upon Earth’s magnetosphere. According to Wikipedia …

“The varying conditions in the magnetosphere, known as space weather, are largely driven by solar activity. If the solar wind is weak, the magnetosphere expands; while if it is strong, it compresses the magnetosphere and more of it gets in. Periods of particularly intense activity, called geomagnetic storms, can occur when a coronal mass ejection erupts above the Sun and sends a shock wave through the Solar System. Such a wave can take just two days to reach the Earth. Geomagnetic storms can cause a lot of disruption; the ‘Halloween’ storm of 2003 damaged more than a third of NASA’s satellites. The largest documented storm occurred in 1859. It induced currents strong enough to short out telegraph lines, and aurorae were reported as far south as Hawaii.” —from Link: “Earth’s Magnetic Field,” in Wikipedia … https://en.wikipedia.org/wiki/Earth%27s_magnetic_field ..

WE ARE EARTH’S CHILDREN: OUR NERVOUS SYSTEMS DANCE TO HER TUNE

We humankind are Earth’s children. Our nervous systems dance to the tune of her magnetosphere and ionosphere. When the latter are dynamically in motion, then so are our own nervous systems, which depend upon the energies of magnetism and electricity.

Effect of Geostorms on Humankind

It is clear from this image of the 16 March 2019 equinox crack, that geostorms make the magnetosphere and the ionosphere more chaotically dynamic … less static …

Feelings of Physical Pain, and of Emotional Pain. Then, because the ionosphere and the magnetosphere will become less static … more dynamic … during geostorms, we can anticipate more feelings of physical pain … and possibly also emotional pain … during those Solar Events.

Nervous System Excitability, Excitement of Clair Perception (ESP), and Possible Visual Hallucinations During Geostorms. I feel we can anticipate more nervous system excitability (as evidenced by findings in the “Experimental Neurology” article referenced above). Consistent with this, if the pain dampening response to static electromagnetic mats alluded to by the NIH web page might infer a wider nervous system dampening response, then the non-static nature of geostorms might support temporary excitement of the nervous system, including, possibly, temporary excitement of clair perception (or ESP). In addition, striate cortex excitation under geostorm conditions might give rise to visual hallucinations, due to impairment of smooth pursuit eye movements.

ARE GEOSTORMS ONE CAUSE OF THE MYSTICAL EXPERIENCE?

It could be that the mystics, all down through the ages of Earth, have had their visions of the cosmos during times of Geostorm and dynamic magnetospheric activity here on Earth.

If that is true, you could say that they have hallucinations. But the question is: Why is it that the ‘hallucinations’ they have all have a common theme?

In addition, it is possible that the visions of End Times and hellworlds, and all the awful things that people sometimes see, in their visions, might take place in similar times of geomagnetic unrest, here on Earth.

And the question is: If these all have similar themes as well, what bearing do they have on our understanding of the astrogeophysical realm?

But in addition to that, I say, as a Lightworker and as a multidimensionalist, that there are many different dimensions that can be experienced by a human being; each dimension carrying the aspects of positive, neutral, and negative.

So if we have a Geostorm, and people suddenly become aware … through ESP, through clair perception … of more than they ever knew before, then depending on the flavor of the chakra through which they experience the dimension, they may sense the beauty of God’s creation … the heavenworlds; they may sense End Times, Apocalypse, and total destruction in the hellworlds; or something in between.

May I suggest this for further reading? …

4 thoughts on “Do Geostorms Cause Sensations of Pain and Visual Hallucinations in Human Beings? . by Alice B. Clagett *”