This video is about …

About Navajo Reservoir and Its Wildlife 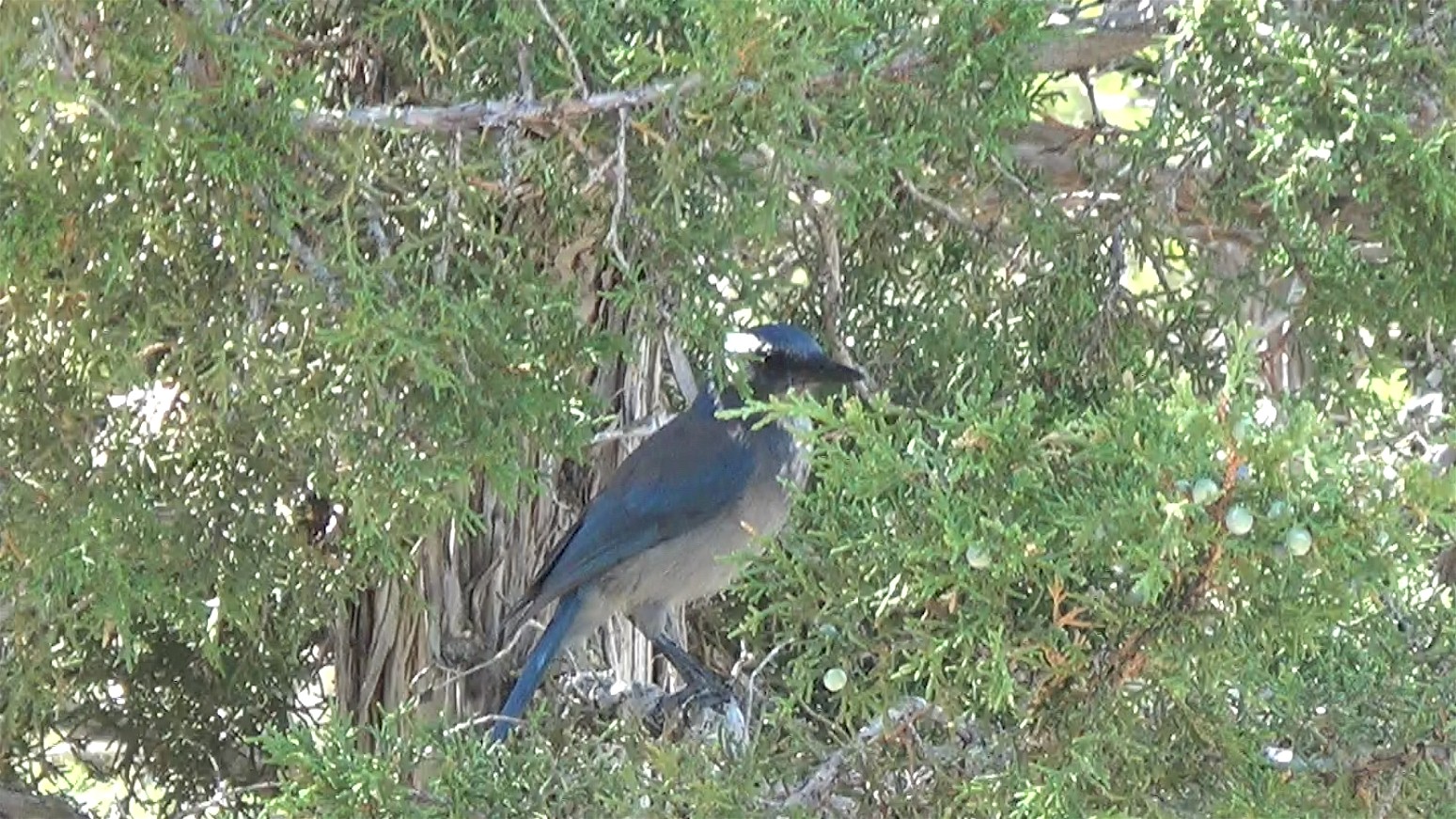 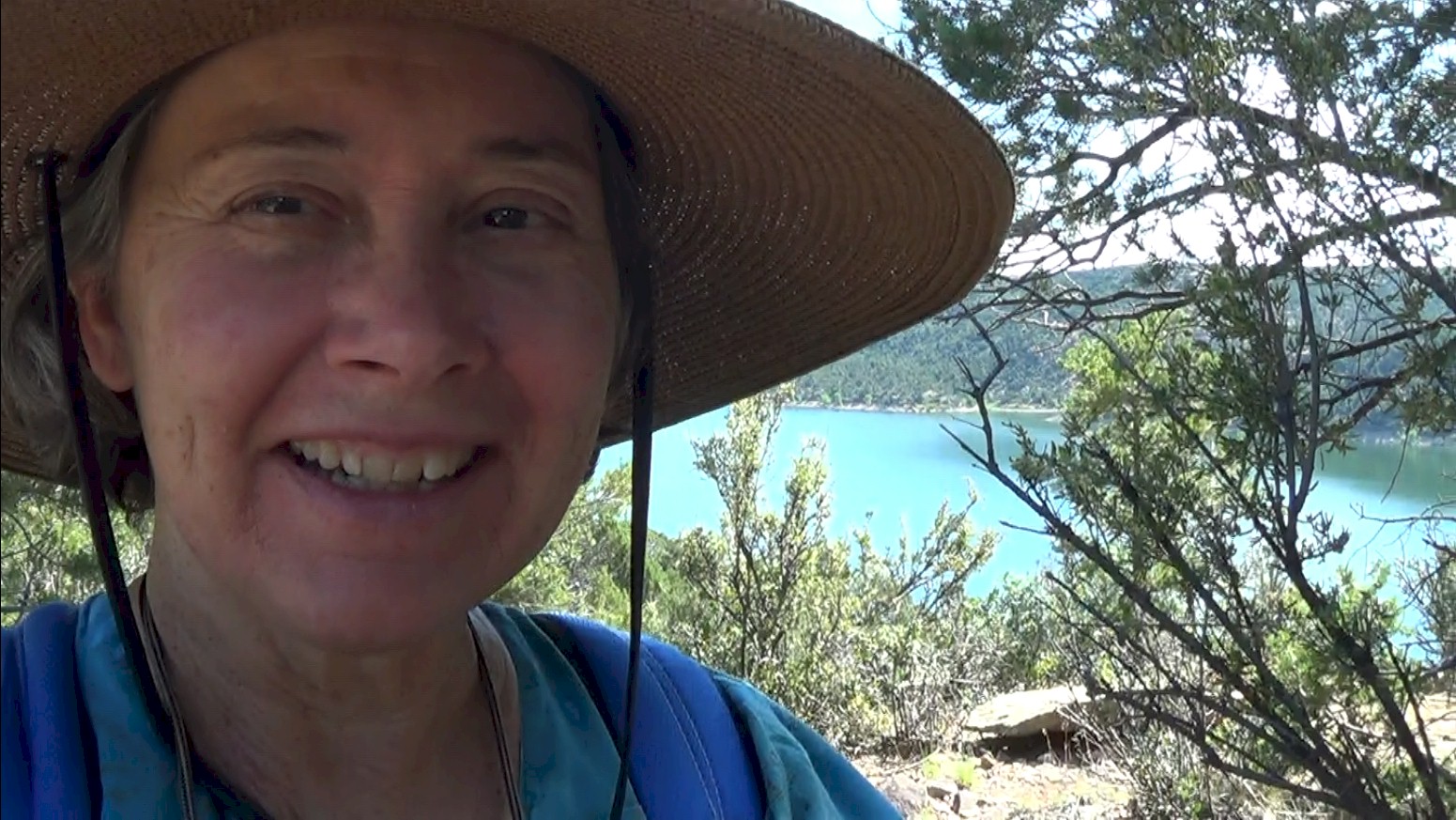 Actually, it is a reservoir. And beautiful blue skies today, see? Matching! … [pans up to blue sky] 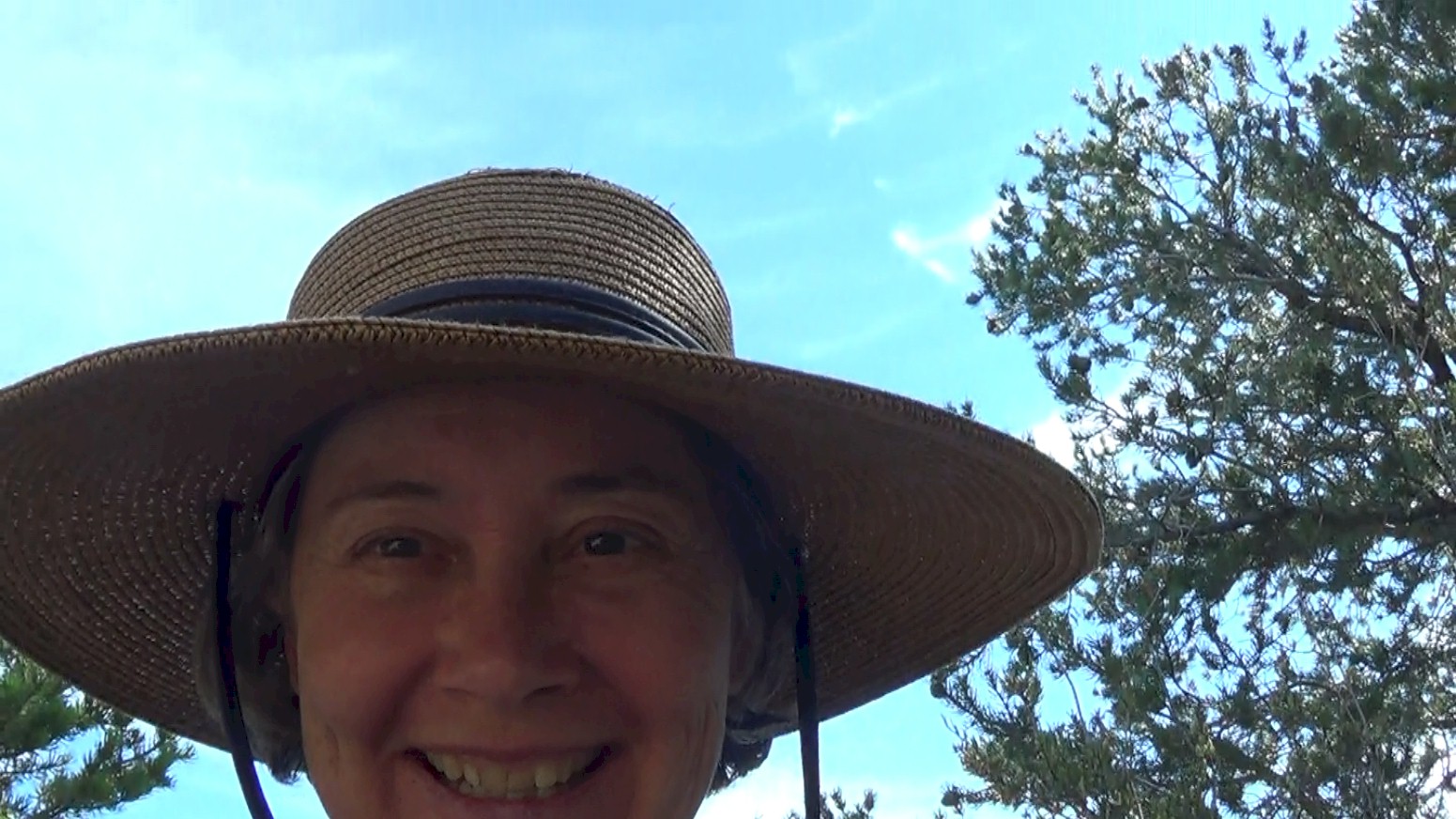 I have a couple of words about the different forms of tantric. These are just my own notions about it. There has been quite a bit written, and I have blogged it quite a few times in the past.

To me, the aim of the Ascension process is Sacred Sexuality. In the end, it is going to be combining masculine and feminine qualities, each of us within our own Souls.

[hears animal chirping in alarm; laughs] … I have a visitor! Who are you? Where are you? Don’t be scared! … I think it is a squirrel. Wait … hold on just a minute … 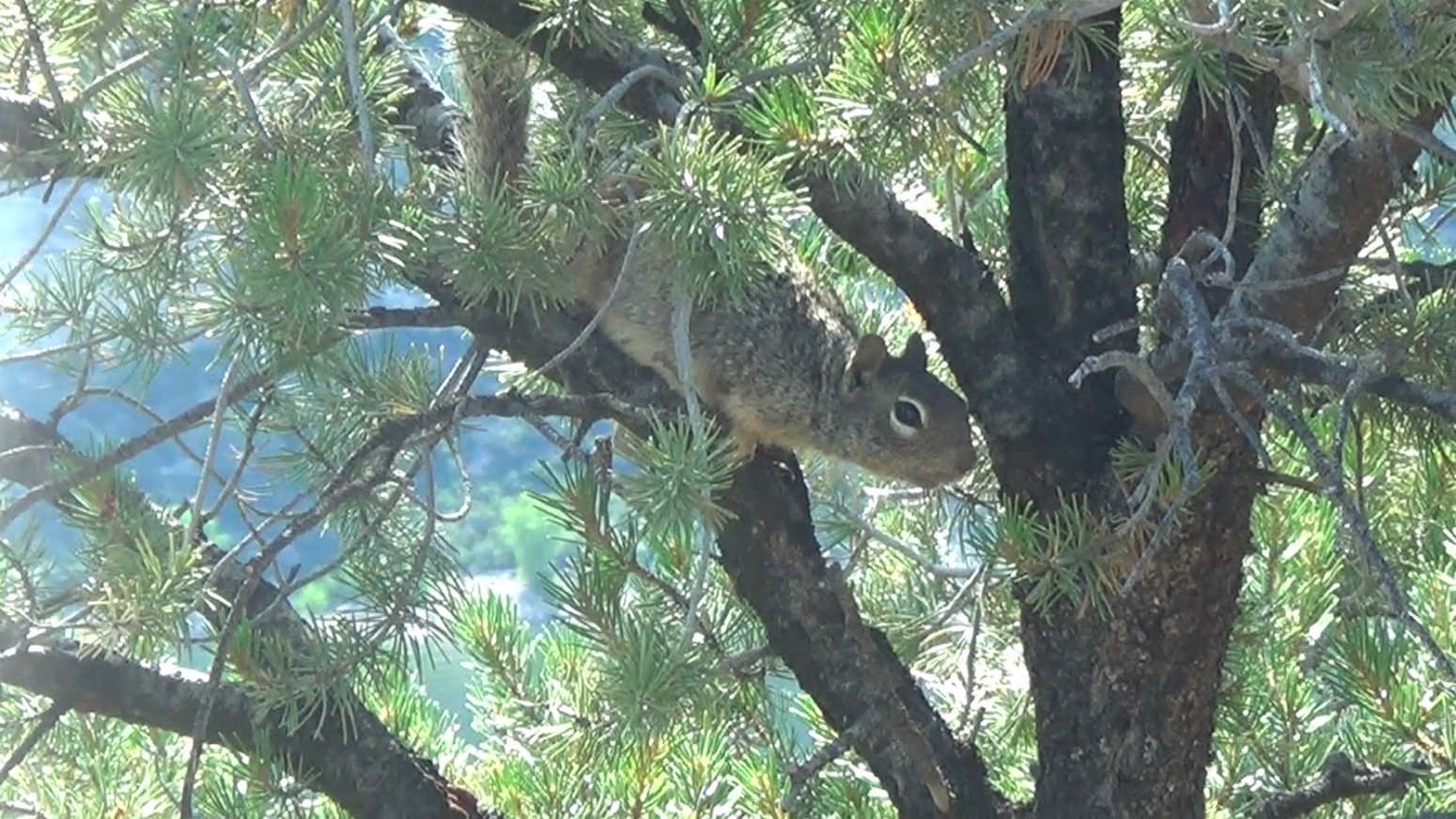 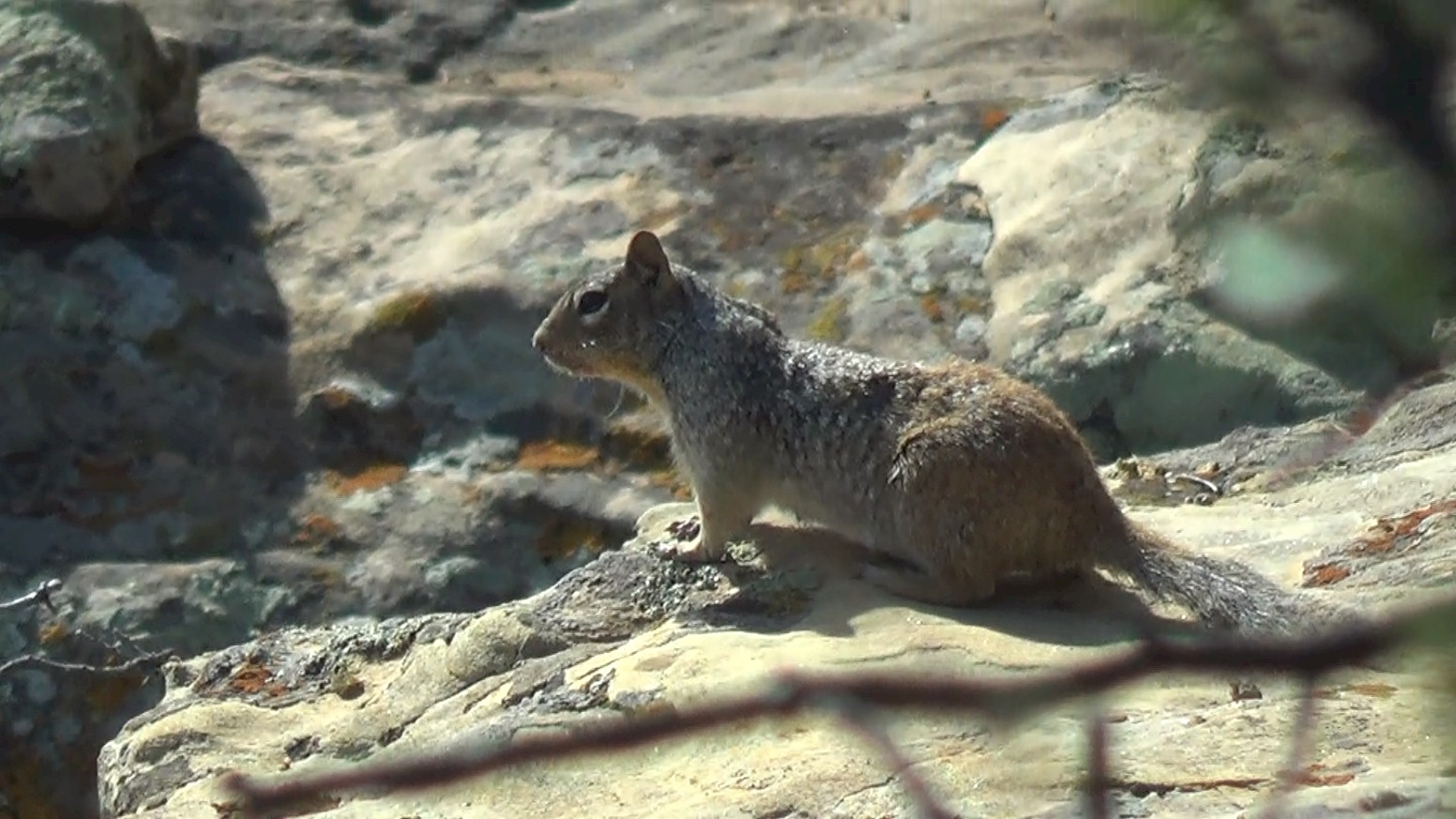 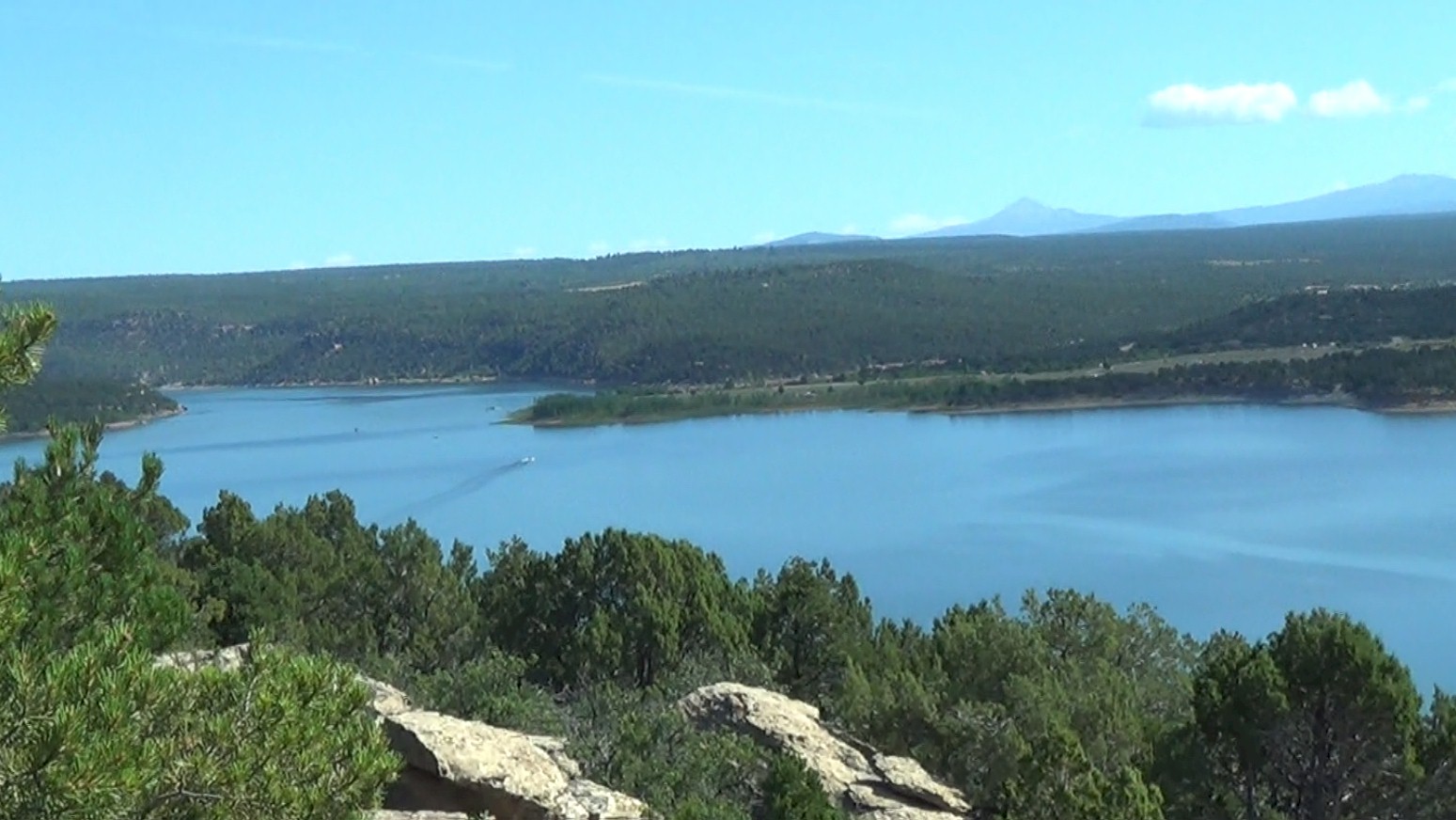 … but I think he is really upset that I am here. I will only be here for a minute.

Lisa Renee of “Energetic Synthesis” … https://energeticsynthesis.com/ … talks about Hieros Gamos, in which a man and woman perform the act of sex as if it were marriage between a god and goddess …

I think those are symbols of what we are about to become; of what we are, and are about to remember. In my mind, Christos is the male principle of Christ consciousness, and just in my mind, Sophia is the principle of Divine wisdom and Divine nurturing … something like that … something like Mary Magdalene; that energy. I am looking forward to that; in the process, I am sorting through various energies that persist in the world today.

Just to let you know, my background in tantra is kundalini yoga; the organization is called 3HO …

… and their form of tantric practice is called ‘White Tantra‘ … That is because it involved a man and a woman sitting opposite each other, and doing various chants to God, very often looking into each other’s eyes; and sometimes with special yoga poses … to clear the liver, for instance, for balance, or whatever. It can be a very physically demanding kind of tantra. It is not a sexual tantra, but it does make use of the polarity of energy between the feminine and the masculine.

In all the people I have seen who have done white Tantric Yoga at least once, what that does is it creates in them the understanding that what they are looking at, in the opposite sex, is God … God himself, or God herself, looking back at them. And so, in their married life, they become very reverent towards each other; very respectful.

And it also involves purification of their own Souls, so that, in the married life, which 3HO espouses, the Souls of each person can persist in raising each other into greater and greater God-consciousness. That is White Tantra. That is the form of Tantra with which I am really familiar.

I thought I would glancingly mention two other forms of tantra: One is Red Tantra, and that is done between men and women, in a sexual way. I know some people who do White Tantra also do Red Tantra as married couples. I have never done Red Tantra, and so I cannot speak too much to that. I have heard there are ‘red-robed’ monks and nuns that practice Red Tantra together.

In that instance … in the instance of non-married-couple relationships … I think Red Tantra has drawbacks. I think that it is difficult to control all the negative emotions that can be attached to sexual desire, in terms of jealousy and possessiveness and ratcheting up of the sexual drive, over and above what it should be, in relationship to the total chakric system.

I feel that it places undue emphasis on the desire elemental. (See my blog category: Desire elementals …) The holy people of India almost invariably say that Red Tantra in groups is just too risky of a practice to try out (although I feel that in married couples it is likely a good practice).

The desire elemental within us, that guards our lower energy and keeps us on Earth … that desire elemental is very attracted to this notion. I would say: Beware Group Red Tantra, and do not do that.

Then there is Black Tantra. One form of black Tantra is when we mind control someone else … a sleeping person, or a person who can be mind controlled in the waking state … when we mind control them into an act of sex. This act, which I also term astral rape or psychic rape, is an act that is attractive to spiritual adepts, either consciously, through the use of curses such as the “Jackass Love Curse” …

… or sometimes unconsciously, as love-deprived, sleeping celibate spiritual adepts’ travelling astral forms jump down upon other sleeping people in a love-stricken frenzy.

The thing about spiritual adepts is, they have a lot of psychic powers; I have gone into it in a number of blogs. And it is very tempting for them to use these powers as power over people in the world. Men, especially, have this predilection; this ‘power over’ thing to fight against; this patriarchal domination, double-oh-seven mental filter (kill the woman instead of loving her, as you have sex), you know?

The thing to do about mind control is to realize that it is not any person that is doing it, and to know that spiritual adepts are targeted to be flow-through channels for mind control by the Demon Realm.

So what you have is: Demon Realm, spiritual adept, and then some person that is being demonized through Black Tantra … some man or woman. The energy of the Demon Realm, in the aspect of mind control, flowing through the spiritual adept, is demonizing them. And the person that is the object, that is the receptor of this black magic energy … the man or woman … is being bound down to the Hell Realms by the experience that she is having.

Link: “Can People Who Practice Rectal Intercourse Attain Enlightenment?” by Alice B. Clagett, written and published on 20 June 2020 … https://wp.me/p2Rkym-iQn ..

How to Escape from Black Tantra

On Practicing Kundalini Yoga. I recommend practicing the 3HO … https://www.3ho.org/ … version of kundalini yoga, which I have found strengthens the central vertical power current and, through use of the ‘locks’ and of pranayam (breathing techniques), allows the upward-flowing kundalini energy to clear through energy blocks and clarify the energy of the aura.

That way the nightmares and hellworld scenes and the inclination to visualize and act out atrocities that are occasioned by the ‘reverse kundalini’ flow of Black Tantra can be set aright.

In cases where a person is being vampirized by visions or clairaudient phrases referring to rectal intercourse, and the experience is astral rather than physical, I feel that practice of kundalini yoga once daily is likely very quickly to have a markedly beneficial effect.

I suggest going very lightly and briefly with these exercises at first, after getting the ok from your medical doctor. Remember always to ‘sign in’ before an exercise set by asking God for His blessing. If an exercise feels in any way uncomfortable, then stop doing it, and move on to the next exercise. It may well be that the next time you do the exercise set you will find it much easier to do, and so on with each new day you practice it.

On Aligning the Will with That of God. In addition, the thing to do, if you are the spiritual adept, is to align your will with the will of God. And then you will find out all the important things for your spiritual growth. And the thing to do, at this moment, in the big cities, for the women who are targeted for this Black Tantra, is to tell all those demons that are bound to you, that they are free to go … because they do not want to be tied down to you.

On Attending Church. And then turn to a church; turn to a large organization full of devout people, that has that guardianship of the Angelic realm around it. Turn to a church, and do your best to bring in the angels to your own home, as guardians.

That is it: Not to worry too much. Everything is clearing out. As the dust clears, the relationship that is going to exist on New Earth between men and women will be a wonderful experience. Children will be greatly nurtured by seeing these role models, both male and female. And men and women will have very happy marriages at that point.

So, something wonderful to look forward to, and a few caveats to observe, in the meantime. You all take care! Find the blessed path. Find the high path. Find the love and the Light! God bless you.

Photos of the Sky at Navajo Reservoir 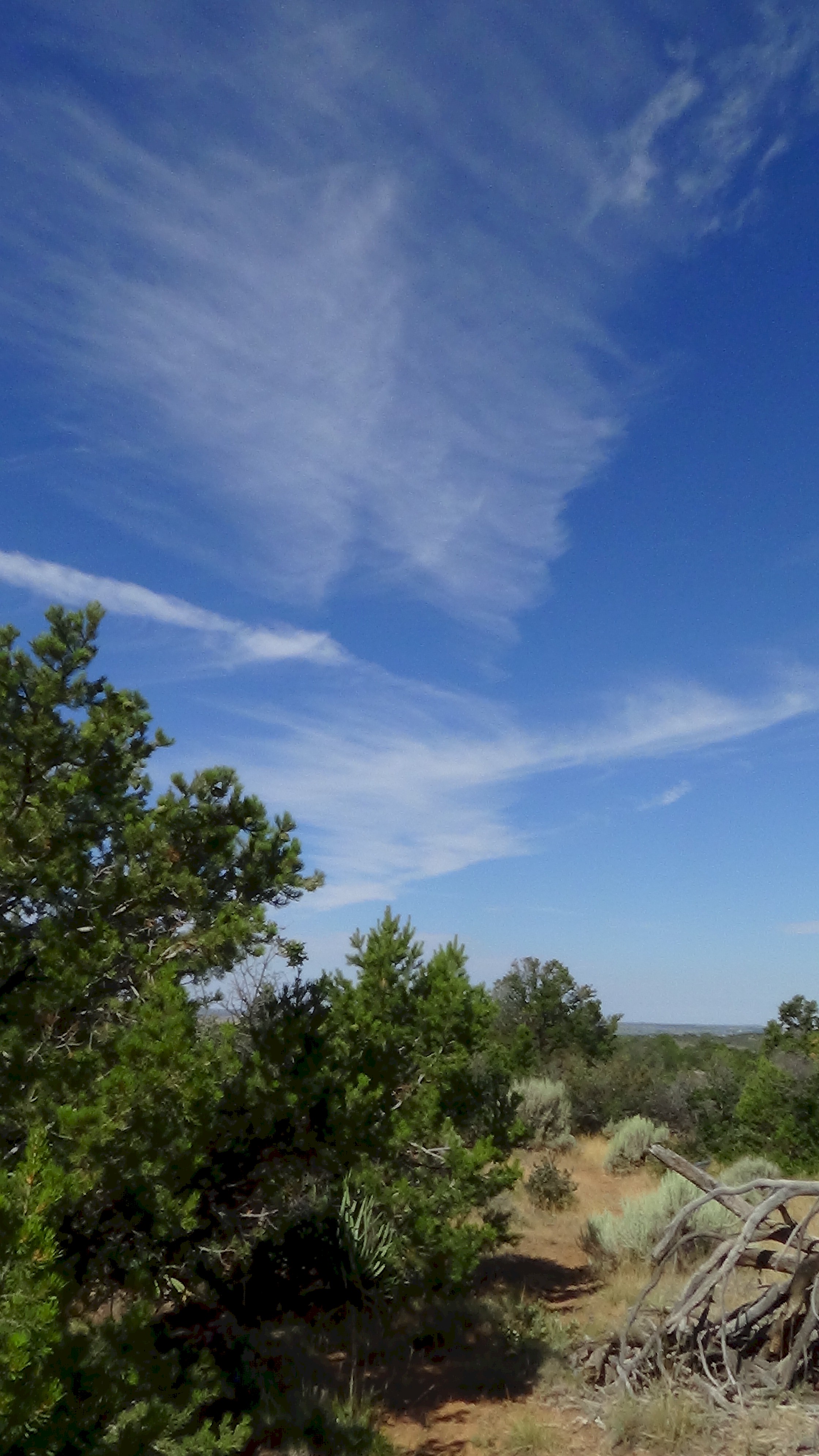 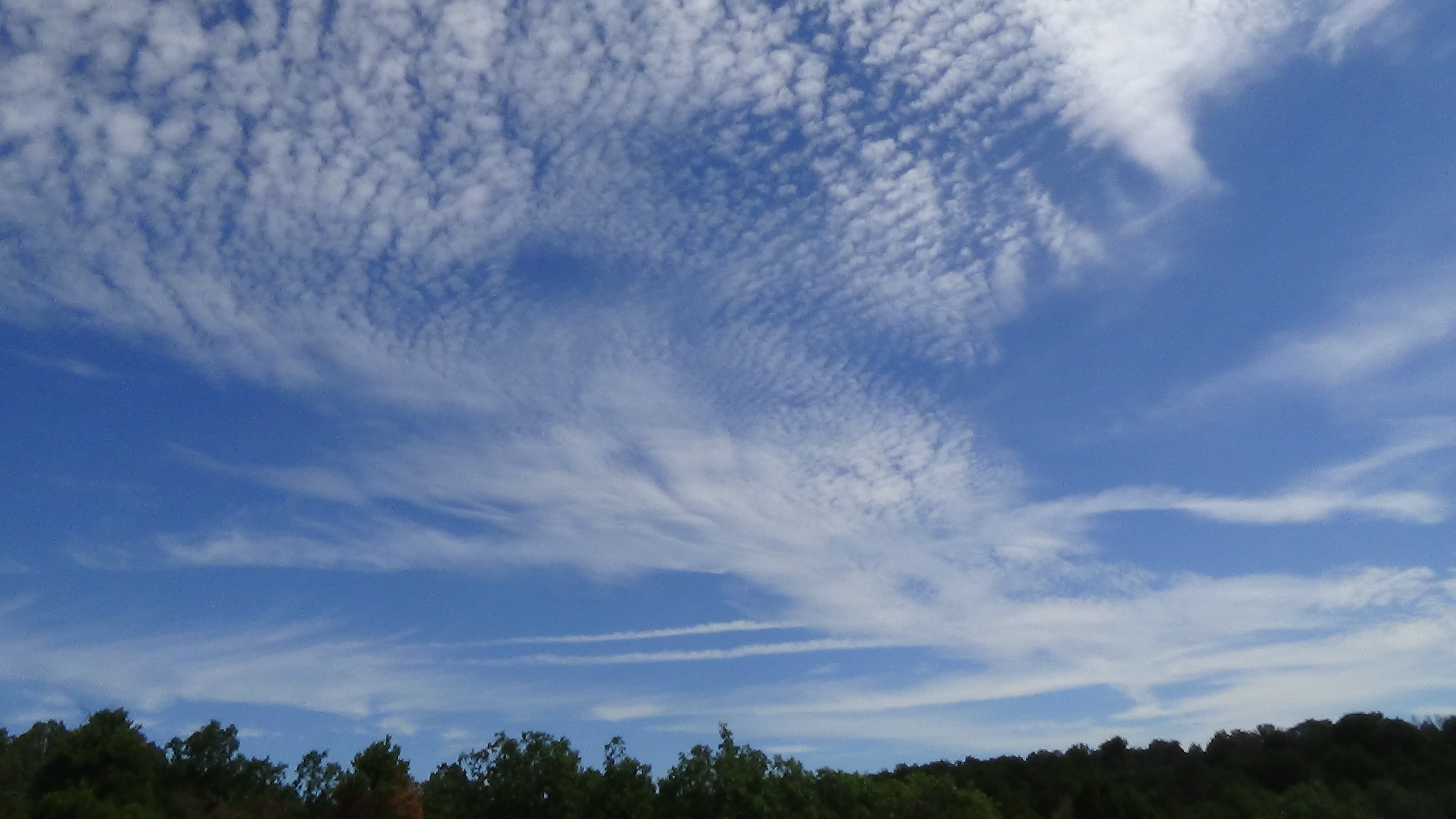 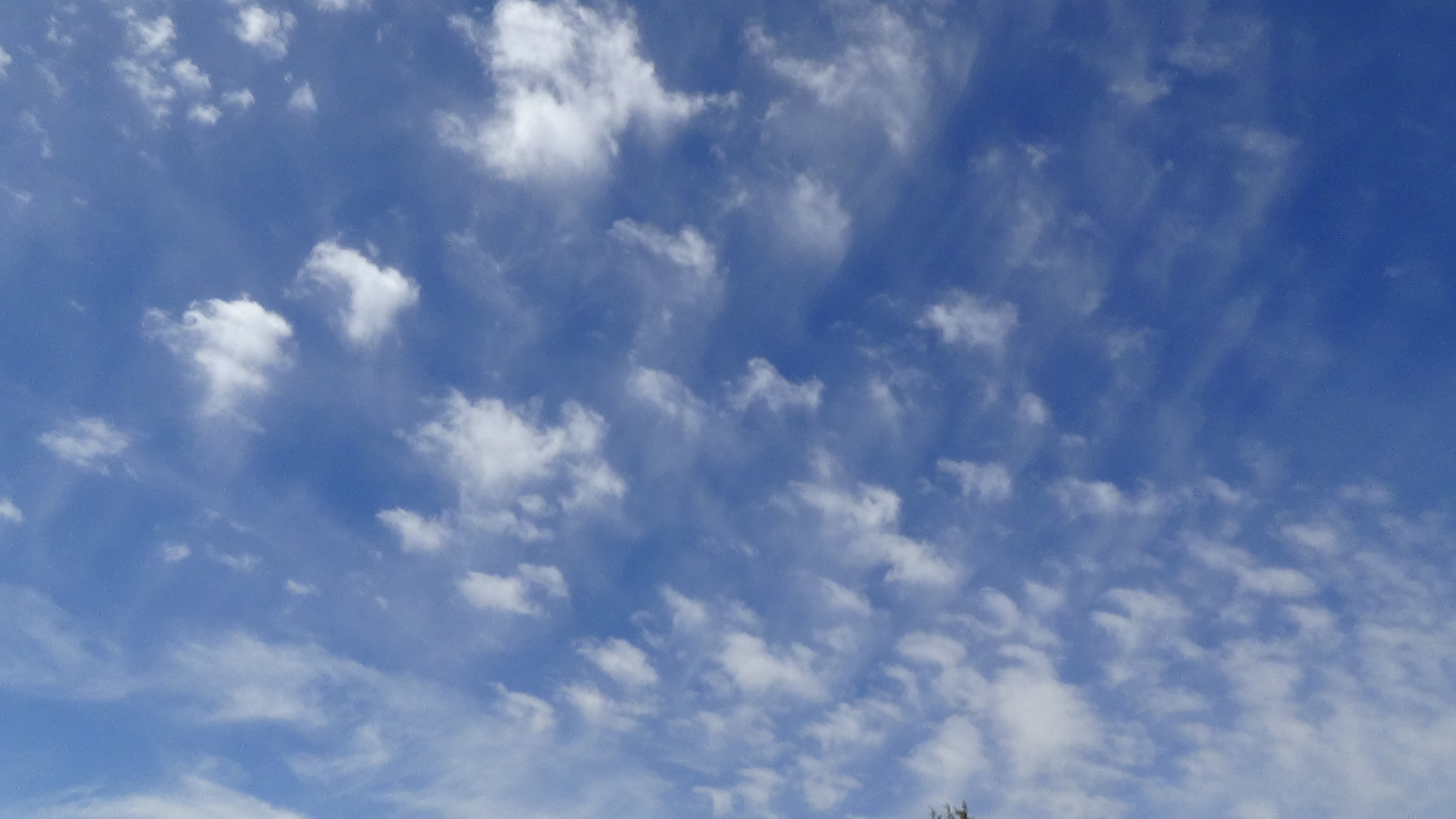 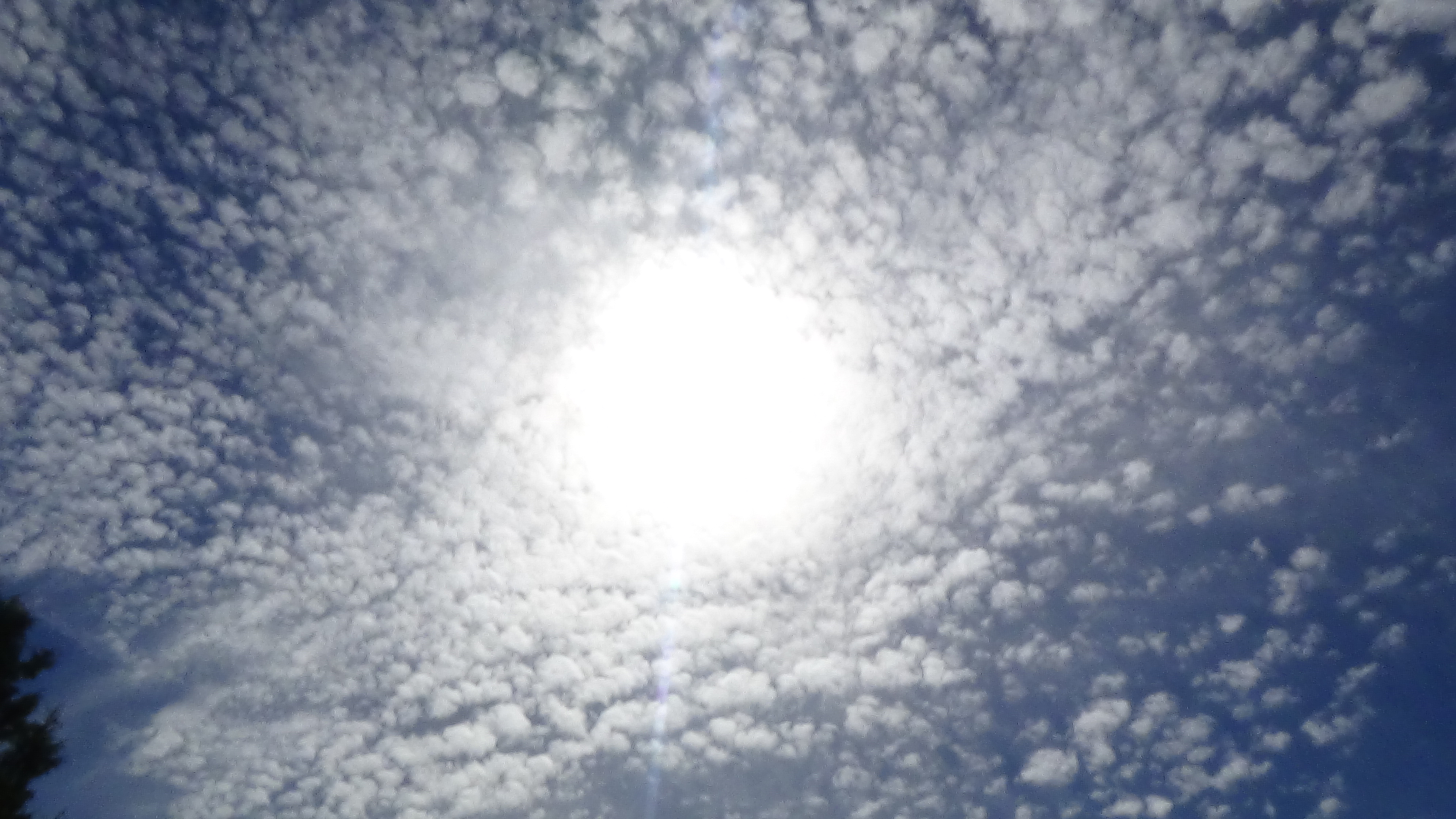 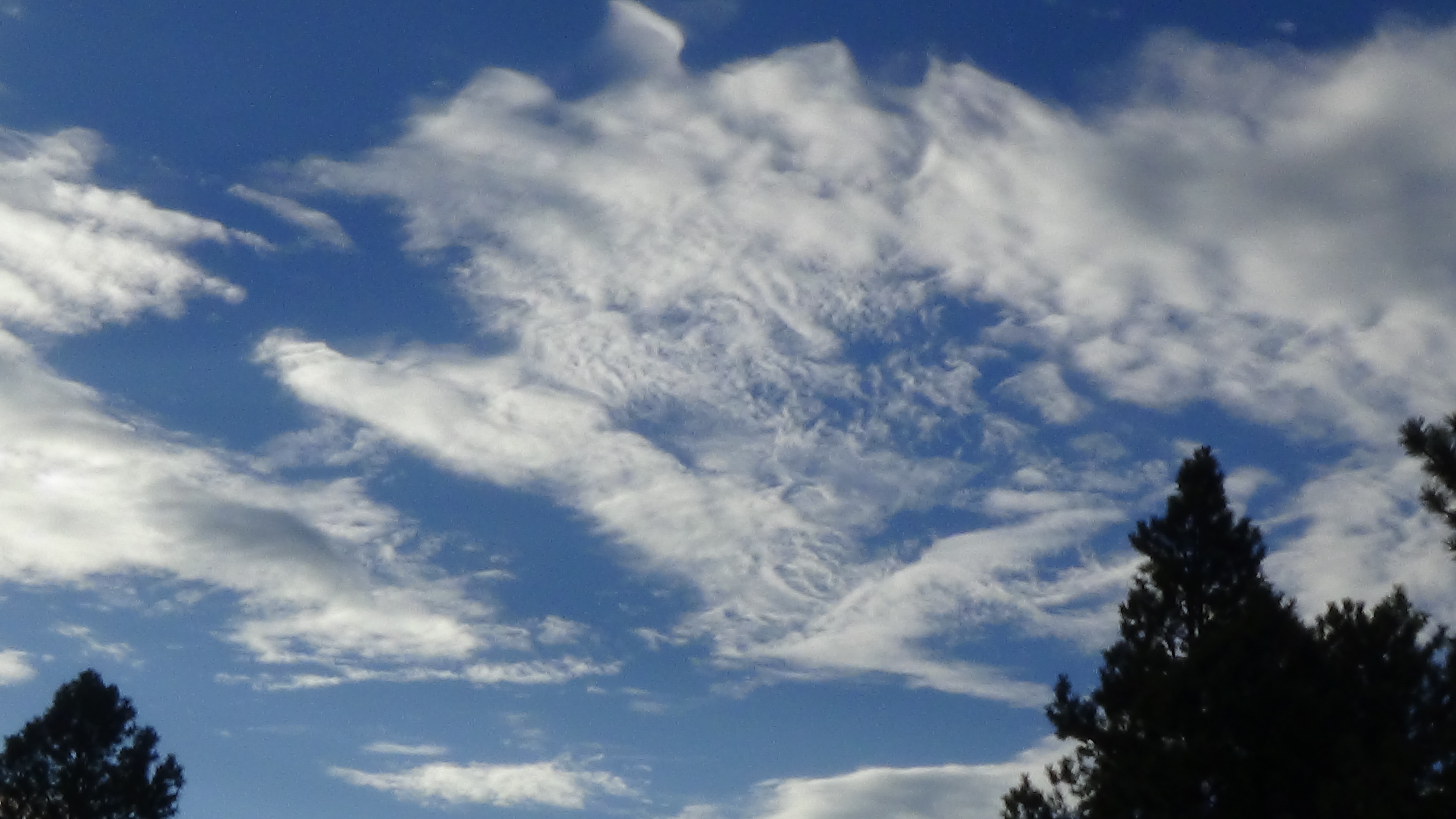