Written and published on 21 September 2018 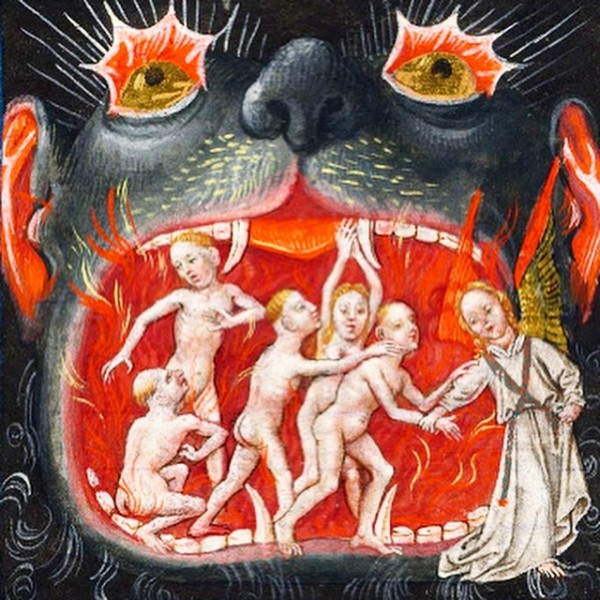 YESTERDAY AFTERNOON: BINDING DOWN OF THE DEMONIC LIEN-HOLDER OF JAKARTA

Quite a large demon, the lien-holder of the Jakarta City Dome, was bound down yesterday afternoon, through God’s grace. Those who chose to befriend it were likewise bound down. Only God can break those bonds; no other power shall loose them.

Image: Binding Down of a Demon … http://www.prayprayer.com/wp-content/uploads/2017/04/174305.jpg … DESCRIPTION: Top right, an angel dressed in white, with white wings and a sword, is descending from the sky towards a large golden demon with fangs, horns, and claws that is snarling at the angel. The demon is bottom left. Bottom right, there is a symbol with seven skull-type figures in a circle, with fire in the middle of the circle.

Though, through this spell, some people were bound down, along with the demons, this was less a spell of binding, than a spell of warding. People who befriend demons, do so in order to attack other people. Thus, binding them down prevents them from attacking other people, in the astral realm.

A spell such as this must be cast with a pure heart, a heart devoid of anger and other dark emotions. Otherwise, for sure, they will be the end of the person who attempts the spell. Who knows, maybe something along the lines of what happened to those wicked folks who opened up the Ark of the Covenant in the movie “Raiders of the Lost Ark” …

That scene was way over my horrible-moments endurance level. I have just this to say about it: Do not watch scary movies. And never address the issue of demons and binding spells unless God wants this to happen. To be on the safe side, I suggest aligning one’s mind and heart and will with the Great Mind, the Great Heart, and the Great Will of God, and then asking Him to do the binding, if (and only if) it is His will.

I took a look at an airline route map for flights between Los Angeles and Jakarta, over the Pacific Ocean …

Image: Airline route between Los Angeles and Jakarta, over the Pacific Ocean …  https://www.fly4free.com/wp-content/uploads/2017/02/map-67.png ..

I note that the route grazes Japan.

Then I saw the airline route map for flights between Los Angeles and Jakarta, over Eurasia …

I note that the route goes over the United Kingdom, glances past France, then goes through Germany.

I get from this that the now-bound-down lien-holder of Jakarta carried the karma of World War II. Now that the demon (some say, Fallen Angel) is bound down, we may hope for peace on Earth, and harmony amongst the countries of the world.

WELL-WISHER JOURNEYS TO THE HELLWORLDS AND BACK

Already here in Los Angeles … in fact … immediately upon God’s blessing of the binding … I felt a great weight of Darkness lifted from over my head, and I felt the freeing of those who had been acquaintances of those befriending the demon.

Last night and today, these acquaintances have been karooming up and down, visiting those bound down with the demon in the Darkness of the Hellworlds, and then back up, into the Light. From a clairaudient perspective, it is pretty weird for me to hear … Their clair voices descend to a very low register … I hear clair shrieks and groans and growls … and then they bounce back into the Light, and their clair voices return to the normal register.

It reminds me of some years prior, when I went on hunting expeditions, down into the depths of the Hellworlds, attempting to ‘save’ folks I knew. I have this to say about that: God is Great. God will take care of all that. It is up to us to take care of our own selves, to stand in God’s grace, and to follow the path of righteousness, insofar as we may, during this lifetime.

AFFIRMATION TO FREE THE SOULS OF THE DAMNED

For those who know their loved ones are in the Hellworlds, and who cannot loose themselves from this concern … though they know it binds their very Souls to that Dark Realm … I suggest saying this affirmation for those they love …

You are free! Go where you will!

The song “Hanuman Chalisa” is a favorite of mine, and so I have learned the story of Hanuman, the monkey god who, despite daunting odds, rescued a human queen from a demon, on behalf of the king he served. Thus the events of the last 24 hours reminded me of this painting of Rama and Hanuman fighting the demon Ravana … 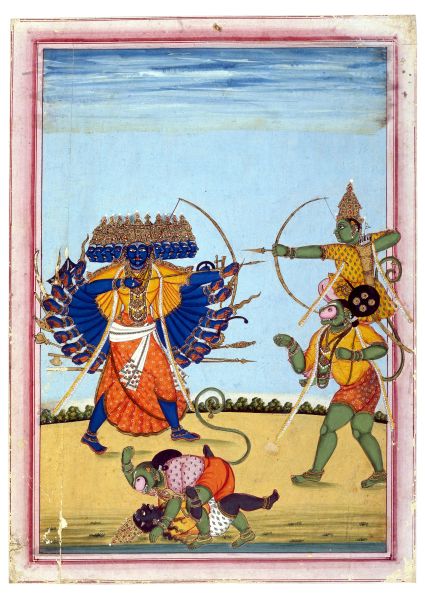 GLUSKAP, HERO OF THE ALGONQUIN, VANQUISHER OF SORCERERS AND OF THOSE WHO FOLLOWED DEMONS

Then, quite by accident, I came across an image of Gluskap, Hero of the Algonquin,  who defeated sorcerers, defeated those who followed demons, and granted many wishes to his people. His totem was the red-tailed hawk …

In the Spirit Realm, the events of the last night and day seem to me to echo the Algonquin stories about their folk hero Gluskap, just as the story of Hanuman did.

INCARNATIONAL MEMORIES BY ALICE: A VISION … LOOKING THROUGH THE EYES OF A RED-TAILED HAWK

The image of Native American hero Gluskap, and his friend the hawk, reminds me of a dream I once had of seeing through the eyes of a red-tailed hawk that was circling high up in the sky, and looking down with lightning sharp vision at a mouse scurrying along a chaparral track in a high mountain meadow below.

In my mind, I link the story of Gluskap and the vision through the hawk’s eyes with two remembered lifetimes as a Native American … one as a boy in the Cuyamaca Mountains, and one as a Hopi brave …

INCARNATIONAL MEMORIES BY ALICE: CUYAMACA OMEN
A poem by Alice B. Clagett
1 May 2017

Young then, but lithe,
I was
the Silent Runner

It was the black bear
took my life
Still wondering —
What will this brave boy
become?

Later I walked
Those mountain paths
Saw him fly by,
heading downstream

I stopped to nap
under our family’s oak tree,
Woke with a start!
What’s that behind me?

But it was
only a coyote child.

Yesterday
the air was full
of omens

What should I do?
I asked
my Cuyamaca dad

You are, he said,
My cherished one —
Go quick!
May these thy feet
touch not one leaf!

And so I fled
back to the quiet places —

Dad, dad!
Once more I am
the silent runner!

The two portions of this blog in blue font were excerpted to … Link: “Tiny Anthologies: Incarnational Memories,” by Alice B. Clagett, compiled from prior blogs on 10 February 2019; revised … https://wp.me/p2Rkym-bCE ..