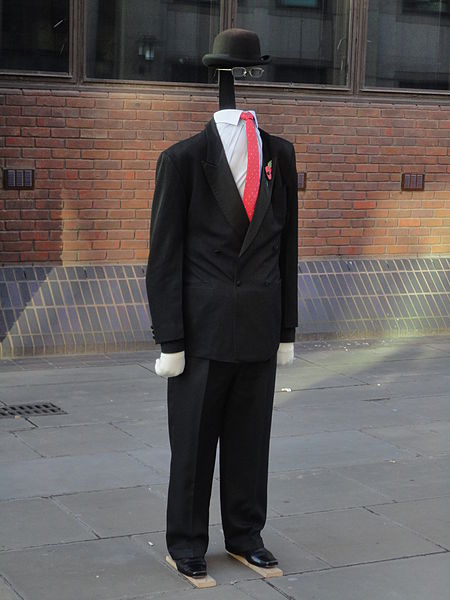 argumentum ad cavam hominem … I coined this term today. Hope I got the Latin right. It is a variation on the polemic term argumentum ad hominem, which means ‘argument to the man (or to the person)’.

The shorter term refers, as I understand it, to a slur hurled against a person during a debate with intent to defeat the person’s argument by winning the audience through appeal to their gut brains rather than their logical minds. From my reading, I think that may be what argumentum ad hominem means.

Then there is the word cavae, which means ‘hollow’. There is a polemic ruse called ‘hollow man’. As I understand it, that means something like a fictional person, one purported to exist but who exists only in the imagination … not a flesh-and-blood human being, but a ‘hollow man’.

So then taking off on the term argumentum ad hominem, my newly coined phrase (is it new?) argumentum ad cavam hominem would mean an argument against a fictional person that the debater proposes to be his partner in debate.

I am guessing the audience might be so caught up on the debater’s portrayal of a colorful ‘hollow man’ that it might entirely forget the debate topic, and then might allow the debater to win the argument on the basis of his entertainment value.

I am not in favor of this idea, as it pits the audience’s gut brains against their intellects in hopes that the former will proffer the prize to the most entertaining debater. Seems best to stick to the debate points. Do you not feel that to be the better course of action?

Alice B. Clagett
In love, Light and joy,
I Am of the Stars

This blog has been added here … Link: “Glossary of Unusual Words and Phrases,” by Alice B. Clagett, written and published on 12 December 2019; updated … https://wp.me/p2Rkym-fzl ..

Written and published on 29 December 2022