In the last few years I have found that whenever I go for a swim in my backyard here in the San Fernando Valley, although no one but I am there in the backyard, the eyes of about 10 men and boys are electronically trained on my swimming form.

With my astral hearing, I hear them offering prurient quips, each to the other. I am the butt of ‘Archie Bunker’ type jokes offered by men whose minds are no larger than the neurons in their genital organs. It seems they are without Higher Minds at all.

How can a woman who holds to the good and true wish such subhuman beings well? In my mind’s eye I see these men just as in the drawings below … less than human; hopelessly enmired in karma.

I wonder how it can be that my neighbors would countenance such a thing? Are there no honorable men and women on our street, who are willing to stand against such low-minded behavior and let these men and boys know how poorly they are behaving?

Surely it is better to talk amongst yourselves and resolve this issue than to go the expense and personal disgrace of a lawsuit. Please end the sexual abuse and verbal abuse of women here in the San Fernando Valley. It is ignoble and unworthy of the true and good man, the man who is worthy of esteem in the eyes of his neighbors. 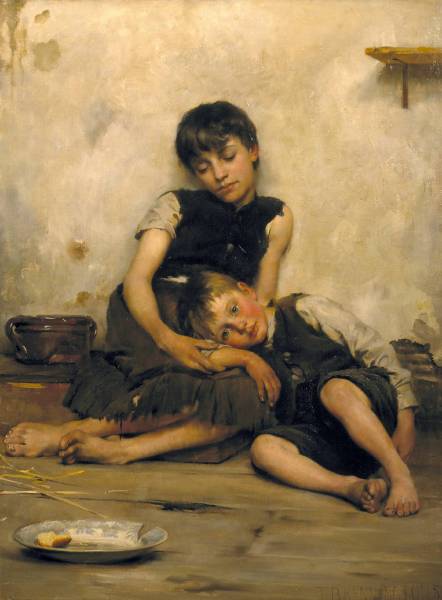 Here is a video on my blog category ‘Catastrophic Childhood Case Studies’. There is a Summary after the video, and there are soundtracks at the beginning of each section. I used medium blue font for the storyline.

END_OF_DOCUMENT_TOKEN_TO_BE_REPLACED 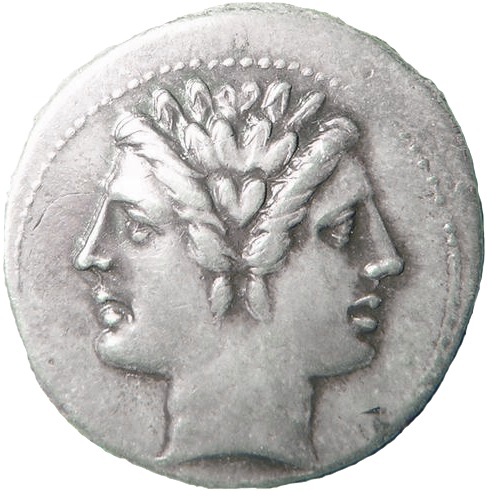 Image: “Coin: Janus, the Two-Faced God,” in Wikimedia Commons … https://commons.wikimedia.org/wiki/File:Janus_coin.png … public domain … COMMENT: In Roman myth, Janus was the god of gates, doorways, duality, and of time; the god of beginnings and endings. I see him as two-faced, looking back to the past and forward to the future at the same time. In subconscious derivative, I see double-dealing or duplicity; a long-standing mode of lying for profit or to maintain social status; and two personalities, perhaps a multiple personality or a double life, one socially very acceptable, and one ‘in the rough’, perhaps plagued by unacceptable sexual samskaras, or by desire to injure other human beings for personal profit. The traditional Roman myth leads one to the concept of a Lightworker, a Gatekeeper, or a Pathfinder crippled by the assumption of malware or samskaras through descent from the higher dimensions into human form.

COMMENT: In Roman myth, Janus was the god of gates, doorways, duality, and of time; the god of beginnings and endings. I see him as two-faced, looking back to the past and forward to the future at the same time. In subconscious derivative, I see double-dealing or duplicity; a long-standing mode of lying for profit or to maintain social status; and two personalities, perhaps a multiple personality or a double life, one socially very acceptable, and one ‘in the rough’, perhaps plagued by unacceptable sexual samskaras, or by desire to injure other human beings for personal profit. The traditional Roman myth leads one to the concept of a Lightworker, a Gatekeeper, or a Pathfinder crippled by the assumption of malware or samskaras through descent from the higher dimensions into human form.

Below are links to one series in a number of astral stories I encountered that involved the catastrophic childhood case studies … in this case, that of ‘Wifer-Hacker’, a man who, according to the astral stories, was a member of the Heart Vampire’s ‘killing cult’.

The first part of the nickname, ‘Wifer’, has to do with the man’s lifelong habit of pedophilia, which is a paraphilia to do with child molestation. According to the astral stories, this man would marry a woman, get her pregnant, then divorce her, so as to get visiting rights with her child. In this way, according to the astral airs, he hoped to cut down on the danger of incarceration for his pedophilic lifestyle.

The second part of the nickname had to do, according to the astral airs, with an income stream from hacking people’s computers in the local library and possibly the guest rooms of the local hotels so as to gain a livelihood from cybercrime.

END_OF_DOCUMENT_TOKEN_TO_BE_REPLACED 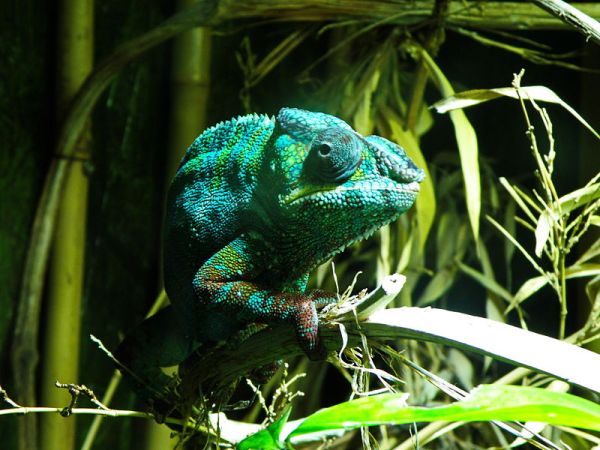 I have been stalked, off and on, for 22 years by ‘Chameleon’, a stranger whose guises beggar those of archcriminal Moriarty in the tales of Sherlock Holmes.

Because this ‘Chameleon’ is good at mind control, and also very good at convincing other people, on the psychic plane, that I am speaking of them rather than him, I feel it best to state, at the outset, that, were he to be barefoot, I estimate that he would stand at less than 5’8″ tall, and that he is not a friend or family member or business acquaintance of mine.

He is nearly a complete stranger to me. The extent of my knowing him is that he shook hands with me and introduced himself to me about 22 years ago.

ALICE’S PERILOUS TALES: I FEEL I HAVE BEEN STALKED, OFF AND ON, FOR 22 YEARS BY A TRIPLE MULTIPLE PERSONALITY

Here we are on Sunday, 1 November 2020, which is All Saints Day. It is the morning after Halloween, and the juxtaposition of opposites is, as always this time of year, exceedingly clear. It is normal on All Saints Day for some long-standing Darkness to come to the Light. Today is no exception, and a welcome thought for a more peaceful community environment here in West Hills, California.

This morning I had another nightmare about the Triple Multiple Personality whose three personalities Jim, Estelle, and the Panther are described in this earlier blog …

… and here, where I just barely escaped death at the hands of his Panther persona …

Today I found a painting reminiscent of the Estelle Persona at the Sovereign Magistral Temple of the Order of Solomon website … priorly the Knights Templar Order website … https://www.knightstemplarorder.org/contact/ … Intuition tells me this site is unrelated to a Christian Church, despite the fact that the name of the site priorly implied that might be so. Here is the painting … 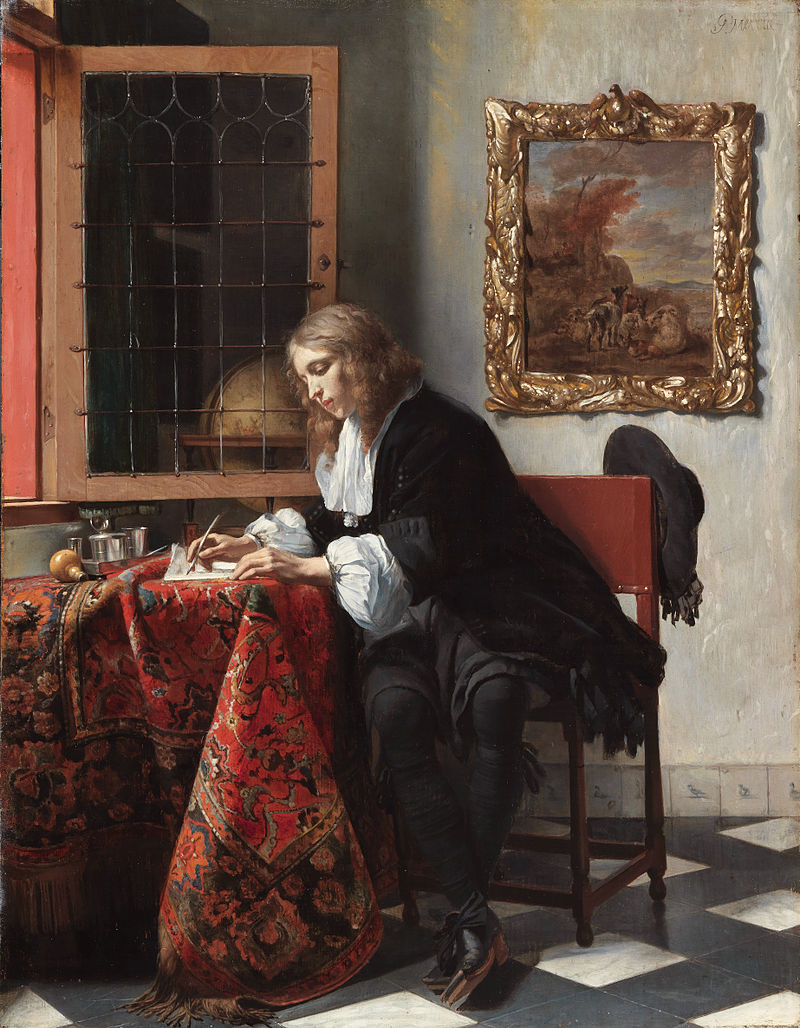 I left Santa Monica in 2009 to escape him; but I feel he may have followed me to West Hills, California, and settled nearby in the guise of the Estelle persona. I sense that this person may have physically stalked me because of the way I recoil in horror at his activities; thus it seems likely to me that he enjoys tormenting the innocent.

I feel the Triple Multiple Personality involved may be highly psychic, schooled in the art of mind control through hypnosis and mental suggestion, and as well, mercurially mentally unstable. He may be able to obsess or possess other people, even at a great physical distance from them, through use of the black arts.

For those with second sight and the gift of clairaudience, such as myself, his influence on the telepathic plane here in Los Angeles is a standout in terms of disrupting the peacefulness of our community, especially on the weekends. In Lightworker terms, he may be one of those we call ‘Controllers’. In psychological terms, he may be an antisocial personality. I have described men like him as ‘Circle of One’ in prior blogs, meaning their point of reference or world view has to do only with what pleases themselves, without reference to their community or to the greater good.

He may be teaching at meditation classes and priorly living in homes of meditators, murdering the owners of the homes perhaps by poison, and assuming ownership of the real estate.

He may be frequenting local churches, and through sexual allurement (either as Jim or Estelle) targeting the pastors, spreading HIV – AIDS, and promoting sale of cocaine. He may be an expert at mind control, and fooling folks about his darker side … the Panther … by pretending to be the Jim persona (priorly) and the Estelle persona (currently).

He may be involved in transmission of AIDS to local medical doctors, through obsession of other men whom he psychically influences to ‘act out’  through seduction and/or rape in parking lots and restrooms of hospitals.

All this is highly speculative, and, I very much hope, not true. It would be awful if such a person were preying upon West Hills children, churches, meditation centers, and hospital staff. Nightmares have a way of accentuating the negative way beyond what manifests on the physical plane.

In the long run, it seems to me likely that if even a little of the above is true, it will in due time come to the attention of law enforcement and Neighborhood Watch in the locale.

In love, light and joy
Alice B. Clagett
I Am of the Stars

This is a Compendium about the man described in this blog … Link: “Compendium: Catastrophic Childhood Case Study: ‘Castratrux – Basal Vampire’,” by Alice B. Clagett, written and published on 14 March 2021; revised … https://wp.me/p2Rkym-m4H ..

Mentioned above is this blog that had to do with a physical encounter I had with the Panther persona of the Triple Multiple Personality: Link: “Alice’s Perilous Tales: The Man with the Trembling Pinkie,” by Alice B. Clagett, published on 23 May 2019; updated … https://wp.me/p2Rkym-cRe ..

In this blog is another set of photos regarding the Jim, Panther, and Estelle personas of the Triple Multiple Personality: Link: “Dream about a Multiple Personality,” by Alice B. Clagett, filmed on 24 May 2018; published on 29 May 2018 … https://wp.me/p2Rkym-9cW ..

Here is an animated gif I made about the Jim persona of the Triple Multiple Personality … Link: “Drug Lord Demon,” animated gif by Alice B. Clagett, drawn on 19 November 2019; published on 1 December 2019 … https://wp.me/p2Rkym-fhf ..

This is a poem I wrote about the man, whom I may have first encountered on the physical plane about 20 years ago as the Jim persona of the Triple Multiple Personality. That was the time when I suddenly became psychic, which to me was quite an unwelcome experience … Link: “Ode to the Risen Christ,” channeled by Alice B. Clagett, written and published on 26 December 2019 … https://wp.me/p2Rkym-fKP ..

The drawing “Devil” in this blog was of the Panther persona of the Multiple Personality. The blog has to do with a former friend of the Jim persona … Link: “Catastrophic Childhood Case Studies: Witchy Woman Hater,” published on 12 August 2020 … https://wp.me/p2Rkym-jt6 ..

This ‘lizard man’ drawing applies to the way of thinking … the thought patterns or mental filters, and the emotional patterns of thought … of the Triple Multiple Personality described above. One might say that he is a ‘Reptoid’, which is to say, that he is ‘overlit’ by the Reptilian Star Races … Link: “Reptilian Star Beings: Lizard Man,” a drawing by Alice B, Clagett, drawn on 29 September 2020 ; published as a separate blog on 1 November 2020 … https://wp.me/p2Rkym-kpO ..