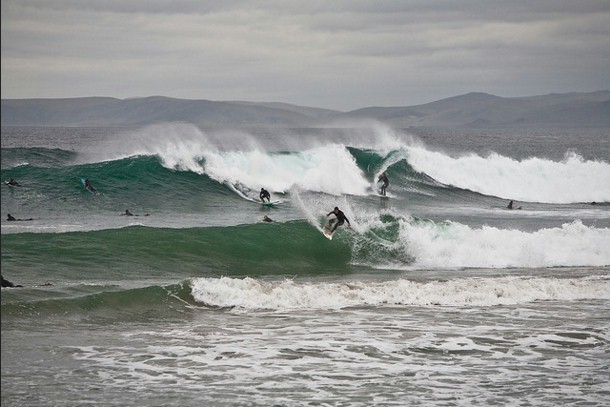 ON BLAMING OTHER PEOPLE FOR OUR ASCENSION EXPERIENCES

The other day I found out something interesting about timelines. I was clair chatting with some folks who were upset about the notion of Ascension. This is more the rule than the exception with humanity … our minds meet the notion of change with fear or anger … we ‘put on the brakes’ … and in a worst case scenario we act out our reluctance by trying to stop the Ascension process.

In a cause and effect sort of way (this way of viewing reality being a product of the mental mind, and the mental mind being the cause of our reluctance to accept change), we figure somebody else … some human being … must be doing this Ascension thing to us. We will stop them. That will do the trick!

ON CLEARING OUR OWN MENTAL TANGLES

Gosh, what an illusion this is. Source itself has brought about Ascension. Earth has ascended. We humans, because of that wily fox the Mental Mind, are just having a hard time realizing that we are … already … ascended. So the process is one of clearing through the mental tangles, and concentrating on the heart space. Once there, we can optimize our timelines … for this, see the Category ‘Hathors’ on my blog, or Search the word ‘timeline’.

ON TAKING RESPONSIBILITY FOR OPTIMIZING OUR TIMELINES

As a refresher, the typical way to optimize timelines is to say:

Each of us has many timelines, weaving in and out through our reality. When we optimize, we choose the shortest route to the clearing of our mental tangles. But what about our other timelines? These are still in existence, in what may otherly be conceived as our Alternate Worlds. We can choose to place our Awareness on them at any time, and see what is cooking there.

ON DIPPING INTO OTHER PEOPLE’S LESS OPTIMAL TIMELINES

Those that we know, who are ‘putting on the brakes’ regarding Ascension, can be located in these alternate timelines. Further, we can hear them in the clair chatter, as if they were in our timeline, though they are not. We can choose to dip into their timeline, and see what is up there. Whenever necessary (or even advisable), we can then optimize and disconnect from the Awareness aspect of their hologram program.

ON RESOLUTION OF A TIMELINE KNOT BY OTHERS, ALLOWING THEM TO REJOIN A MORE OPTIMAL TIMELINE

The other day I experienced something interesting regarding timelines. There was a timeline ‘knot’ … some folks I was clair chatting with chose not to optimize, and I chose to optimize. I could hear their timeline, involving much dense experience and intense Soul learning … and apparently appearing to them to sidle along in the usual manner of Earthly consciousness, day after day … speed alongside me at warp speed.

All in a trice, their Awareness timeline reconnected with mine. The ‘just say No! to Ascension’ slogan, over on their side of the clair chat room, was much diminished. And there we were, once more in the same Awareness timeline. Huh!

THE POLITICS OF ASCENSION: ON BEING INVESTED IN A PARTICULAR INSTANCE OF TIME AND SPACE

The issue of what you might call the ‘Politics of Ascension’ has to do with being stuck in time and space. We feel we have to fix someone else in order either to ascend or to prevent Earth from ascending. But all we really have to do, in order to fix a timeline, is to jump to another timeline …

In other words, the problem is not the temporal issue we perceive, such as, for instance, ISIS, or oil slicks on the oceans, or corporate interests, or the drug industry, or the media, and so on. No, the problem has to do with the way we conceive of time and space. Shall we not expand into Awareness of multitemporality? Herein lies the solution to all the perceived ills of the world.

THE IRREVERSIBILITY OF THE EARTH ASCENSION PROCESS: IMPEDING ASCENSIONEERS WILL NOT AFFECT THE OUTCOME

And in conclusion, a word for those who are doing their level best to impede Ascension. Honestly speaking, it is not we who love ascension who are your problem. There is no point in turning to us to stop the process. The process was initiated by Source, by the Central Sun, through the physical, astral, and many other levels of light emitted there, through the fluctuations of that energy transmitted to our Sun … and to the Suns of all the galaxies … in this time of Awakening. From our Sun, the Incoming Light is transmitted to Earth, and to all the other planets of our Solar System. And from Earth, to all her beings.

There is nothing at all to be done about this, and it cannot be changed. However, impedance from the human mind can influence the joyful smoothness of the process, and make the journey a little more action packed.

Yesterday I did a blog on Revelations Chapter 8, which I hope to put online shortly. I’ve been puzzling through that chapter for a while now, and have come to the notion that it may be describing events such as earthquakes, lava flow pouring into the sea, an incoming comet burning through Earth’s atmosphere, and eclipses of the sun and moon … these being, purportedly, signs of the Ascension process … what Christians call the Second Coming. Which is to say, the influx of Christ Consciousness to Earth that occurred in 2012, and continues to build and enlighten all Earth beings even now.

These sorts of astrogeophysical signs might appear to transpire in the Awareness timelines of folks whose mental minds just can’t accept the possibility of change. These are also some of the events that the Ascension folks help us avoid through their work with meditation, visualization, walking in nature, ceremony with crystals, work with portals, vortices, gateways, and the light grid, and so on.

There are many such people who work for the upliftment of Earth and all her people. For instance, last time I looked, 60,000 people had joined the Global Coherence Initiative …  https://www.heartmath.org/gci/ … And that is just one example of Earth Care in the world today.

And their efforts have been amazingly successful in stabilizing the Earth hologram, despite the many fluctuation caused by the human noospheric energies as the Incoming Light continues to unfurl the ‘mental tangles’ and re-establish the pristine EMFs of all humankind.

So, shall we not support those who support stability of Mother Earth who loves us so, and sustains us with every breath? Does it not make sense, when we feel the need to ‘put the brakes’ on Ascension, for us to clear our own feelings of Fear and Anger, rather than projecting our feelings onto those who work to ensure our own physical, mental and emotional well-being?

I do feel this is the best course of action, and yet I understand the difficulty of working with my own Free Will, my own hologram, my own timelines, rather than blaming others or judging their vision of reality.

I wish each of you the very best in clearing through the mental tangles. May  health, wealth, love, and balance be yours from this day forth!