Here is a story about two ghostly folks I encountered at a fallen down cabin on the Navajo River. The first video is of the San Juan River, of which the Navajo River is a tributary. Juanita Cemetery is at Pagosa Springs, CO. This junction of County Rd 500 and Juanita Rd is otherwise only marked by the presence of the Navajo River Ranch …

[short videoclip of a bend in the San Juan River, east of Arboles, in Southern Colorado]

I am out here at the junction of a dirt road, Route 500, which goes from the north edge of Navajo Lake, up the way, down this way to Pagosa Hot Springs. And then there is another road here, Route 551 [pans to intersecting, dirt road] that goes off, down this way … all the way to Dulce, New Mexico.

Right now I am over here at the Juanita Cemetery. I stopped by here, and checked out all the names on the crosses, and like that, because of something that happened on the way down towards Dulce, which I will tell you about right now.

I was going down along the river [looks left, while standing in front of the cemetery] … that side of the river, because the rivers come together at the junction. And I came across a couple of houses … I have pictures of them …

… and I was just wondering about the history of the houses as I left. and I started to hear the voices of two people talking …

On Speaking with Ghosts. I will say that this does happen to me once in a while, but not very frequently, that I hear what you all call ‘ghosts’ … Some people call them ‘Earth-bound spirits’ … They might be very attached to being where they are. They are not quite ready to pass, when they pass on. Or in this case, they were taken by surprise. And so they just were not quite prepared for leaving.

And so people call them ‘Earth-bound’, but really, they are just hanging around their favorite places, trying to come to some conclusions before they move on, on the astral plane, to all the Soul learning that is available to them there, and also on the mental plane.

Sometimes I think that, if there is a sudden incident or upset on passing, there is an upset body elemental memory that stays, and can talk, and all that, but does not really know that it has passed on, and is waiting to resolve some Soul upset. You know?

That is what I call a ‘fractal’ … It is a memory; it is a kind of a part or energy of the great Soul that went on, but it is not really the Soul. It is a trauma energy, an audiovisual clip that remains, and continues to replay an upset scene …

On the Ghost of a Mormon Child Named Gad. You will recall, a year or so ago I went to a Mormon cemetery that is now on Native American lands. [Homol’ovi State Park in Arizona]

First, while I was walking, I ran into … I am not sure of the right name of it … It was like a Happy Hunting Ground, an afterworld …

A group of Native Americans who had passed on, passed by overhead, and were talking to me about the situation. There was among them someone pretty wise.

And so after that I went to the Mormon cemetery there. There had been a catastrophe at that settlement … a flood and famine. A lot of little children had died. Then there was a young child … about 8 years old, I think? … who passed on too.

His ghost, which still lingered, was upset about a number of things. His name was Gad. I asked him about it. He said his parents called him Gad because he asked so many questions, he reminded them of a gadfly. [laughs]

We chatted for a while. He was not really ready to leave yet, you know? Sometimes fractals, or ghosts, are ready to see the guardian angels and go to the Light, and sometimes they are not.

I figure, we just have to leave it in God’s hands. If we do our best to help them, and they are not ready yet, then we leave God in charge of that situation.

The Story of the Ghostly Pioneer Couple Jasper Dunkins and Irene (‘Iris’) Kirkwell (Kirkwood) Dunkins
by Alice B. Clagett
1 September 2018

And that is what happened to me again today. So, I will tell you the story that happened … I was leaving from this log cabin that was starting to fall down. At first I heard the voice of a country man. He called himself ‘Jasper’ … ‘Jasper Dunkins’.

And pretty soon his wife chimed in. He was not real clear about her name … I think her name was ‘Irene’, and he liked to call her ‘Iris’. She said that her last name was ‘Kirkwell’ before she was married, and that the family changed it from ‘Kirkwood’ to ‘Kirkwell’.

So I asked them what the story was: I asked them if they knew that they had passed on. And the gentleman, Jasper, said: Well, no.

And I said: Well, when was the last time you had anything to eat?

And then I got that they both passed on right around the time they drank that sagebrush tea.

Irene seemed to take very much to the Angel Realm, but Jasper was not ready to leave. So she came back, to be with him.

And so I had some chatting with them. I heard from her that they were actually heading to California, but they stopped where they were. And I asked them whether they had any children.

And Jasper answered; he was pretty upset. Well, he said, Four passed on, but four made it.

And Irene said: That is because we couldn’t take them to the doctor … and something about whooping cough. [sighs]

It kept coming up, a couple of times, that their bodies were never found. And so I think this is the problem here: That they didn’t maybe get a decent burial.

That is why I stopped by this graveyard: To see if, maybe, there was a monument or stone or marker for them. And I didn’t see anything. [sighs]

So what I would ask is for those of you that are willing, just say a little prayer for all the Souls who are deceased, who have left their bodies … all our family and friends and all the people that went before us, in places that may not be marked by tombstones.

Maybe nobody ever found their body, and they did not get the kind of burial that we would hope that they would get, to help them release their own sadness and go on.

We can pray, especially right now, for Jasper and Irene’s Souls, that they may find peace, and maybe a monument for them might be placed. Maybe I could come up with some marker …

And for their four children that passed on, that they should find peace too. And that those children who may still be alive, should hear this, and know this: That those two whose bodies were never found, passed on at the time that they had some sagebrush tea that had leaves all balled up, and apparently something a little wrong with it.

God bless them. God bless all that ever knew them.

And God bless you too, for your prayers and for your good intentions.

[short videoclip of the graveyard] 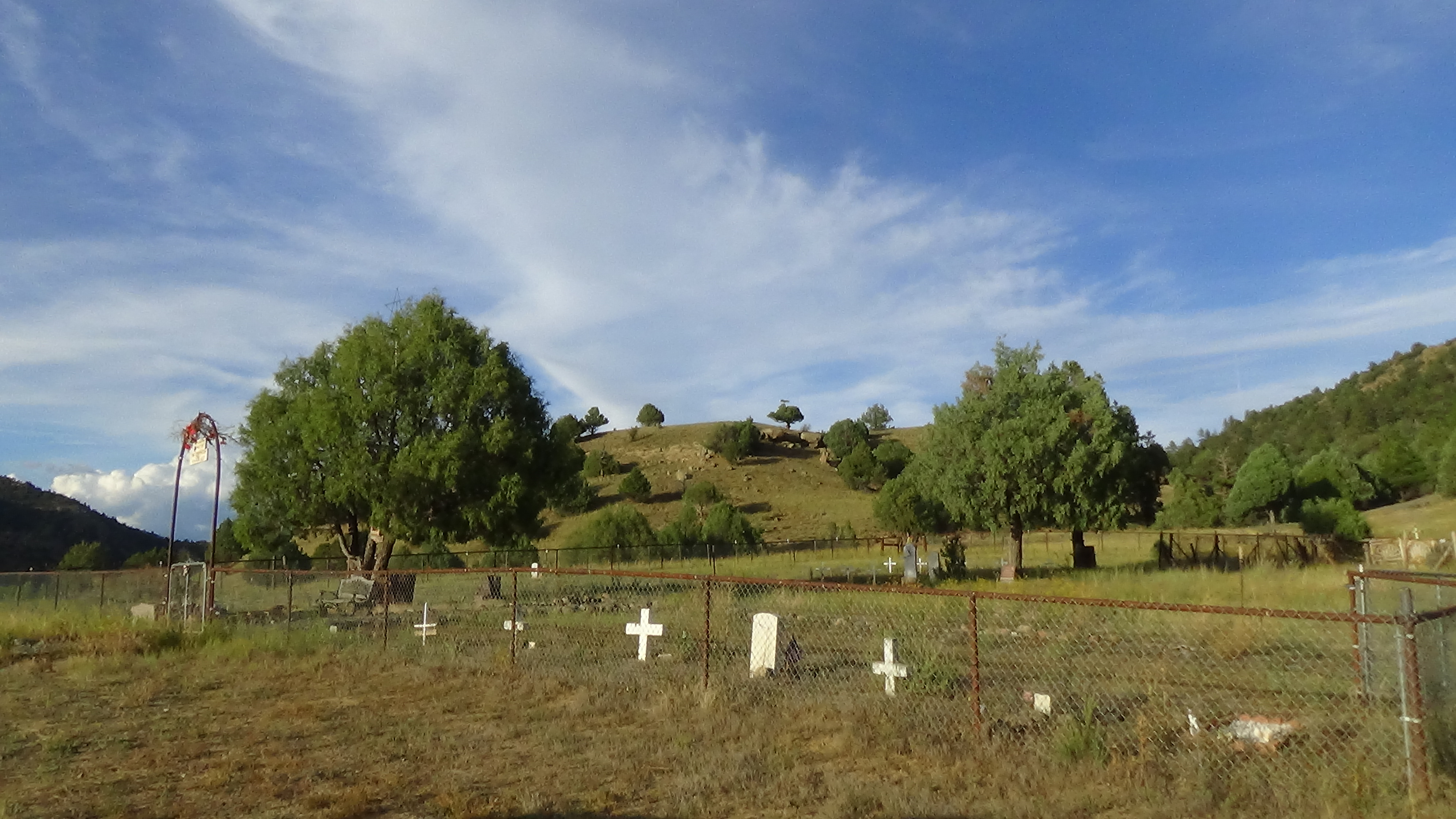 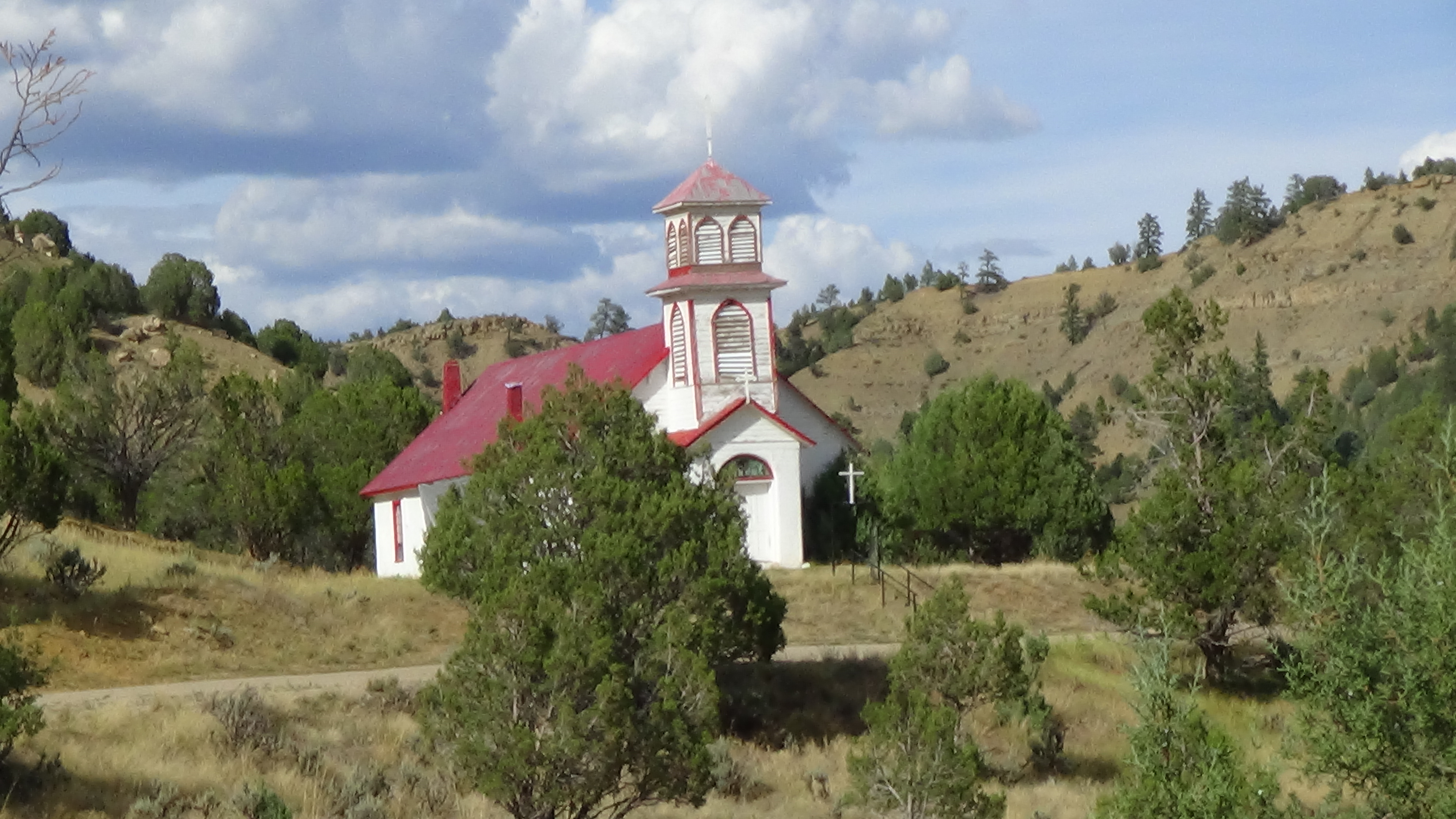