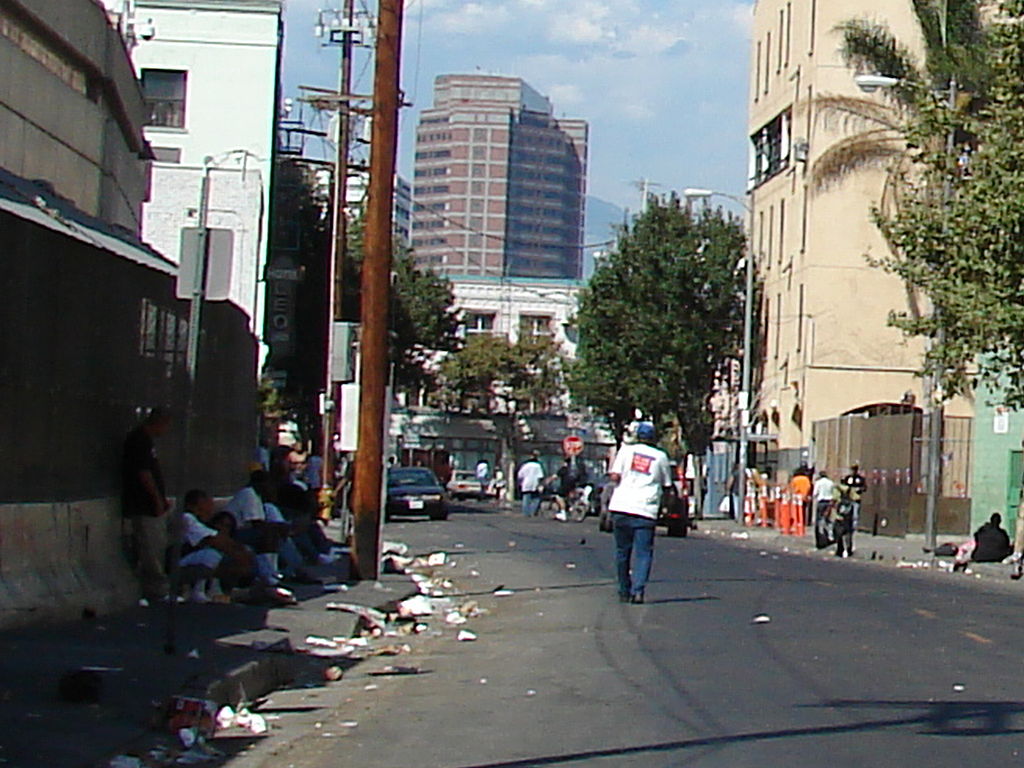 I feel that the United States is experiencing a down-spiraling into what appear to be the sort of problems that underdeveloped nations have been facing all along. We are doing this in headlong fashion, while still understandably looking to the high standards of our dream that America is a land of opportunity for all.

Thus we are missing the mile markers and warning signs that action must be taken right away so as to solve the problems at hand. But what action is it that begs to be taken?

My hope is that there may be a middle path … a path neither ultra-right nor ultra-left … a path based upon viable solutions that have already proven to be of merit in other countries with problems similar to our own.

Then there are those who have sufficient money for food and clothing, but not enough to allow them to be housed; those people just need low-cost housing. And I believe that is in the works, in Los Angeles. But it may be some while before sufficient low-cost housing is available.

THE ADVANTAGE OF A STAGED APPROACH TO THE HOMELESS PROBLEM

I believe that taking a staged approach to solutions for the homeless problem has merit. It would empower us, neighborhood by neighborhood, to break the stalemate of not having enough money to implement a solution. It would give us a direction and a purpose. It would be cost effective. And the results would be immediate, for the homeless would no longer be camping out illegally on public and private property in our neighborhoods.

I feel we must begin with a Stage One plan now, that being to get the homeless off the streets, even if that means setting aside tenting areas for them, and providing tents, with some form of security to prevent violence amongst the homeless, or by others against them, such as fences, camp overseers. and law enforcement patrols. The homeless, I feel, surely ought to have safe turf to call their own, during a well-defined Stage One of the homing process.

Segregating Homeless at Stage One by Need. Stage One, I feel, it might be best to divide the homeless population up into segments, so that the needs of each segment may be more easily met; for instance, women who are alone, couples, families with children, the handicapped, those suffering from addictions, and single men who are able bodied and want to find work.

There are already plans underway in this regard. For instance, in the community of West Hills, the Neighborhood Council has established a Homelessness Committee that is working towards solutions to the issue of homelessness, and which offers information on available resources …

Stage Two Work Camps for the Homeless: A Lockable Shed, and Work at Less Than Minimum Wage in Exchange for Social Services

I suggest, as Stage Two, work camps with a bare minimum of lockable, ventilated shelter, as with a Home Depot shed.

Employment services might be offered, with a foreman, for day labor. The work camps might provide a very low wage similar to that offered in California prisons. The work might help fund their health care, housing, food, and water. And those employed there could use their salary that they get for incidentals.

Stage Three: Group Housing, and Employment in the Community

For those who do well in day labor, the work camp staff could be on the constant lookout for better paid employment for them. If steady work is found, then perhaps group housing could be made available, perhaps in groups of roommates or dormitory groups, to keep the cost of housing low until sufficient low-income housing has been built.

That is just one way of staging recovery from homelessness; I am sure many more suggestions are being put forth. The important thing, by my lights, is the notion that we can act now. Right now, we can do something,

Should we Angelenos get together in our neighborhood councils and decide to provide small, secure lots for the homeless to pitch their tents in, we could get them off the streets and out of harm’s way in no time.

This, I feel, would be a win-win situation, as homeowners and shopkeepers will no doubt be relieved of the unsettled feeling they may have been experiencing regarding illegal encampments on public and private property here in Los Angeles.