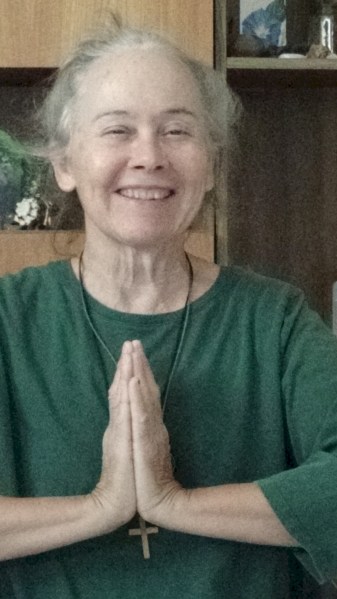 Here is a video on the topic of propensities. After the video is an edited Summary …

A person can have a tendency, for instance, to meditative mind, created by past actions of meditation.

These types of ‘acting out’ propensities are the sort of thing that communities tend to label ‘crimes’.

What they mean by ‘crimes’ is that the propensity of the mind that acts out these particular scenarios … in the heart of hearts of each person in the community, it is clear that the thoughts being broadcast, the emotions being felt by the people who have these propensities are doing damage to the community.

And so, they attach a penalty to it. The penalty is ‘time’ … time in prison, or community service, or a penalty of money … it could be a fine; something that the community feels will remove those thoughts and those emotions from their immediate vicinity for awhile, so that their children can grow up peacefully and happily, for productive lives.

My own propensity is towards a meditative life. In the early years, I would meditate every morning, and try to develop the meditative mind propensity. Then in later years I began to feel a meditative mind all day long, with rare exceptions. I would feel, more and more often, meditative mind, no matter whether I was out in the world; or if I was working on a project at home … whatever it was.

So, after awhile, whatever it is that we are thinking about, and feeling, and ‘acting out’ in the real world tends to integrate as a part of our personality.

So that is ‘propensity’. If you would like to know more about propensity, search my blog for the category: Samskaras – karmic miasmic patterning – morphogenetic field distortions … ‘Samskaras’ means ‘propensity’ in a foreign language.

So long till next time.

In love, Light and joy,
Alice B. Clagett
I Am of the Stars 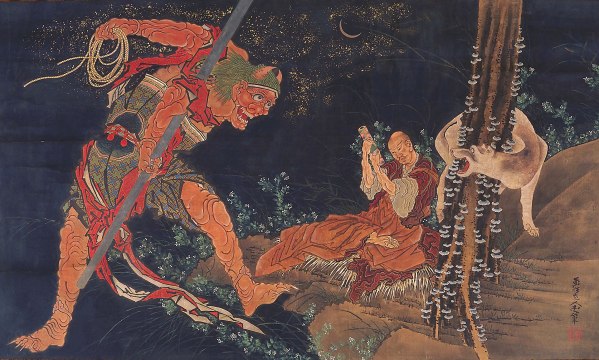 Image: “Kukai (Kobo Daishi) Practicing the Tantra, with a Demon (Oni) and Wolf,” by Katsushika Hokusai, Edo period, 1760-1868, in Wikimedia Commons … https://commons.wikimedia.org/wiki/File:Kobo_Daishi_Practicing_the_Tantra,_with_Demon_and_Wolf,_by_Hokusai.jpg … public domain … COMMENTS: The Kukai is developing a good propensity, as may be seen by his peaceful demeanor. The Demon has been ‘acting out’ a bad propensity, as can be seen by his awful visage. –Alice B. Clagett

Image: “Kukai (Kobo Daishi) Practicing the Tantra, with a Demon (Oni) and Wolf,” by Katsushika Hokusai, Edo period, 1760-1868, in Wikimedia Commons … https://commons.wikimedia.org/wiki/File:Kobo_Daishi_Practicing_the_Tantra,_with_Demon_and_Wolf,_by_Hokusai.jpg … public domain … COMMENTS: The Kukai is developing a good propensity, as may be seen by his peaceful demeanor. The Demon has been ‘acting out’ a bad propensity, as can be seen by his awful visage. –Alice B. Clagett

For years now, on the astral plane, I have been noticing the malware that attempts to infect Sacred Sexuality. Lisa Renee speaks about this in the below-referenced blog as well. I am leaving it to her to standardize the lingo.

Lisa Renee is amazingly intuitive. I am deeply grateful for her presence on Earth.

“Anti-HG Technology is short for Anti-Hierogamic Technology which is a gender splitter weapon that has been identified by gridworkers which note that it has impacts upon the Lightbody and is a form of targeting individuals with assorted Electronic harassment designed for Mind Control. This technology targets Starseed or Indigo groups that are embodying sacred marriage […] LISA RENEE: “Anti-HG Technology” — Dreaming With Dolphins

Here is an interesting read, in case you know anyone diagnosed with obsessive-compulsive disorder …

In my own work, from an intuitive stance, I find indications that the psychiatric diagnosis of obsessive compulsive disorder sometimes seems to relate to multiple personality disorder (dissociative identity disorder). That is because it seems to me that full-on OCD may be accompanied by fugue state and acting out of violence that is unremembered in the normal, laid-back state of OC (that is, the likeable OC personality that we associate with the TV series “Monk” and with the Jack Nicholson movie “As Good as It Gets”).

I note in the above-cited NIH article a quotation by James S. Julian. The quotation was taken from his book “A Secret Life,” 2019, p 9, 163. Apparently James Julian was diagnosed OCD and received medications for that.

He says he has felt as if he were possessed by the devil. Then just after that there is a quote by him that has to do with other people’s minds. This is the sentence that begins with the words “Wherever you”. It is interesting to me how that sentence is phrased, as it seems to me it might be difficult for most people to figure out what it means.

It seems to me, as an intuitive, that James Julian may be saying in that sentence that he is able to read other people’s minds either through possession (by being inside their minds with them), or else by sending his mind to hover just outside their minds, so that he can discern what they are thinking.

END_OF_DOCUMENT_TOKEN_TO_BE_REPLACED

Here is a video on the CME high tide that has been scrubbing Earth’s noosphere clean of misqualified energies for the last few days. There is a Summary after the video …

This is a report on the multiple CMEs that have been glancing past the magnetosphere of Earth the last few days, and are anticipated to continue along those lines for today and tomorrow.

I was not expecting too much; so far, just a series of Kp=5 alerts from “Space Weather” … https://spaceweather.com … because of the glancing effect and the M-class flare effect. No X-flares so far.

It is great good luck for Gaia right now … extremely good luck … and a blessing long awaited and happily received. Till next time, Dear Ones …

Here is a video about how bad advice received while a person is in a state of drunkenness or when the person is half asleep can persist as a ‘samskaric impression’ or ‘samskara’ in the subconscious mind and cause trouble for them later on.