This is about the process of Awakening to the fourth dimension, the vividness of sexual emotions felt on the astral plane, training of the desire elemental, and integration of the physical body with the astral body, the Lower Mental Body, and the Higher Mental Body.

An edited Summary follows the video.

How Emotions Are Sensed Much More Vividly on the Astral Plane

This is about the nature of sexual feelings on the astral plane. As you may know, if you are a student of Arthur E. Powell’s compilations of the School of Theosophy texts, the astral plane is a medium though which our astral matter can sense emotions much more directly than can we in our physical form. The result of that is, that emotions found on the astral plane are very vivid, strikingly vivid compared to anything that is experienced while in form and feeling form.

As People Become Multidimensional, They First Expand Into the Astral Plane, Where They Become Aware of Their Passions

So when people begin to expand into the astral plane, during this process of the Awakening, one of the first things that happens is they become semi-somnambulantly aware of the passions of the astral plane, principal among which is sexuality.

Now in the lower triangle, the energies of the lowest three astral chakras … up to the navel point, in the old-style chakric numbering system, are mostly emotion, and very little thought. So the thought forms of the lowest three chakras in the astral plane are mainly what they call kama, rather than manas.

As you may know, thought forms are made of an emotional component, or kama, and an intellectual or ‘thought’ component, so they are known as kama manas. But depending on the chakra, there are varying proportions of kama and manas in the thought form.

Now in the very lowest chakras, it is mostly emotion … kama. And in the very highest chakras, it is mostly pure thought … manas. Down in the lower chakras … the second chakra, for instance … the gears go pretty slowly. The wheel turns pretty slowly down there, and that lets the relative largeness of intense feelings of sexuality penetrate that chakra.

Further, the more sensuous and the less sentient thought forms are, the more they connect with the Unconscious Thought Cloud of the World.

Individuation: A Process of Personal Transformation, According to Carl Jung

According to Carl Jung (1), “Individuation is a process of transformation whereby the personal and collective unconscious are brought into consciousness (e.g., by means of dreams, active imagination, or free association) to be assimilated into the whole personality. It is a completely natural process necessary for the integration of the psyche. [5]Individuation has a holistic healing effect on the person, both mentally and physically. [5]” — from Link: “Individuation,” in English Wikipedia … https://en.wikipedia.org/wiki/Individuation … Creative Commons Attribution-ShareAlike License ..

‘Individualization’ is a word from the esoteric texts that means you are fully differentiated from other human beings. You are not like the nature spirits (which are mostly in the astral realm, I think) and the beasts and animals on Earth (which are physical), in that both nature spirits and physical animals have group Souls.

So the Soul of the fully individualized human being consciously knows and is spiritually adept at the understanding that it exists separate from all other human beings … in relationship with, in alignment with, and in harmony with the Will, the Heart, and the Mind of God.

Lack of Individualization in the First Three Chakras

But when a person is striving towards that understanding, there is some degree of lack of individualization in their first three chakras … what is known as the ‘gut brain’ sometimes, the ‘lower triangle’ in yoga, and the ‘Lower Mental Body’ in the School of Theosophy.

The Waking Dream and the Recurrent Nocturnal Dream

How this lack of individualization, or greater admixture of kama in the lower chakras manifests, as we begin the Awakening process is as a waking dream, or something that we experience over and over again in the dreamtime realm as we sleep, and finally wake up one day and catch just the tail end of what is going on. And from that point on, we start to understand that we have been logging onto the desires of all the other humans in the world, and also perhaps of ghosts and nature spirits on the astral plane.

The Illusion of the Chaste Astral Sexual Dream

In our hearts, as we lie dreaming, we may feel chastely bonded to one other human being; that is the mental pedestal that allows us to dream of sexuality … this bonding with one other person.

The Reality of the Astral Sexual Stew: The Collective Nature of Desire

But in the gut brain, what is really happening is a little like stirring soup … there are thought forms, especially emotional thought forms, from many different people, joining in serendipitously, at the same time, in this cooking of the soup or stew of each person’s sexual desire. So the first thing to do is to wake up to this … to wake up to the collective nature of that desire.

For the Noble Human Being: On Subduing the Astral Beast

And then if our intention is to be a noble human being, and a great yogi, and a wonderful spiritual adept, then the next thing to do is to train our ‘desire elemental’ … the being that directs the activity of the lower three chakras … which has somewhat a mind of its own, according to Arthur Powell …

… which can go off on its own direction, if it is not carefully nurtured, told that it is loved, and trained to do what the Higher Mind and the Spirit want it to do here on Earth: What we want to accomplish as Souls. What our Soul mission is here on Earth.

On The State of Half-Wakefulness

So in the ideal situation, for the awakened person, the desire elemental does the bidding of the Higher Mental Body and of spirit. It is relatively easy to undertake this step. But it is a very difficult process of awakening a little, falling back to sleep, awakening a little, falling back to sleep, and so on, for years and years, before we reach the determination to do that training.

The Breast Stroke. When I see people slowly waking up … which is happening all over Earth today … it reminds me a little of people doing the breast stroke. Part of the breast stroke involves reaching up for a big gulp of air. That is like waking up for a moment. The next instant your head is under water. That is like falling back asleep for a minute. And over and over again, during this Awakening process, and every Awakening process, our Souls do that.

That Cranky Wakeup Feeling. And I would say too that Awakening is … like my cat when I wake her up and she wants to be napping … if I touch her just a little bit when she is sound asleep, she gets a very cranky look on her face. And people do that too, I think. If they are shaken or awoken just a little bit, before they are ready to be awoken, they do that too.

So there is a certain amount of slight crankiness. And there is also this repetitive process. Actually, it is not easy for any of us, even though we have all volunteered … and in many cases, done all this once before.

The Back Stroke: Ever Wakefulness

And so, being more awake, there comes a stage when you flip over on your back, and then you are doing the back stroke. And your head is always above water, and you are always awake. You might get a little water splashed on your head during the process … you might be slightly asleep … and you might have to shake your head to get the water off.

Channeling the Sex Drive. But in general, there comes a point where you know about the sexual drive. And you are able to channel that drive for co-creation of the New Reality … and not just for the tumblings of the tide of the unconscious thought cloud of the world.

I am talking about this because, right now, there are a lot of people waking up to that. So I thought I would offer what has happened to me in the last 16 years, in hopes that your path will be easier than mine was.

I would add: At the moment that individualization begins to step forth as a goal for our Souls … at that precise moment of Awakening … there comes a great longing to return to the unconscious state with regard to sexuality.

I understand…. I remember that great longing. I would offer that what awaits us is far more wonderful than that. But I would validate that it is very difficult to set that aside. So, God’s blessing to all of you on that. 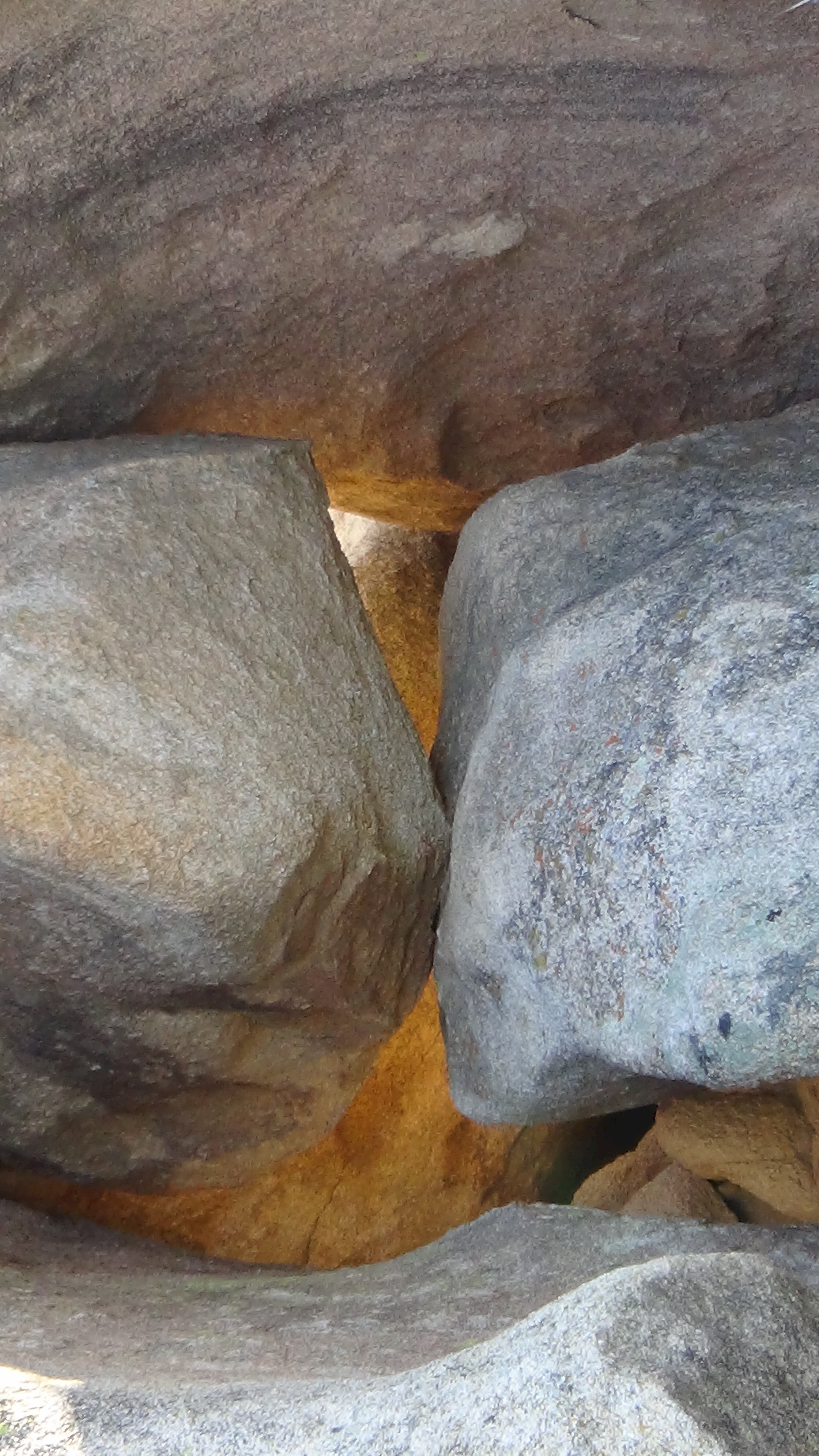 … that Jung had a notion of instincts and archetypes, and also a concept of the collective unconscious.  I like these ideas of his, as these are topics I have been looking into as well. See my blog category: Archetypal images

While he has many good and original concepts, and his work is universally acclaimed as groundbreaking, I note, by way of contrast to my own thinking on the topic, that his appears to be a static, object-oriented model of the personal and collective unconscious.

Only recently did it begin to become clear to me that this object-driven world view was a feature of male ideation prior to Awakening. To awaken, a person removes the object from his thinking; he becomes ‘I Am That Am’. In this way the Self begins to be realized.

Though I am far from expert regarding Jung’s research, I have always felt … well … a little leery of him. In his words I feel a sense of intellect; a notion of classification, list-making, and labeling; a prevalence of causal analysis, together with those flashes of brilliant insight.

From this I derive that his work dealt with integration of the elements of personality, rather than ‘melting’ of the personality into Cosmic Mind.

For those so inclined, I suggest an alternate, more dynamic, >and more comprehensive world view may unfold through exploration of the School of Theosophy books compiled by Arthur E. Powell …

Link: “Books on the Teachings of the School of Theosophy,” referrals by Alice B. Clagett, published on 24 May 2016, revised … https://wp.me/p2Rkym-5ja