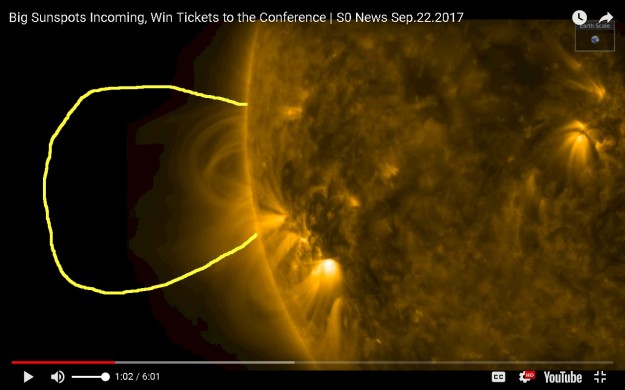 Image Markup: SDO/AIA sun image for 22 September 2017 … public domain because SDO/AIA is .gov … COMMENT: Yellow loop looks to me like the trajectory of a farside incoming big sunspot. –Alice B. Clagett

Image Markup: SDO/AIA sun image for 22 September 2017 … public domain because SDO/AIA is .gov … COMMENT: Yellow loop looks to me like the trajectory of a farside incoming big sunspot. –Alice B. Clagett

Talks with Faeries and Elves