This is about the ‘Forgetfulness Thought Cloud’ of the noosphere. Societal taboos, the desire world, awareness and unconscious thought repression, devas and nature spirits and The Veil of Forgetfulness, death and longevity. An image of the blue Pacific vs sea foam on the beach. There is an edited Summary after the video …

Hello, Dear Ones, I Am Alice.

Mysterious Waves of Sleepiness During the Day

I have an interesting thing to tell you about, that just now happened to me. It happens sometimes when I am driving, or sitting in meditation, or just walking around, doing the chores at home, during the daytime, that I have a sudden feeling that I would like to fall asleep. A feeling of sleepiness rolls over me.

Two years ago, I started wondering what was the cause of these feelings … I just had a feeling that they will not be there in the future, and that if I could figure out what was going on, I could eliminate that kind of sleepiness for good.

The Forgetfulness Thought Cloud of the Noosphere?

I have been trying and trying, but it is very hard to resist that sudden impulse to rest and sleep … very difficult for me. I have been trying really hard! Today was my first instance of success: I was driving along, coming over her to sit for awhile, and one of the waves rolled over me. Fortunately I was right nearly here, so I stopped, and I really felt into that wave of deep forgetfulness that rolled over me like that. I really felt into it, and held it in my awareness for a minute.

And when I did that, what seemed to have no message at all in it … only the notion of sleeping … dissolved. It sort of dissolved, like a little piece of hard bread. It dissolved in that Awareness … or changed into a communication. And the communication was from somebody else. Whether I knew that person or not, I do not know. But it was from another person.

It seemed like these waves of sleepiness came, one after the other … following each other through the noosphere of Earth like a train of forgetfulness, or a train of sleepiness … like the opposite of noospheric NoDoz!

The next wave that came through, I was ready for; I said to myself: This is the way to figure out what is going on. The next wave came over me, and I felt so much like physically sleeping! And I just held that sleepiness in my mind … deep sleepiness, like a command to fall asleep. And the same thing happened: It dissolved! The forgetfulness quality of the thought form dissolved into a brief command, or a brief message, that was laden with the emotion of the desire world.

Is not that something? I mean, it is such a relief to finally have an answer to this question: Why would I suddenly fall asleep? I always felt compelled to do so.

So, just to let you know: If you sit when you suddenly feel like snoozing, and pay very close attention, you may also log onto the forgetfulness thought cloud of the noosphere! [laughs]

Could it be that these waves of forgetfulness constitute … or are some part of … the Veil of Forgetfulness that is spoken about in many theologies? Just a thought: Maybe that is it.

Why the Devas Created the Veil of Forgetfulness

For instance, I remember talking to the nature spirits about the devas, some time ago. The nature spirits were saying that the devas had created the Veil of Forgetfulness so that human beings … when they cross between the physical world back to the astral plane … and from the astral plane back to the physical world … would not suffer so much with the notion that they would pass on again, or that they recently had physical form.

In other words, the devas did this out of compassion for the short-lived human race. Now, it is not that we have to be short-lived; but because of the Age of the Fall, we have been rather short-lived in recent times.

Because we incarnate over and over again, the Veil of Forgetfulness soothes our hearts by helping us to forget the pain that we went through, and the sense of separation we had in a prior lifetime.

How might that work, then? As you know, there is a great deal of societal repression around the thought of death these days … at least, in the United States. People just do not talk about it. They do not like to look at or think about it … at least, not in a realistic way.

As soon as our loved ones pass on, we are likely to try to forget it. And this is understandable because of the pain of separation from loved ones that is involved in death.

It could be … because the devas and the nature spirits are involved in the fashioning of the astral plane … that they have devised a Veil made of the repression of memories of death, that somehow clears the minds of the people passing from one state or phase to the other … clears them of these memories.

So I hope to have an open, neutral mind about all the thoughts that I experience, whether they are from my own mind, or just galumphing in from other people’s minds, I think. And that … for me, at least … will help eliminate this Veil of Forgetfulness. That is my current working hypothesis.

Sea Foam or Ocean Waves?
A Visualization by Alice B. Clagett
12 June 2015

Imagine yourself standing at the seashore on a calm, sunny day …
With the beautiful ocean waves coming in …
Bright blue, and very transparent …
And curling up onto the seashore near your feet …
And then receding back to the ocean …
Leaving behind a little sea foam …
A little lighter and fluffier than water …
In a line, all along the shore.

That sea foam reminds me of these waves of forgetfulness
that sometimes come rolling through my mind.

They are not pure and clear, like mental thoughts.
They are not joyful, like warm Pacific ocean waters.

It is a part of the water … but it is an unusual part.
It is the part that gets left behind by the Flow.

So, I say, Beware the sea foam!
Take a dip in the ocean
instead.

[laughs and waves … Short videoclip of hawks high up in the air, and another videoclip of a hawk flying off from a tree] 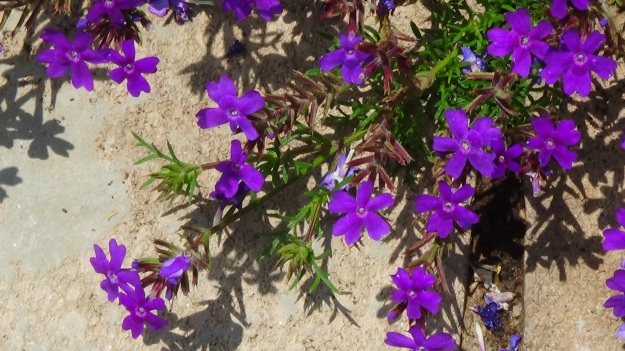